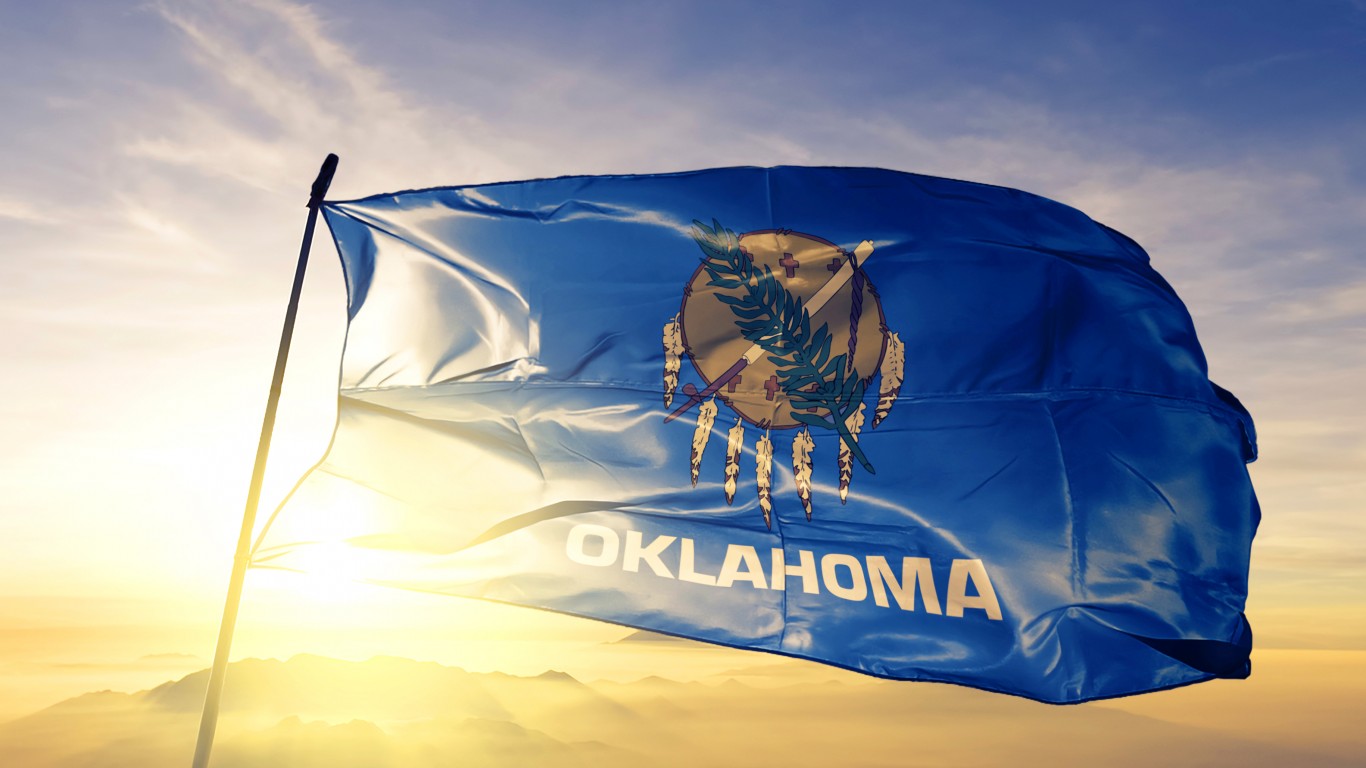 The blue field that is the background of Oklahoma’s flag signifies devotion. The shield is a symbol of defensive or protective warfare. The olive branch, representing settlers, and the peace pipe, representing Native Americans, appear on top of the shield. 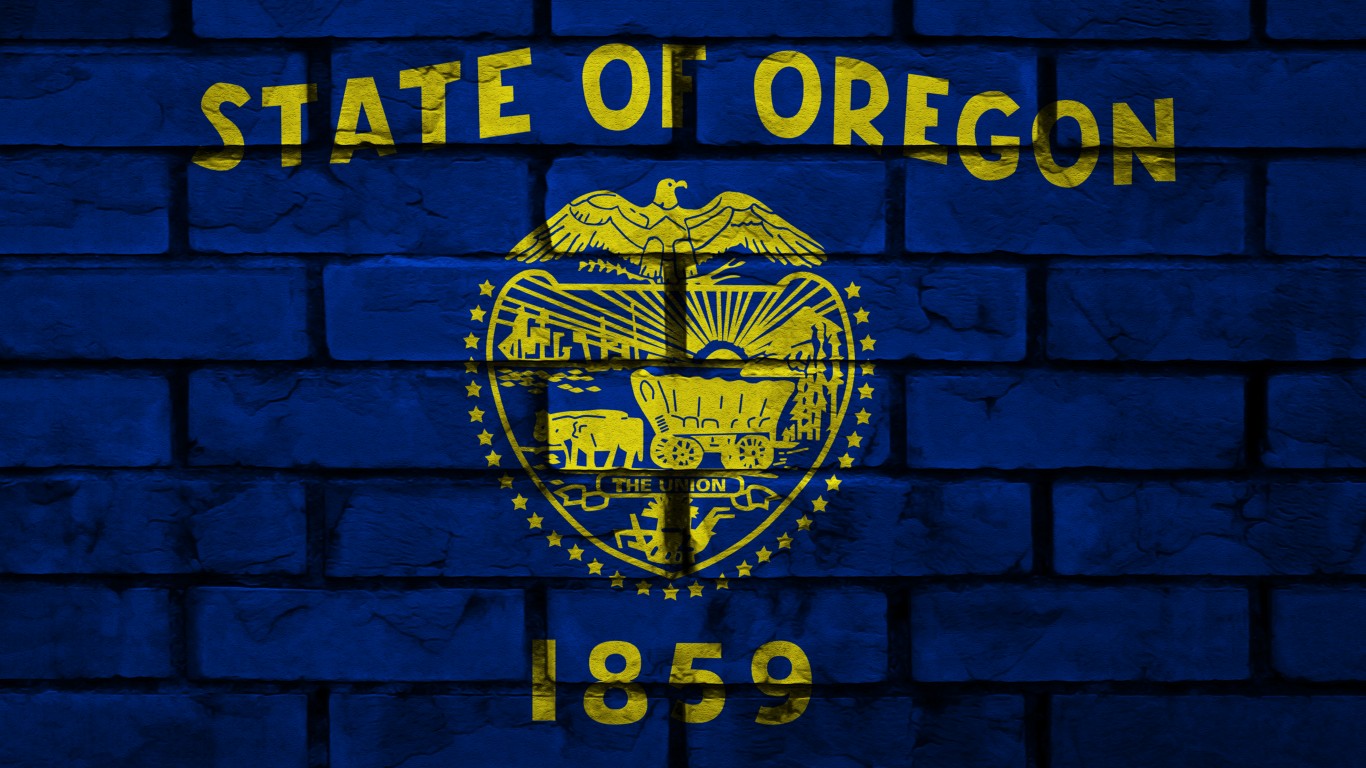 The Oregon state flag is the only U.S. state flag that displays different images on the front and the back. The flag has gold lettering and symbols on a field of navy blue, which are Oregon’s state colors. The front displays part of the state seal. The “1859” stands for the year Oregon was admitted to the Union. The symbols on the shield include the mountains and forests of Oregon, a departing British war ship, which represents Great Britain no longer having any influence, and an arriving American ship, which symbolizes the rise of American power. The 33 stars around the shield signify that Oregon was the 33rd state to join the Union. The back of the flag has a beaver, the official state animal.

ALSO READ: How Each State Got Its Shape 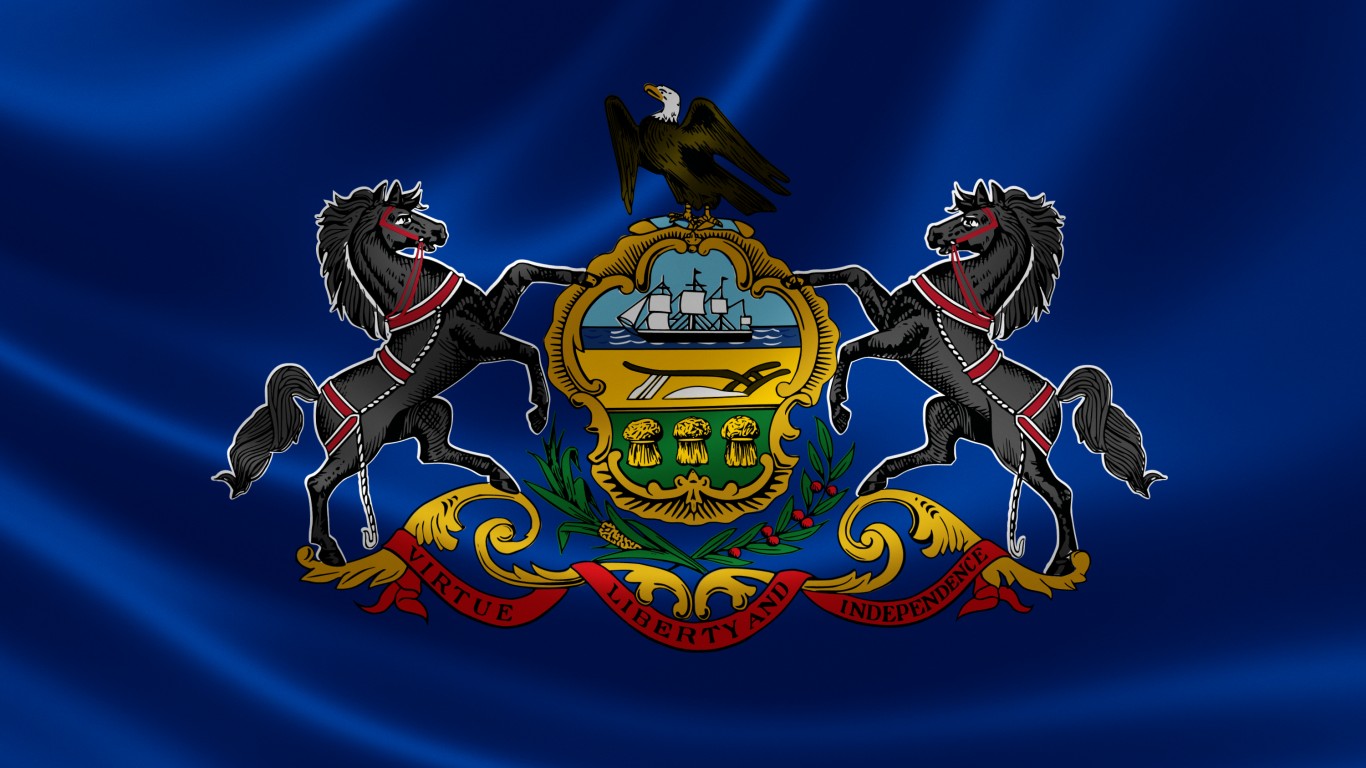 Pennsylvania
> Flag design: State coat of arms on a field of blue
> Officially adopted on: 1907

Pennsylvania’s flag features the state coat of arms represented by a ship and wheat sheaves, representing commerce and agriculture. The two horses standing on their hind legs symbolize strength. The state motto — “Liberty, Virtue, Independence” — appears on a ribbon at the base of the design. 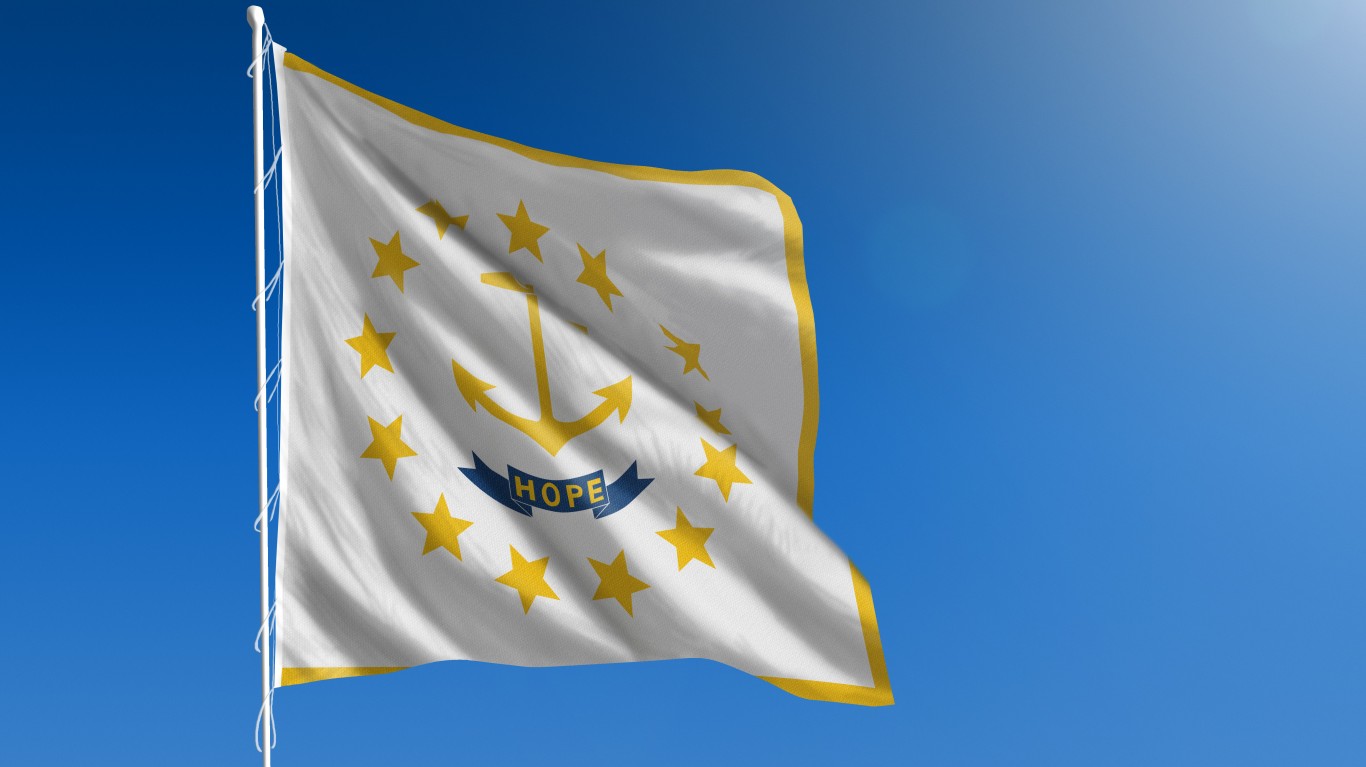 Rhode Island
> Flag design: A gold anchor, surrounded by 13 gold stars, on a field of white, with a blue ribbon below the anchor reading ‘hope’
> Officially adopted on: 1877

Rhode Island’s flag features a gold anchor and blue ribbon with the state motto, “Hope,” surrounded by 13 golden stars, symbolizing the original 13 states. The use of the word “Hope” is believed to have been inspired by the biblical phrase, “Hope we have as an anchor of the soul.” 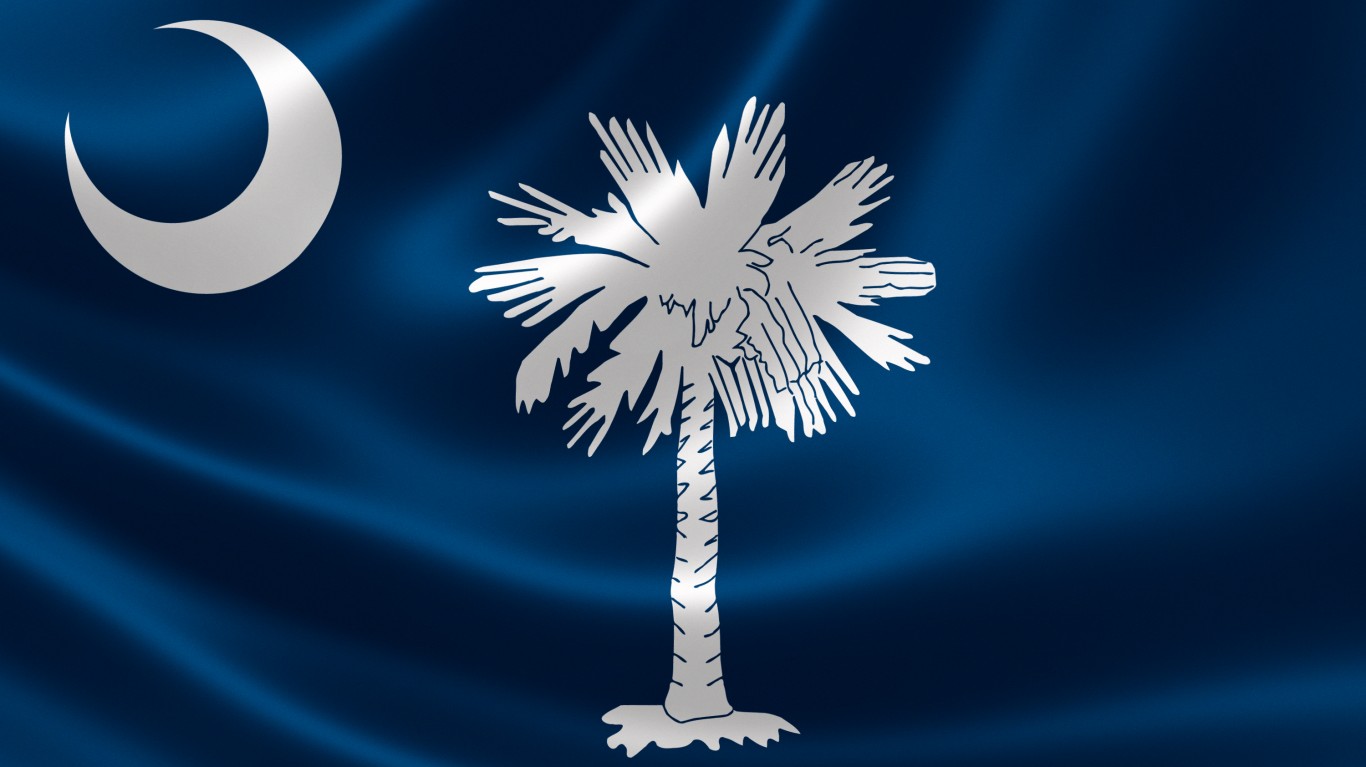 South Carolina
> Flag design: A white palmetto tree on an indigo field and a white crescent on the top left
> Officially adopted on: 1861

The crescent symbol on the state flag stands for the silver emblem worn on the caps of South Carolina troops during the Revolutionary War. The background blue color matches the blue of their uniforms. The flag also features the state tree — palmetto. The tree also appears on the state seal. The symbol of the tree pays homage to the palmetto fort on Sullivan’s Island during the war.