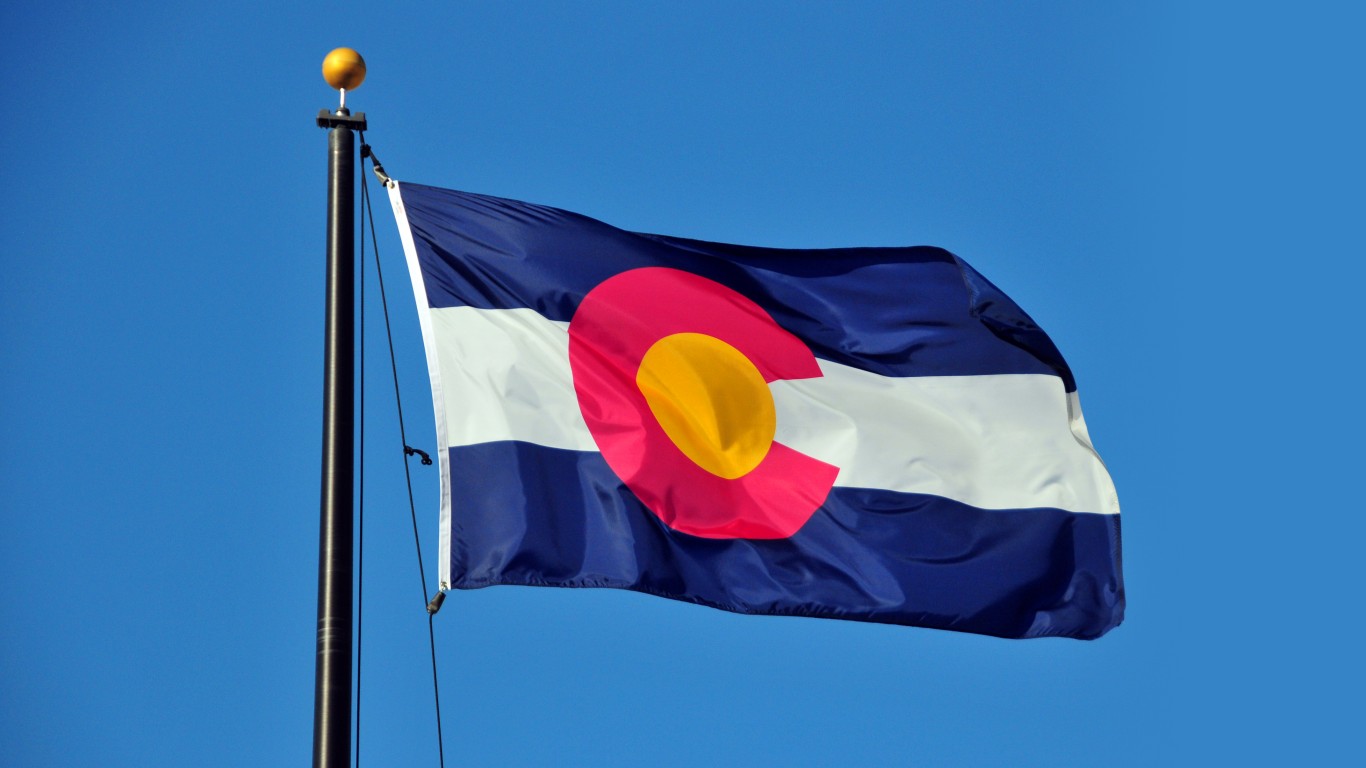 Colorado
> Flag design: 3 horizontal stripes of blue and white, with “C” in the center filled with a golden disk
> Officially adopted on: 1964

The “C” at the center of Colorado’s flag stands for the state’s name but also signifies columbine, the state flower, and centennial, as the state was admitted to the Union on the 100th anniversary of the American revolution. The colors represent the environmental features of the state. White symbolizes the snowy mountain peaks, and gold acknowledges the abundant Colorado sunshine as well as gold production in the state. Blue is a symbol of the state’s skies. 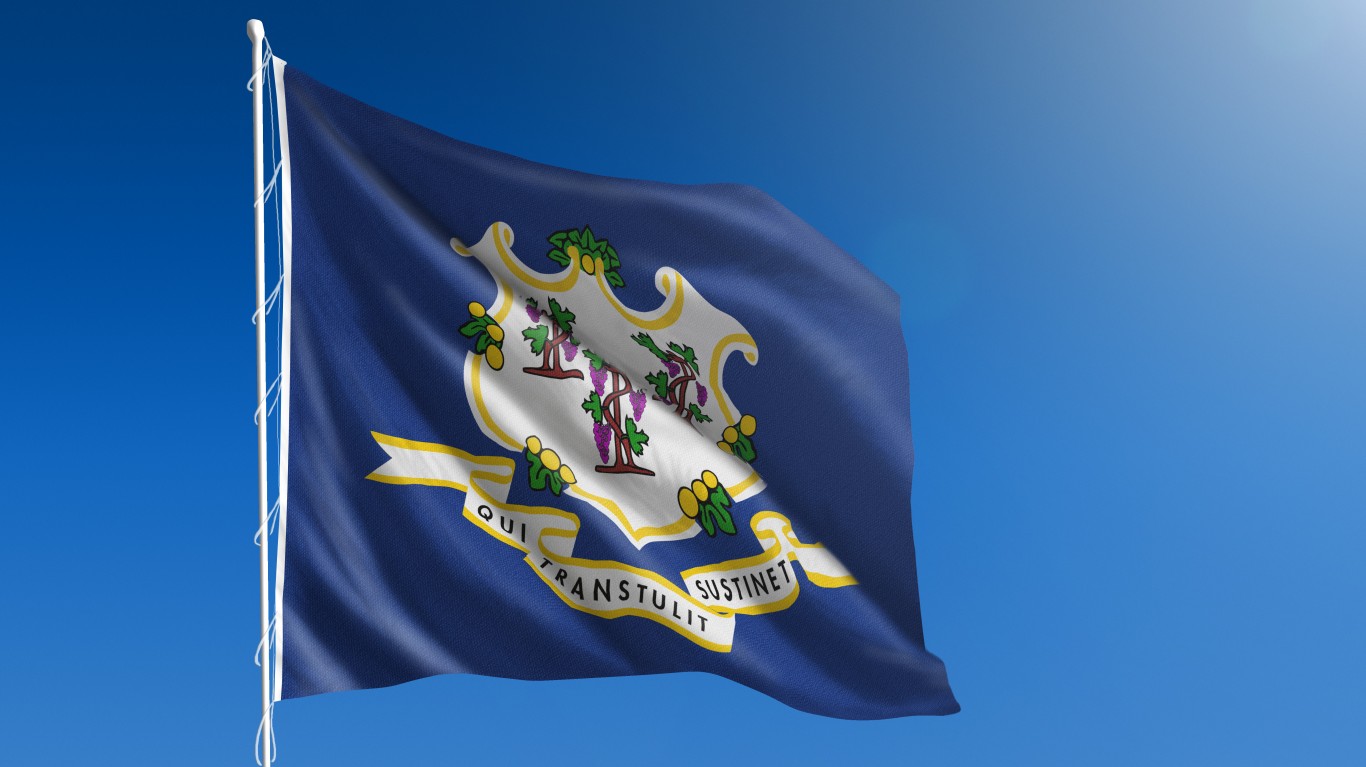 The three grapevines on the state’s coat of arms are believed to symbolize either three colonies in the Connecticut region or the first three towns established in the region by Europeans — Hartford, Wethersfield, and Windsor. The flag includes a ribbon with the state motto, “Qui transtulit sustinet,” meaning “he who is transplanted still sustains.” 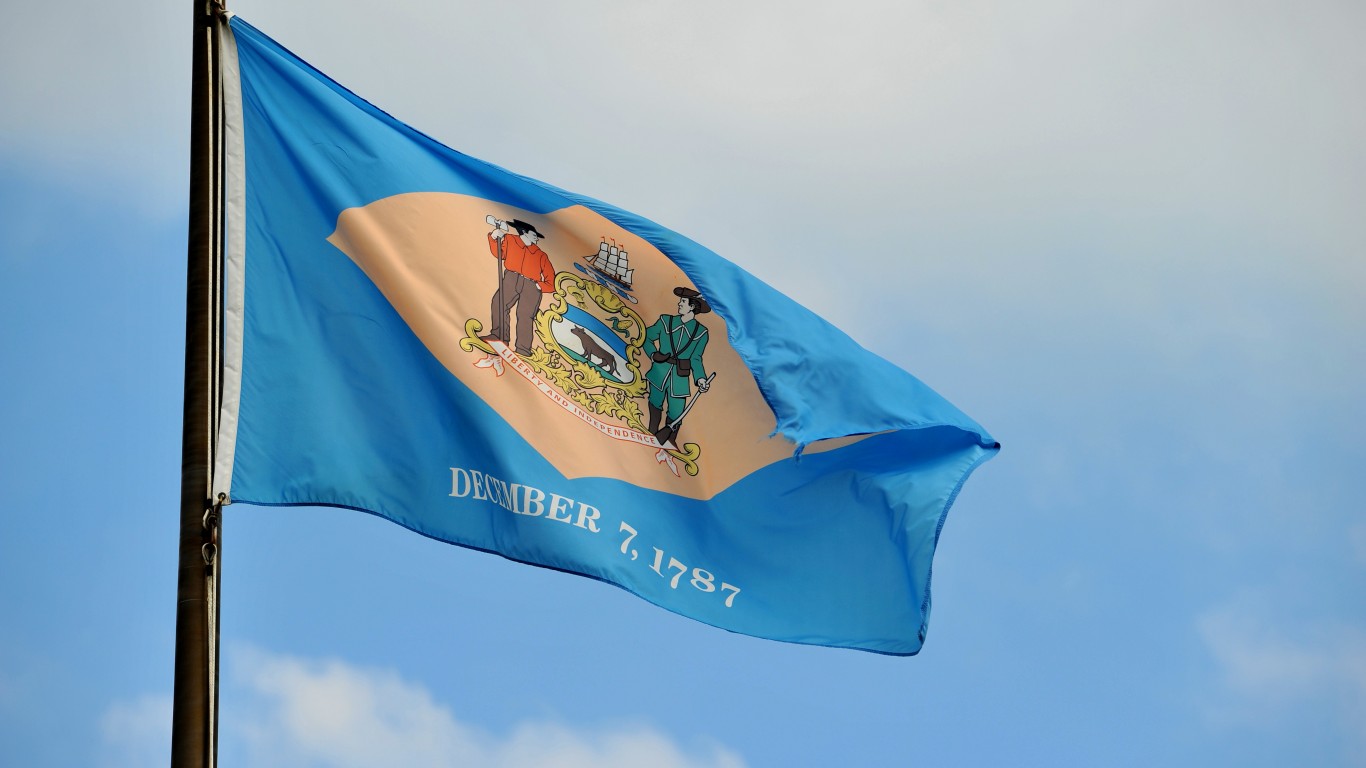 Delaware
> Flag design: A buff-colored diamond on colonial blue, with the state’s coat of arms
> Officially adopted on: 1913

The colonial blue and buff used on Delaware’s flag represent the colors of George Washington’s uniform. “December 7, 1787” is the date on which Delaware ratified the U.S. Constitution, becoming the first state of the Union. The coat of arms has several state symbols. The ship stands for the shipbuilding industry and coastal trade. The militiaman recognizes the importance of the citizen-soldier in maintaining American liberties. The water represents the Delaware River. 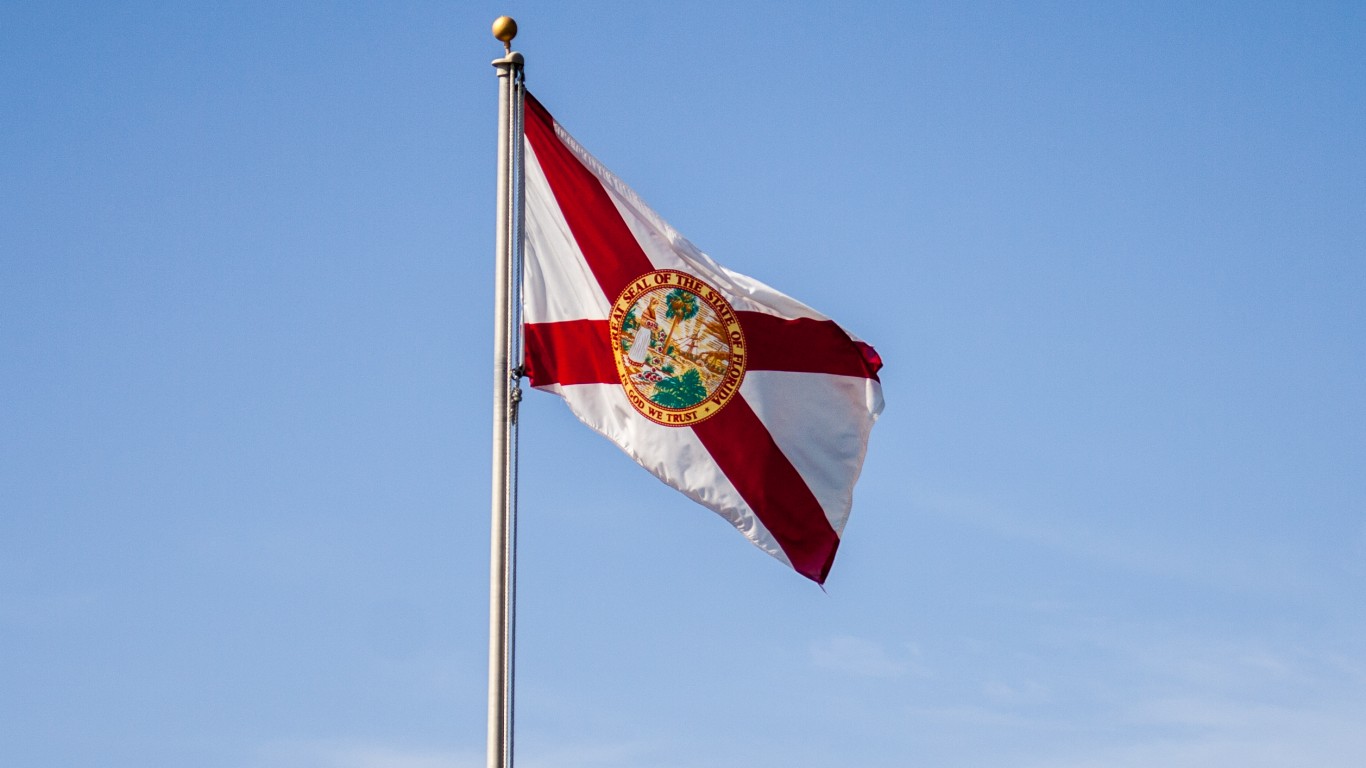 Florida
> Flag design: Two red bars on a white field, with the state seal in the center
> Officially adopted on: 1900

There is some controversy over whether the addition of St. Andrew’s cross to Florida’s state flag was based primarily on the saltire in the Confederate battle flag, or merely an effort to reduce the older flag’s resemblance to a flag of surrender. 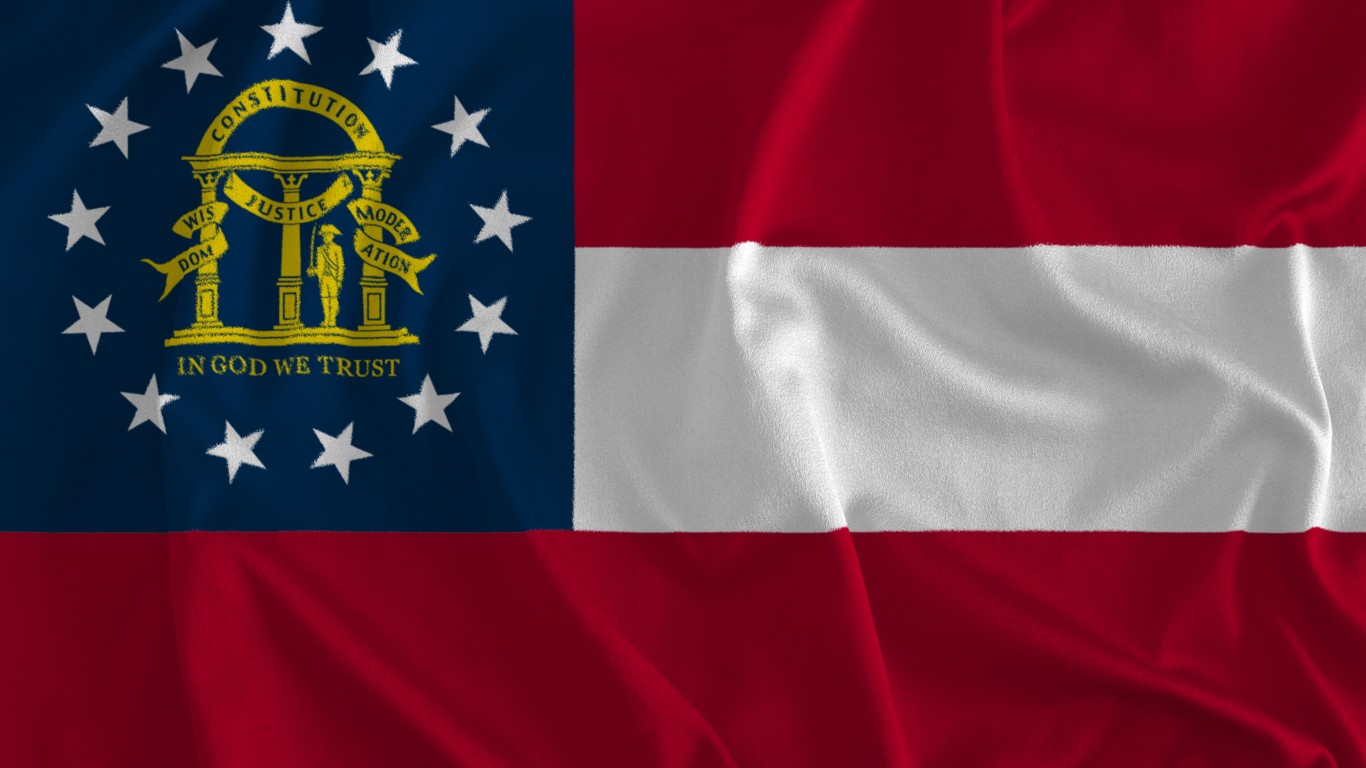 Georgia
> Flag design: 3 red-white-red stripes, a blue canton with a ring of 13 white stars around the state’s coat of arms in gold
> Officially adopted on: 2003

The 13 white stars circling Georgia’s coat of arms symbolize the state and the other 12 original colonies that formed the United States of America. The flag is reminiscent of the Confederate Stars and Bars, with three broad red-white-red stripes and a blue canton, a rectangular area, usually at the top corner that is nearest to the staff.