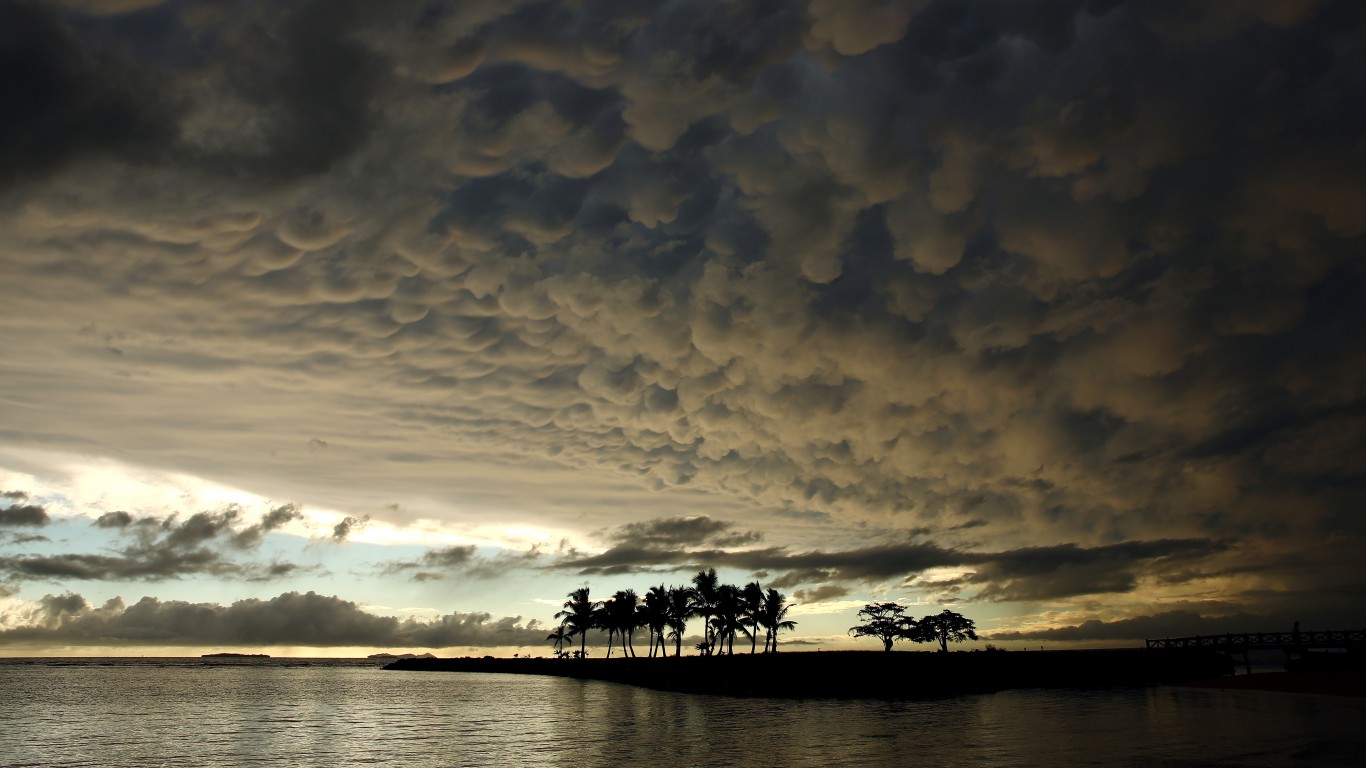 Pummelled by out-of-season cyclones Keni and Josie in 2018 and the deadly category 5 Cyclone Winston in 2016, which killed 41 people and caused $1.4 billion in damage, Fiji is a prominent victim of climate change. The tropical paradise is threatened by increasingly destructive storms, rising temperatures, and increased coastal flooding. Already at least one village has relocated due to rising sea levels. 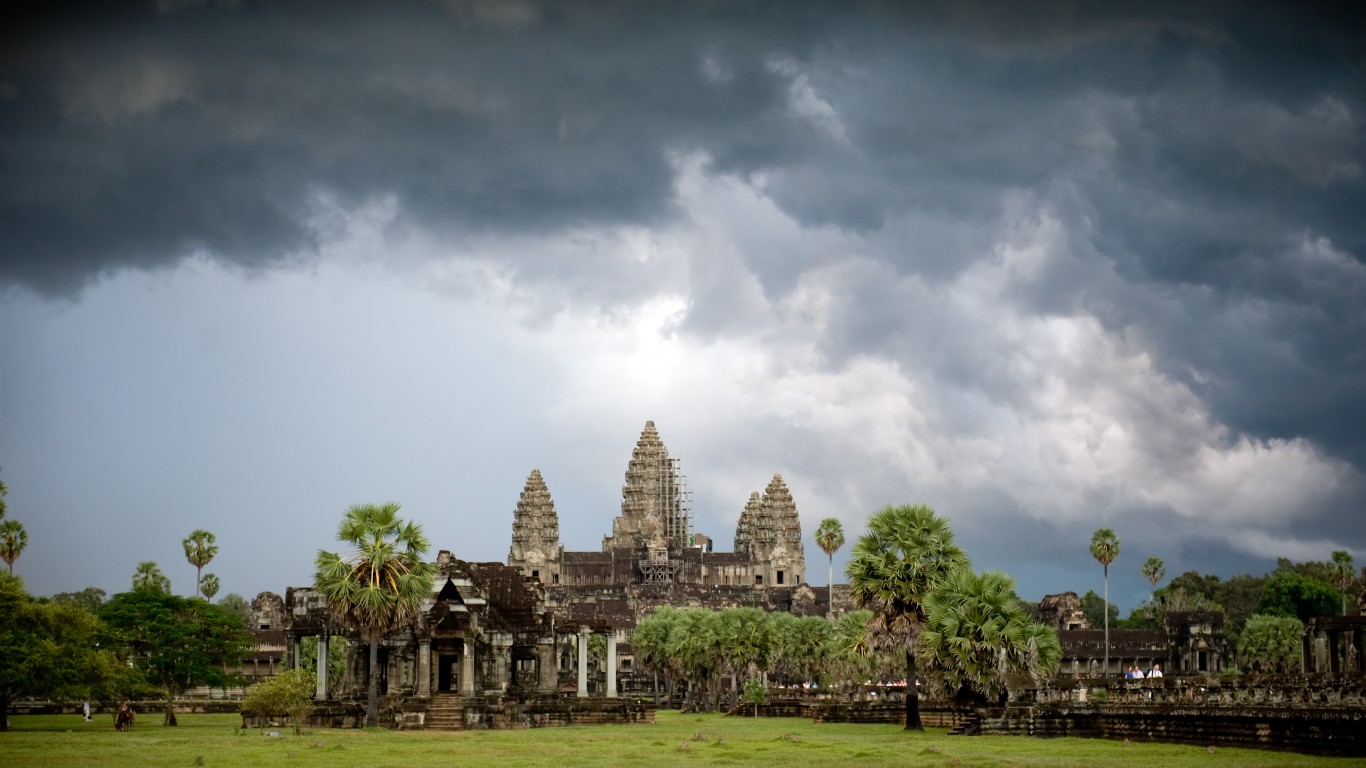 Like its Southeast Asian neighbors, Cambodia is vulnerable to droughts, tropical storms, heavy rainfall, and floods. In 2009, Typhoon Ketsana caused the death of 43 people and affected 180,000 households. Changes in rainfall patterns and rising temperatures threaten public health, and the country’s food and fresh water supplies.

ALSO READ: Number of Foreign-Born Citizens in Every State 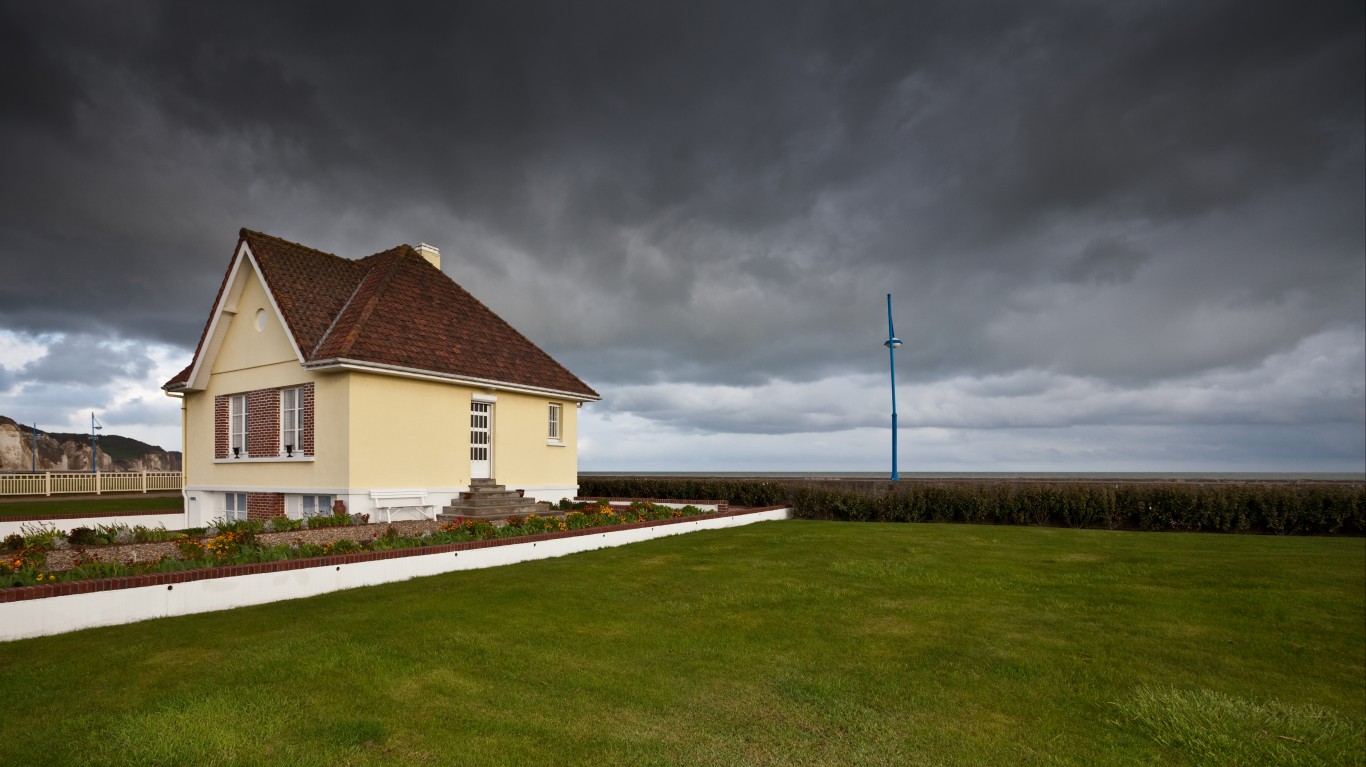 France is experiencing increasingly extreme variations in temperature, suffering from cold snaps in winter and record-breaking heat waves in summer. This year, the country’s wine production is expected to be down by 12% due to late frosts, hailstorms, and extreme heat. Storms that tore through France in June of this year (and are not included in the evaluation) produced damaging hail and destroyed between 80% and 100% of crops in the hardest hit regions. Also in June, France hit a new high temperature of 114.6 degrees Farhenheit, easily beating the previous record of 111.38 degrees measured during a deadly heatwave in 2003, in which thousands were killed. This past summer, two heat waves in June and July were linked to 1,435 deaths in France.

A regular victim of both too-wet and too-dry weather, Madagascar is Africa’s most cyclone-plagued country. Its last tropical storm disasters took place in March 2017 and January 2018. Cyclone Enawo dumped immense quantities of water on denuded slopes, leading to floods and landslides. The disaster killed 81 people and left 270,000 homeless. Cyclone Ava left at least 29 dead and displaced 17,000. Along with increasingly frequent and dangerous storm and rain events, droughts have also become more common. Extreme weather threatens the island’s ecology and agriculture, which is critical to the island’s food supply and labor force.

Like its Central American neighbors, El Salvador regularly experiences a range of weather-related natural disasters such as drought, hurricanes, and landslides. El Salvador’s rainy season — June to November — coincides with hurricane season, so when it rains, there is risk of too much rain. In November of 2009, deadly flooding and landslides initiated a two-year cycle of heavy rains, leaving hundreds dead and thousands homeless. The unprecedented rainfall was followed by two years of drought and a weather-related coffee plant disease. This provided the impetus for many small farmers to emigrate. 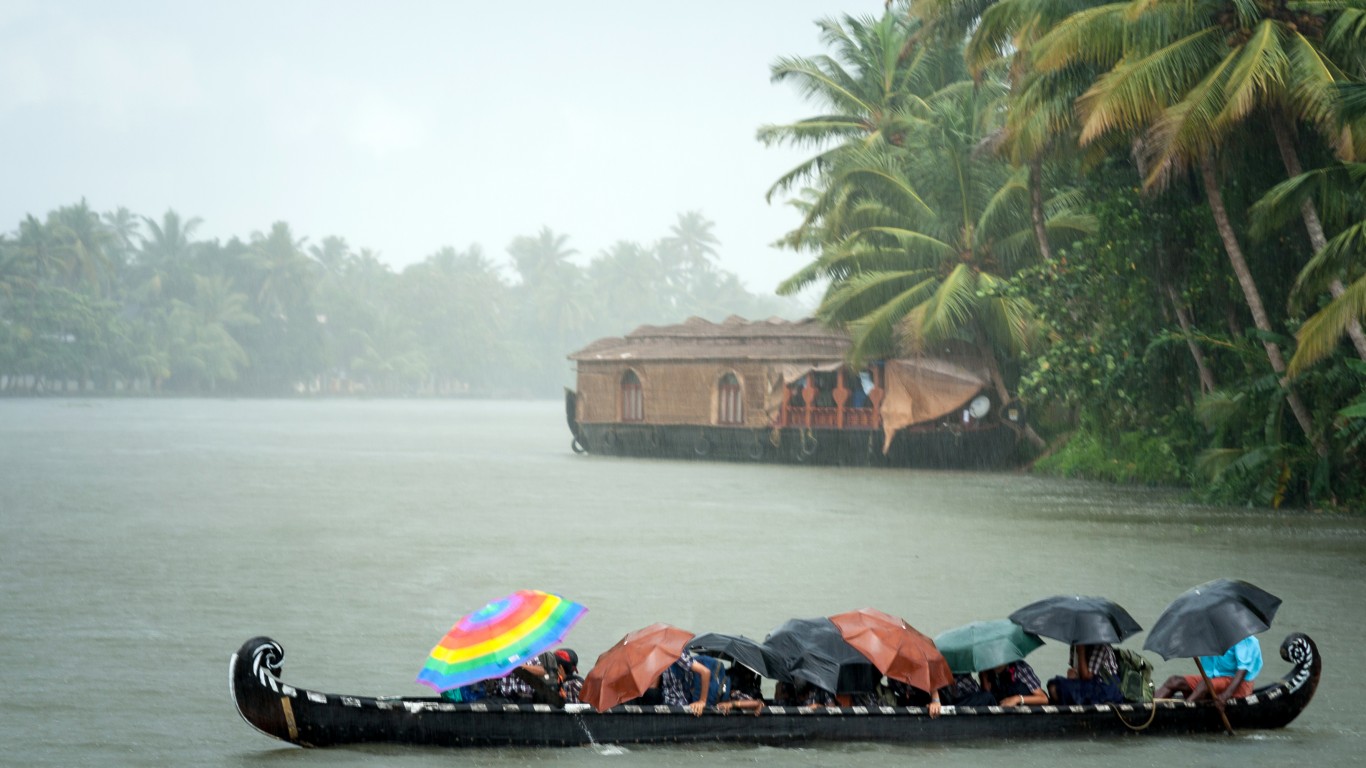 Extreme weather events are unrelenting in India, afflicting different regions with any number of disasters in a given year: damaging monsoon floods, deadly heat waves, crop destroying droughts and hailstorms, and virulent cyclones. Much of the devastation inflicted on India is shared with the rest of the South Asian region. In the summer of 2017, torrential rainfall in India, Nepal, and Bangladesh led to flooding, landslides, the destruction of tens of thousands of houses, the displacement of millions of people, and the death of 1,200 people.