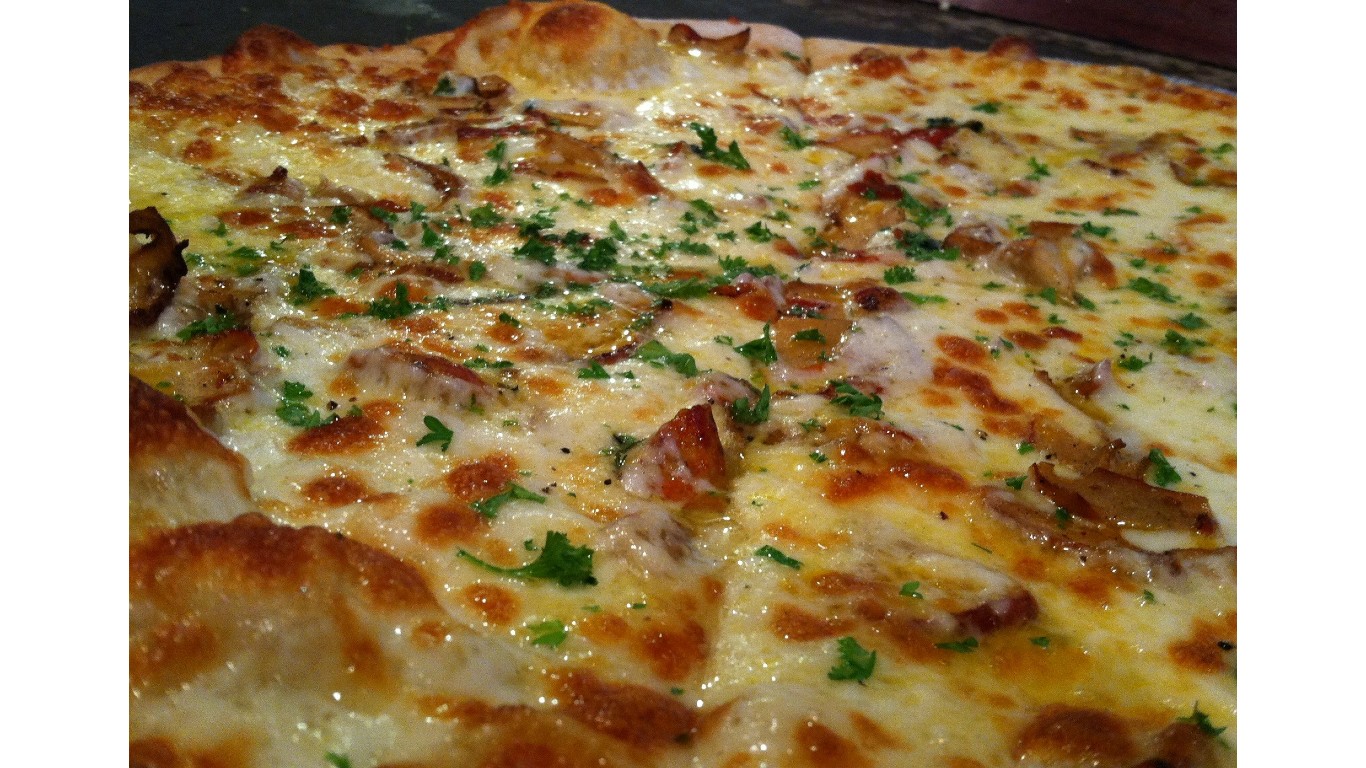 “Biga” isn’t a mock-Italian rendering of the word for “large” – it’s a dense, pre-fermented dough starter often used by Italian bakers, and the basis for the crusts here at New Jersey-born Bob Marshall’s pizzeria. Biga’s house pie is a margherita variation using garlic oil as well as tomato sauce, basil, and mozzarella. More unusual choices include one with fennel marmalade, bacon, and gouda, and another combining Montana beef meatballs with broccoli rabe, mascarpone, and house-made cilantro-jalapeño sauce. 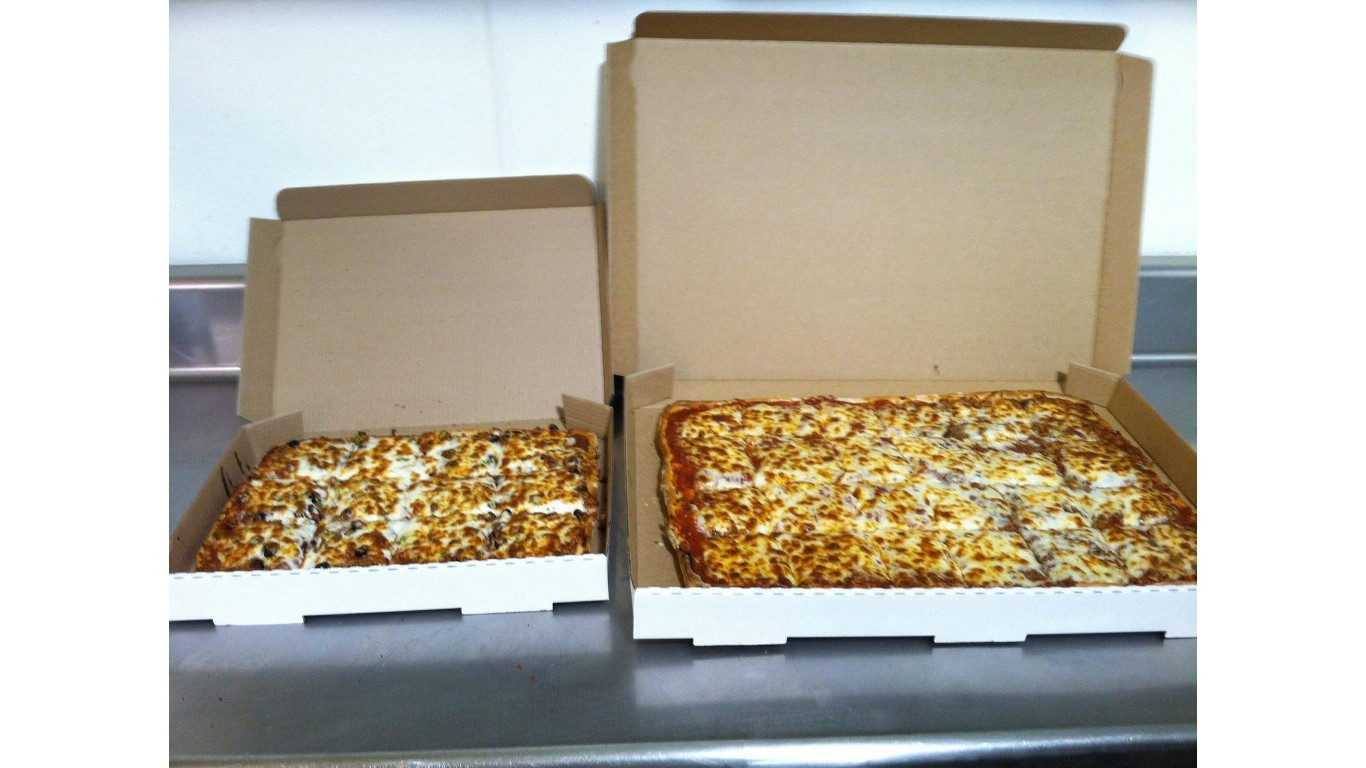 Alfonso Orsi opened this Omaha institution in the city’s Little Italy in 1919. His son and then grandson later ran it (the latter overseeing a rebuild after the place was destroyed by fire in 1997), selling it to Orsi’s great-grandson, Bob Jr., and a partner, Jim Hall, in 2006. Four years later, Hall bought the place, and continues the Orsi’s tradition. Except for a small gluten-free round pie, pizzas are rectangular, and come with a choice of about 20 toppings. Orsi’s also produces four varieties of “goudarooni” – double-crust pizzas. Homemade breads and a selection of meats, cheeses, and other Italian deli items are also available. 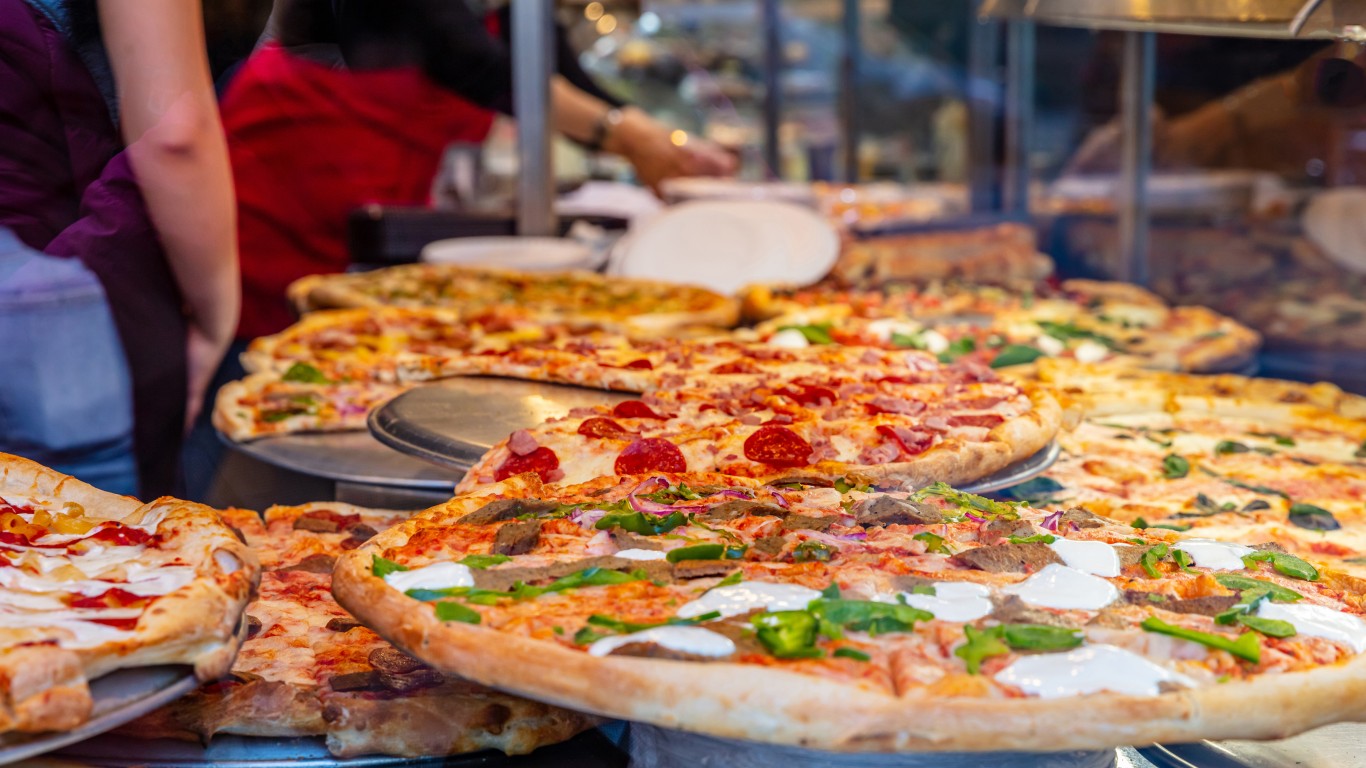 24/7 Tempo
American Cities with the Most Pizza Places 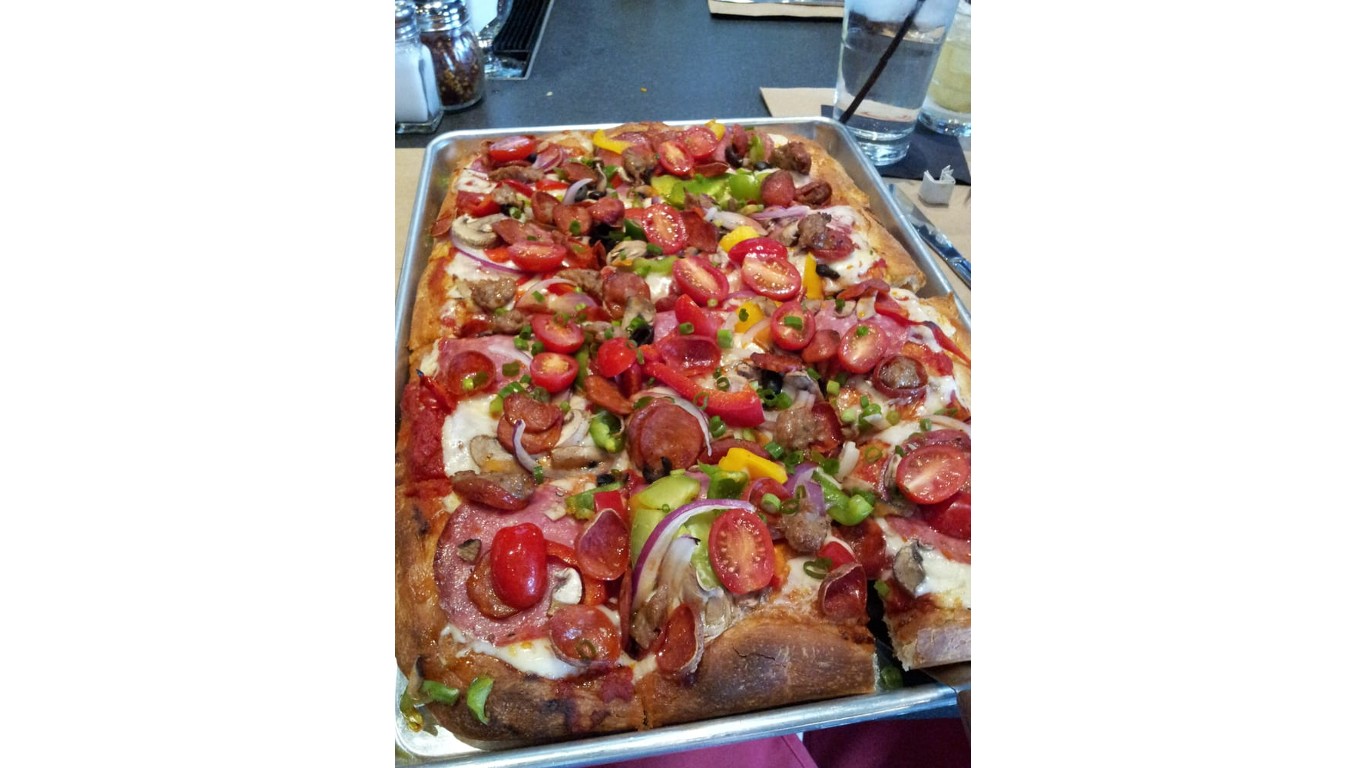 Source: Courtesy of May M. via Yelp

If there’s a pizza style that California pie king Tony Gemignani doesn’t know how to make, it’s hard to believe he won’t figure it out. Gemiginani’s colorful, bustling Vegas joint serves no fewer than 10 different styles, including Roman, classic Italian, deep dish, thin crust, New York, and New Haven -and he does them all admirably well. 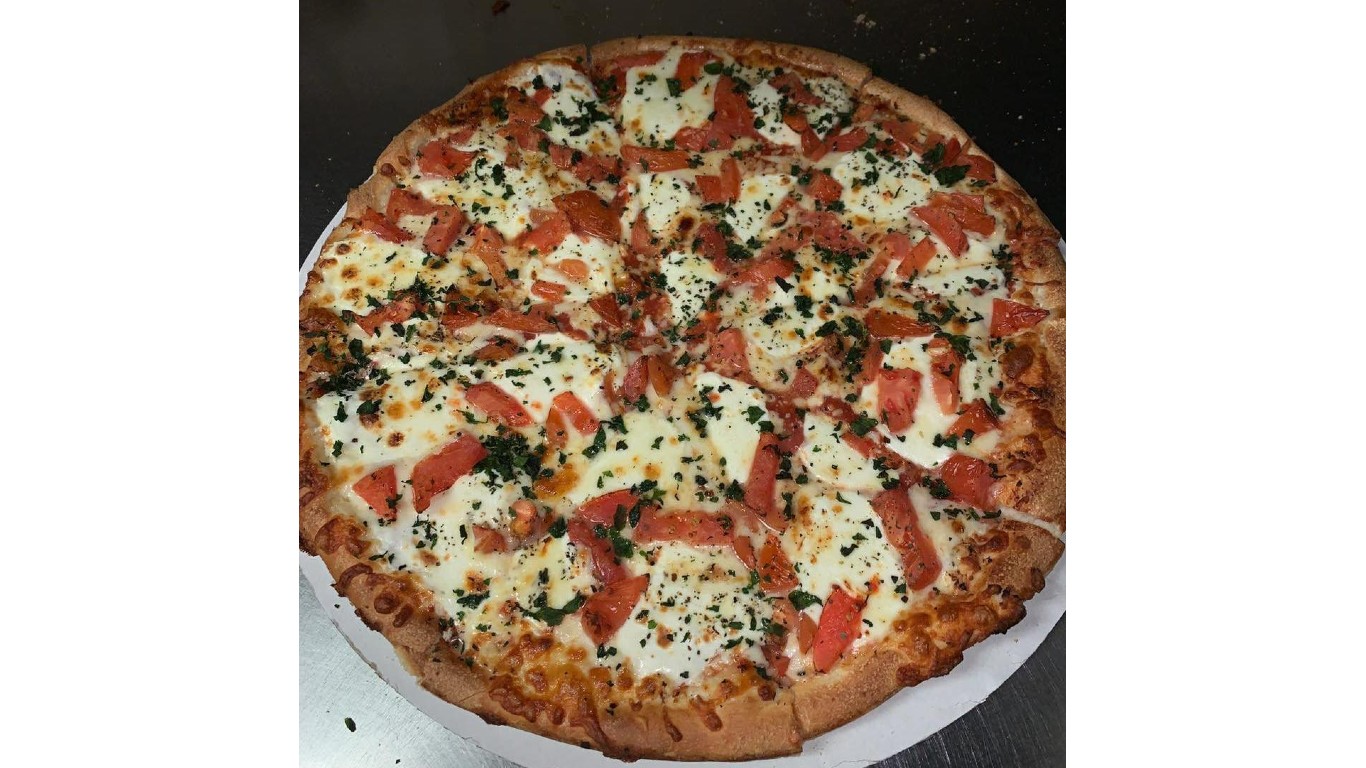 Source: Courtesy of Tilton House of Pizza via Facebook

Thick layers of toppings on thick crusts are the style here, and the House of Pizza obviously goes for fun over authenticity. The menu of specialty pizzas includes “fajita,” “BLT,” and “Greek” variations, as well as such over-the-top offerings as the Pastrami Bomb (pastrami, mushrooms, roasted peppers, and caramelized onions) and the Loaded Potato (fried potatoes, red onion, bacon, and Alfredo sauce). 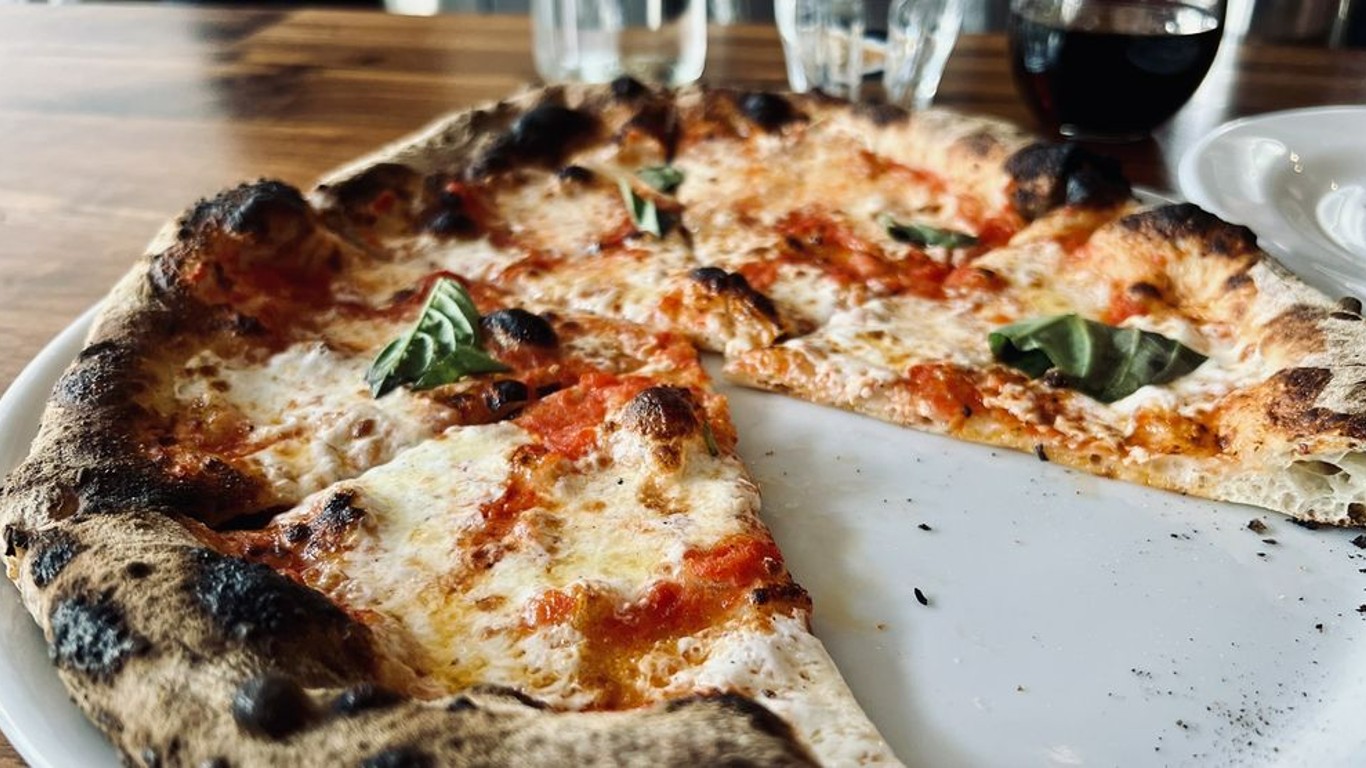 Source: Courtesy of C B. via Yelp

Razza opened in 2012, but its reputation exploded in 2017 after New York Times restaurant critic Pete Wells wrote provocatively that this New Jersey pizzeria served the best pizza in New York City. The pies are a little larger than standard Neapolitan pizzas, but they have the crunchy texture you’d expect from fresh bread crusts, and they truly are worth the hype – and the wait. 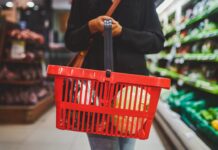 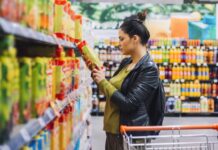