President Joe Biden just announced the government reached a deal to buy 200 million more COVID-19 vaccines, which, in addition to the doses already distributed and promised, will be enough to fully vaccinate nearly every American.

Though the vaccine rollout has been bungled, and states are still trying to solve logistical problems that have plagued distribution, the most difficult job of developing a highly efficient vaccine is done. It took about a year to develop, test, and approve several COVID-19 vaccines, which is lightning fast compared to the decade it took to develop vaccines against measles and other diseases.

24/7 Tempo reviewed announcements issued by the Centers for Disease Control and Prevention, the Food and Drug Administration, and several pharmaceutical companies developing COVID-19 vaccines to create a timeline of more than 30 key milestones in the development of COVID-19 vaccines.

Billion-dollar deals were signed between governments and pharmaceutical companies for the development and manufacturing of COVID-19 vaccines, including pre-purchase agreements.

Between safety concerns, unexplained illness of study participants, and technology never before used to develop vaccines, many people were initially reluctant to receive the shot. But some early doubters now show a willingness to get the jab.

The vaccine rollout has brought some easing of movement restrictions, which has been a major source of stress for Americans. The CDC is now saying people no longer have to quarantine, even if exposed to the coronavirus, if two weeks had passed since they  received the second dose of a COVID-19 vaccine.

As of Feb. 11, the U.S. surpassed 27 million infections from SARS-CoV-2 and 473,000 deaths. Every state has set priorities about who can get the vaccine first, based on recommendations from the federal government — here are the COVID-19 vaccination priorities in each state.

To create a timeline of more than 30 key milestones in the development of COVID-19 vaccines, 24/7 Tempo reviewed press releases and announcements issued by the Centers for Disease Control and Prevention, the Food and Drug Administration, and several pharmaceutical companies developing COVID-19 vaccines. We also reviewed scientific studies’ summaries published in medical journals, including the American Journal of Managed Care. 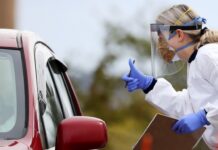 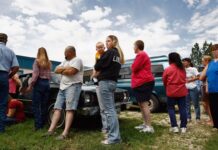