Most people don’t think of coffee — and the caffeine that packs its punch — as a drug, but it is, and it is possibly the most widely consumed drug in the world. In the United States, up to 90% of people in all age groups consume at least some caffeine daily, and about 50% drinking coffee every day, according to the American Migraine Foundation.

To the delight of regular coffee drinkers, the popular morning brew boasts plenty of health benefits. Here are 18 reasons to drink coffee for your health.

Regular coffee consumption is associated with a higher metabolic rate, lower risks of Type 2 diabetes, Parkinson’s disease, coronary heart disease in women, various nervous system diseases, and suicide, according to the American Heart Association. In at least one study, caffeine was linked to a reduced risk of Alzheimer’s disease.

Of course, coffee is not for everyone, and most of these benefits should only be expected under certain conditions. For example, coffee’s health benefits are offset by added sugar and cream. Similarly, it can also be highly addictive and dangerous when consumed in excess. These are the 25 most dangerous drugs.

Four cups of coffee, or up to about 400 milligrams of caffeine, are considered safe for most healthy adults, according to the Mayo Clinic. More than that may be considered too much. And decaf does not mean the item contains no caffeine. Decaf coffees and teas have less caffeine than the regular versions, but they still contain some caffeine, according to the U.S. Food and Drug Administration.

24/7 Tempo reviewed the long list of outcomes associated with excess coffee consumption from publications in medical journals like the Lancet, policy research organizations like the American Heart Association and American Migraine Foundation, and government sources like the Centers for Disease Control and Prevention (CDC). 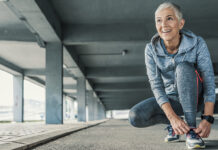