Multiple studies have been done to investigate whether introducing gluten to a baby’s diet at a particular age increases or decreases the risk of developing celiac disease. As is the case with breastfeeding, there is no conclusive evidence. However, the general consensus is that while early introduction of small amounts of gluten foods does not have an effect, later introduction may only delay celiac disease onset, but not prevent it all together.

Frequent infections during infancy or childhood

Analysis of reported incidents of infections, suggests that suffering from three or more infections, regardless of the type of infection, during the first six months of life was linked to a significantly higher risk of developing celiac disease. The risk increased in small children with a history of repeated infections and large amounts of gluten introduced after discontinuing breastfeeding.

ALSO READ: Cancers With the Highest and Lowest Survival Rates

Increased risk of celiac disease is among the host of health problems that can arise from viral infections. They may inhibit the function of T cells, whose role is to kill cells infected with a disease, increasing the immunity of gluten-specific inflammatory T cells and therefore to the development of celiac disease.

Being born in the spring or summer

A study looking at children diagnosed with celiac disease in Sweden between 1973 and 1997 showed a higher incidence of the condition in kids under 2 years old â more boys than girls — if they were born in the spring or summer compared to fall or winter. One theory to explain this is that those born in the summer would have been in the uterus during the winter, which is a time when the risk for maternal infections is higher.

Research has suggested in the past a possible connection between gastrointestinal illnesses and celiac disease. A 2006 study conducted by the University of Colorado School of Medicine, which examined nearly 2,000 children, found the “first indication that a high frequency of rotavirus infections may increase the risk of celiac disease” in genetically predisposed children. Rotavirus is a contagious virus that causes inflammation of the stomach and intestines. 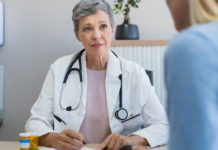 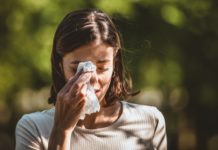 The 25 Worst Cities for People With Spring Allergies 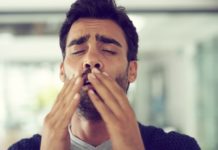