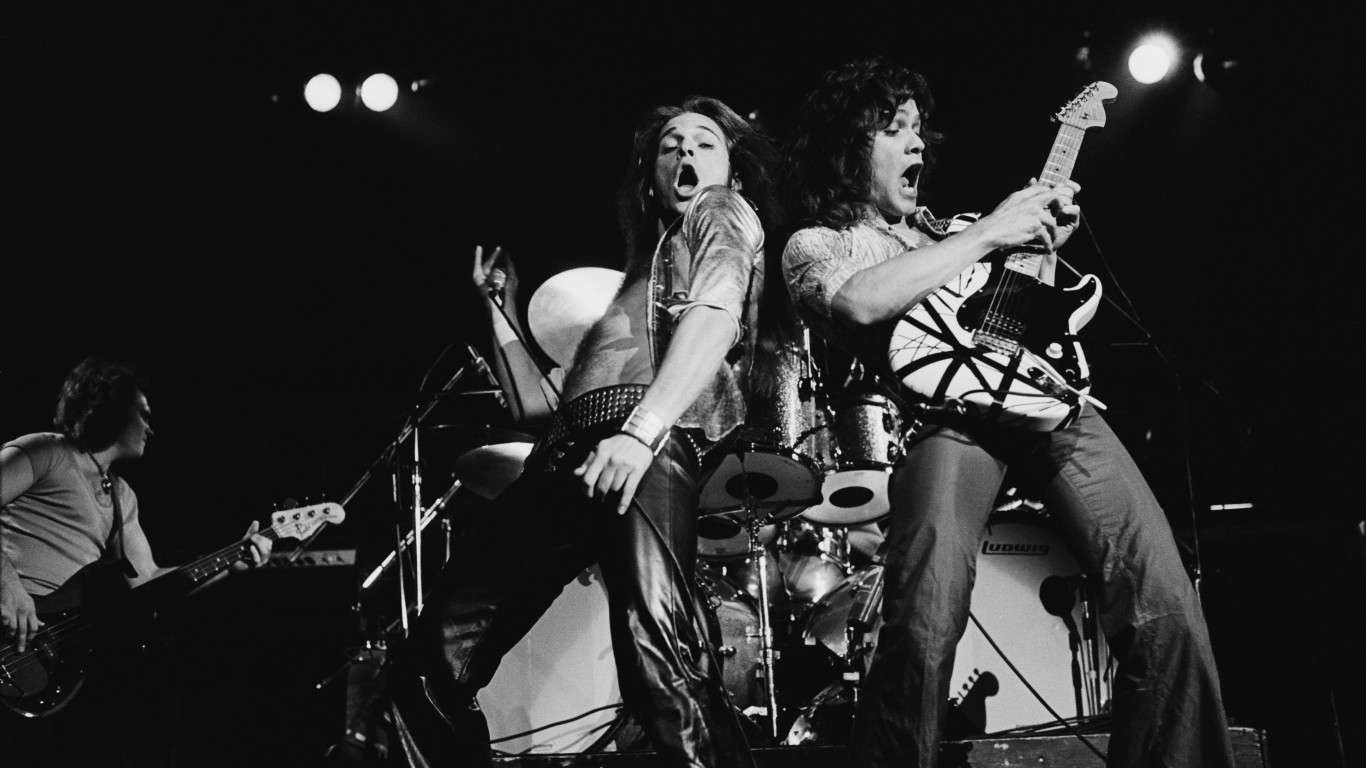 The California hard rockers, powered by Eddie Van Halen’s innovative and wickedly fast guitar playing and the charismatic vocalist David Lee Roth, released their debut album to platinum success. “Van Halen” was the first of 13 platinum efforts and went 10x platinum in 1996. Among the tracks from the record is their cover of the Kinks’ song “You Really Got Me” and one of their signature songs, “Runnin’ With the Devil.” 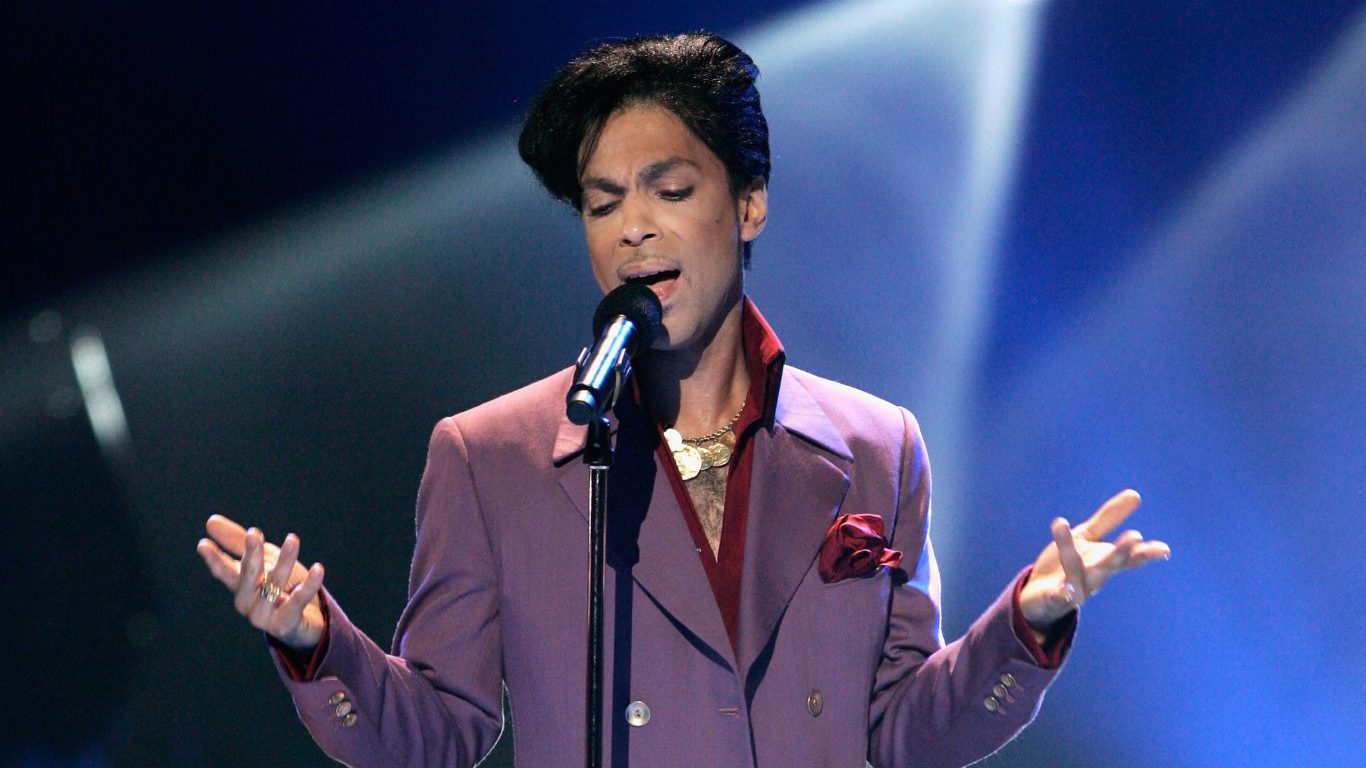 Prince masterfully fused multiple genres on his “Purple Rain” soundtrack, including R&B and rock, and coated it with his expert pop sensibility. The songs “When Doves Cry” and “Let’s Go Crazy” reached the top of the Billboard Hot 100 chart. 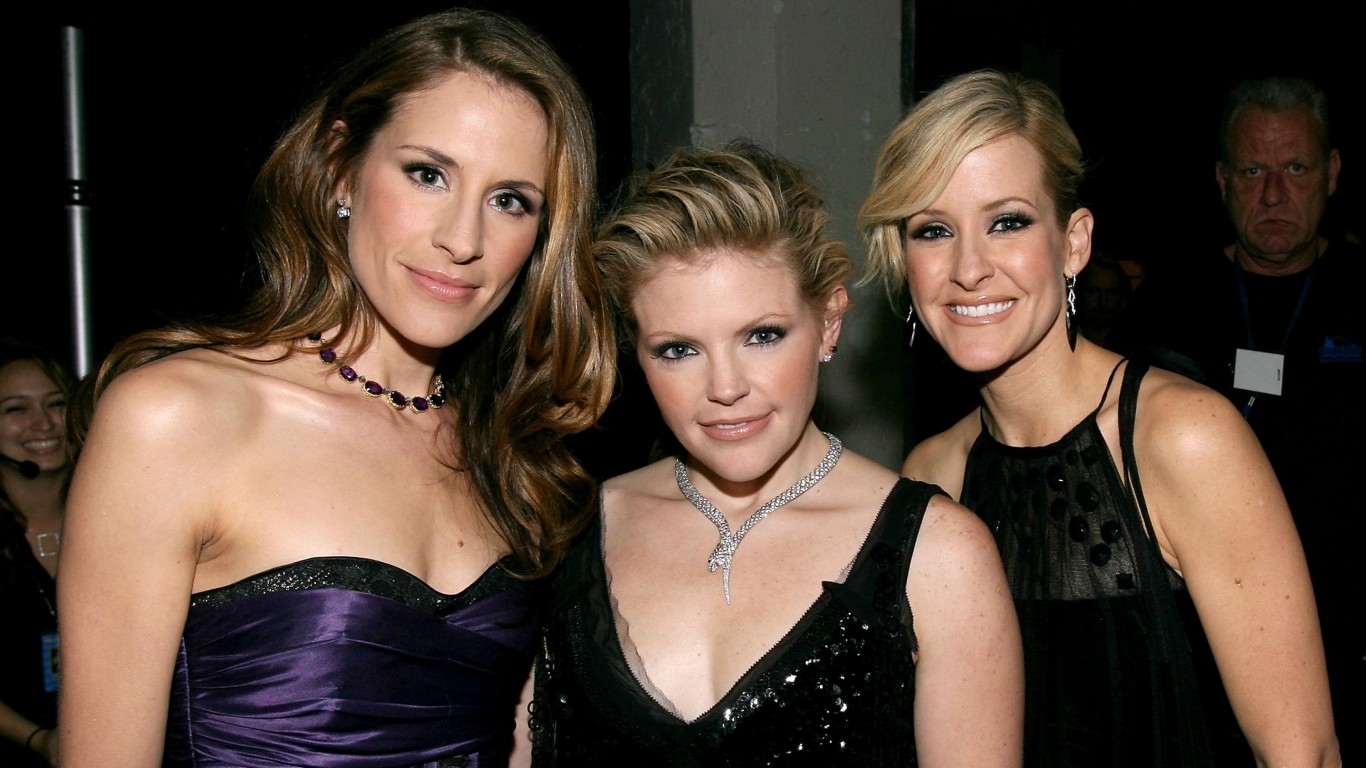 The all-female country singers from Dallas built their following by bridging commercially appealing harmonies with more traditional country music. “Wide Open Spaces” was the first of their five platinum albums, and the most successful, certified 12x platinum in March of 2020. The record won the Best Country Album, one of 12 Grammy Awards for the group. The album includes the singles “There’s Your Trouble,” “I Can Love You Better,” and the title song. Michael Jackson’s fifth studio album, “Off the Wall” marked two firsts for the now-controversial performer. It was his first recording for Epic Records, the label he stayed with for 30 years until his death, and the first Jackson album produced by the legendary Quincy Jones. One of the five singles released from the album, “Don’t Stop ‘Til You Get Enough,” won the singer his first-ever Grammy Award — for Best Male R&B Vocal Performance.

ALSO READ: Most Famous Band From Every State

“Supernatural” was Santana’s 18th studio album. Certified 15x platinum, it won eight Grammy Awards in 2000, including Album of the Year and Best Rock Album. A list of blue-chip guest stars — including Eric Clapton, Lauryn Hill, Dave Matthews, Rob Thomas, and Cee-Lo Green — joined this prolific Latin rock band leader Carlos Santana on the album. Six singles came out of “Supernatural,” including “Smooth,” which held the No. 1 spot on the Billboard Hot 100 for 12 weeks. 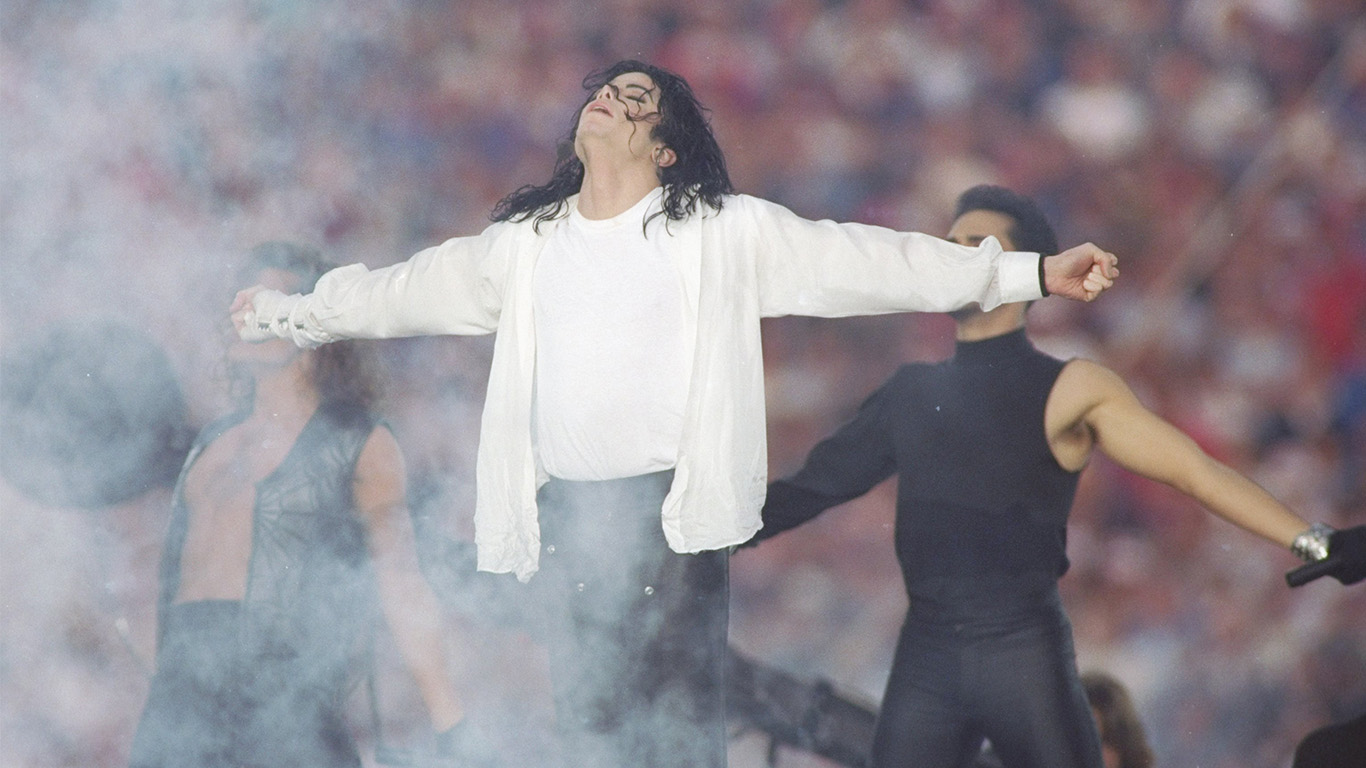 This Michael Jackson classic, released almost five years after his previous album “Thriller,” was the source of five No. 1 singles, including the title song. “Bad” sold 7 million copies worldwide in its first week of release and became the No. 1 album in 25 countries. It lingered in the top five on the Billboard 200 chart for 38 weeks. Though it was nominated for six Grammys, it won only for Best Engineered Recording – Non Classical and Best Music Video. Irish singer Enya became one of the prominent voices of atmospheric new age music in the 1990s — as a solo performer and member of the group Clannad. As a solo artist, Enya has had nine platinum albums, and “Shepherd Moons” was her most successful, going 5x platinum in 1996. “Caribbean Blue” was the lone single released from the album to chart on the Hot 100. 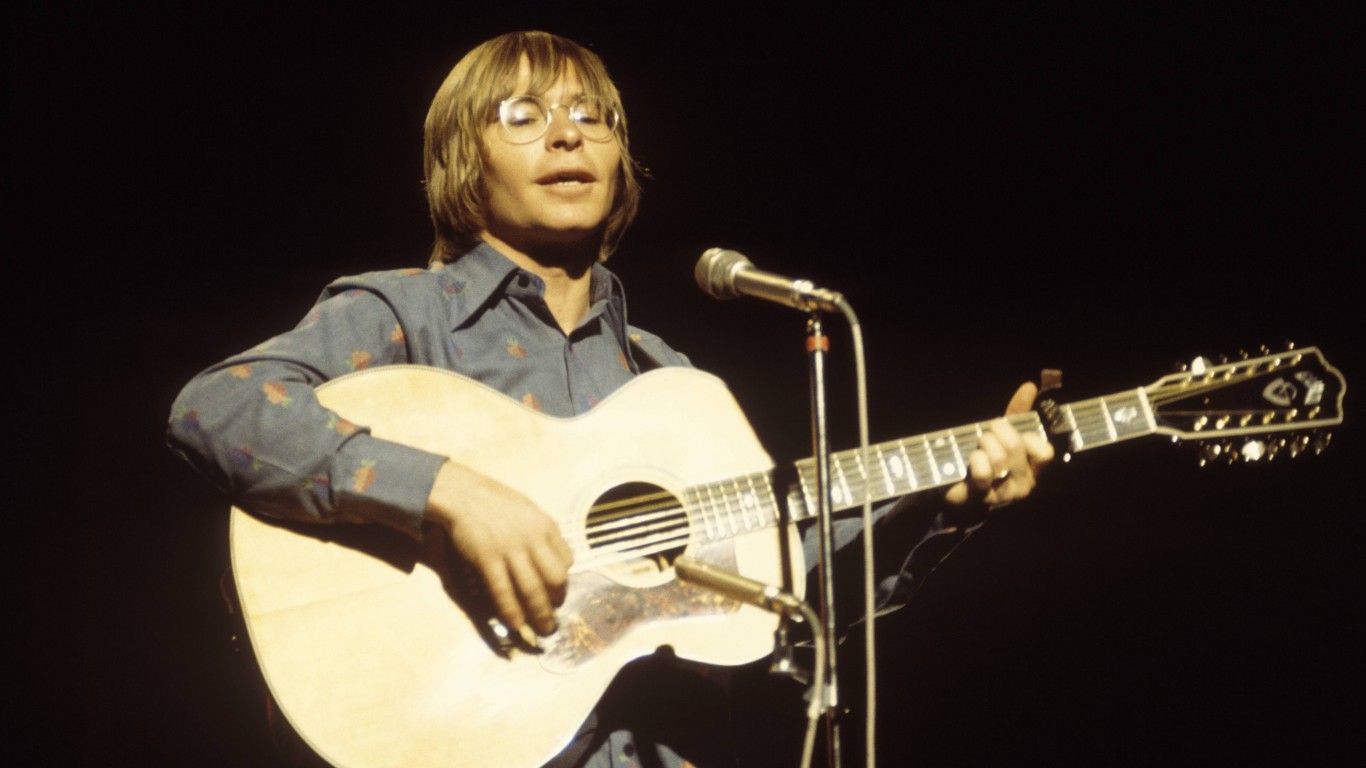 Country singer John Denver from Roswell, New Mexico, found massive crossover success in the 1970s with a string of singles hits. Denver recorded seven Top 10 hits, including four No. 1 tracks. Two of those chart-toppers, the exuberant “Thank God I’m A Country Boy” and the mellow “Sunshine On My Shoulders,” grace the greatest hits compilation, which was certified 9x platinum in 2001. The Grammy winner died in a plane crash in 1997 at age 53. 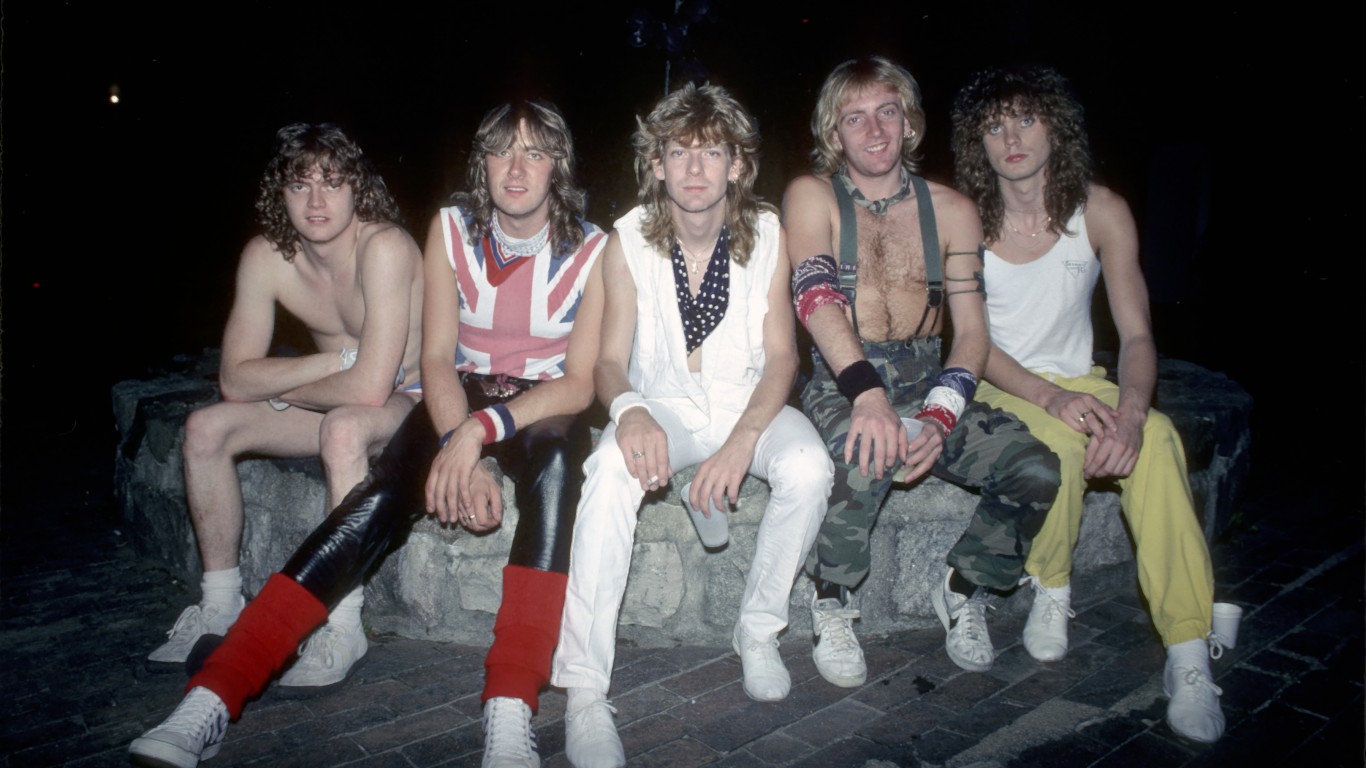 “Hysteria” marked the apex in popularity for Def Leppard, a group from England who filled stadiums in the 1990s with their pop-metal sound. “Hysteria” was the first of two No. 1 albums for the band, and it was certified 12x platinum in 1998. The record spawned four Top 10 hits on the Billboard Hot 100, including Def Leppard’s lone No. 1 “Love Bites.” Other successes were “Pour Some Sugar on Me,” “Armageddon It,” and “Hysteria.” “Come Away With Me” was the debut album of Norah Jones, a Brooklyn-born pop-jazz performer and the daughter of famed Indian sitar virtuoso Ravi Shankar and concert producer Sue Jones. The album was the first of the songwriting pianist’s three No. 1 LPs and the first of her four platinum records. “Come Away With Me” won Grammy Awards for Album of the Year and Best Pop Vocal Album, and features the Grammy-winning Record of the Year “Don’t Know Why.”