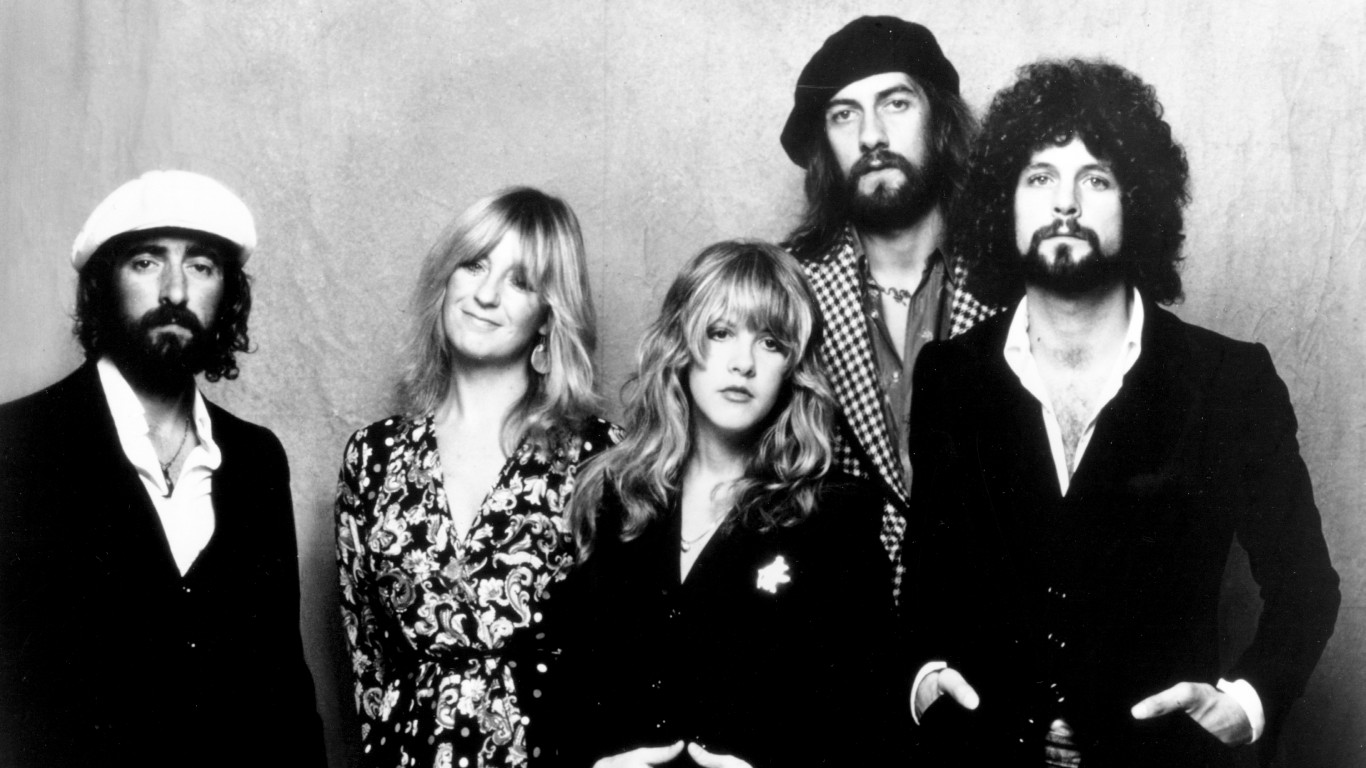 This is actually the second Fleetwood Mac album called simply “Fleetwood Mac.” (The first one, released in 1968, included Mick Fleetwood and John McVie but not Lindsay Buckingham, Stevie Nicks, or Christine McVie.) Interestingly, it took this iteration more than a year after its release to reach No. 1 on the Billboard 200. Three Top 20 singles came out of the album, including “Rhiannon,” “Say You Love Me,” and “Over My Head.” In 2018, the band released a four-disc deluxe edition of the album, including demos, singles mixes, and live performances.

Kanye West was among the producers working on this album, Drake’s fourth studio recording. Though it received mixed reviews, “Views” topped the Billboard 200 for 13 nonconsecutive weeks and became the first album in history to be streamed 1 billion times on Apple Music.

Singer-songwriter Ed Sheeran’s debut full-length album followed the release of five EPs. The album, which showcases Sheeran’s unique style of hip hop-influenced acoustic pop, helped propel him into the international spotlight, leading to his collaborations with artists such as One Direction and Taylor Swift. 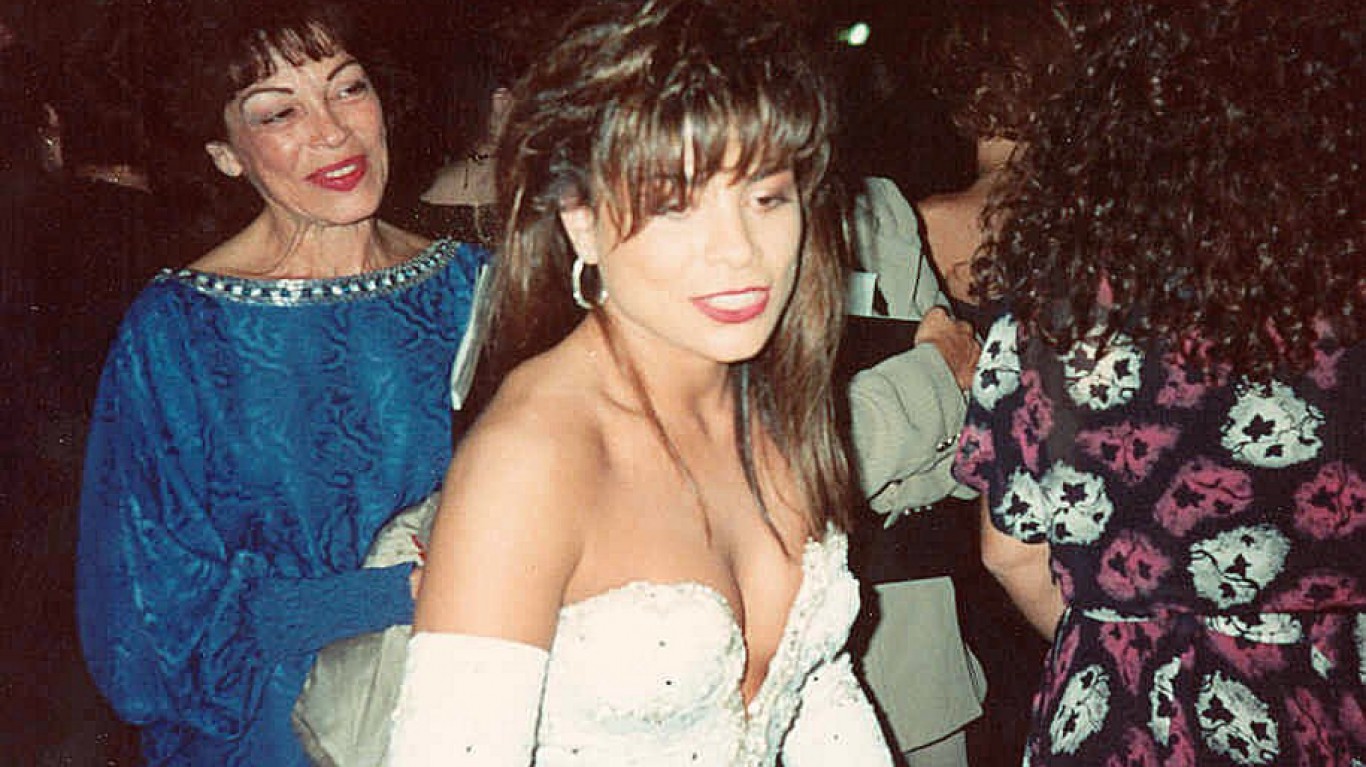 It’s unsurprising that Paula Abdul has an ear for catchy dance music, considering her career as a dancer and choreographer prior to emerging as a pop musician. “Forever Your Girl” was the first of two albums Abdul released that would hit No. 1 on the Billboard 200 charts, the other being 1991’s “Spellbound.” “Forever Your Girl” features four No. 1 hit songs: “Straight Up,” “Opposites Attract,” “Cold Hearted,” and its title track, “Forever Your Girl.”

The title of Adele’s debut album was also her age at the time when it was released. “19” won the English-born soul singer the Best New Artist Grammy in 2009. And a single from the album, “Chasing Pavements,” snagged that year’s Best Female Pop Vocal Performance award. Adele’s appearance on “Saturday Night Live” in 2008 is credited with having kick-started her career in the United States.

The reliable hit-makers from Sayreville, New Jersey, who became one of the largest arena-rock acts of the 1980s, have produced six No.1 albums on the Billboard 200, and “Slippery When Wet” was their first. It went 12x platinum in 1995. The album generated the band’s first two No. 1 hits — “You Give Love a Bad Name” and “Livin’ on a Prayer” — as well as the Top 10 single “Wanted Dead or Alive.”

The songs on Luke Bryan’s “Tailgates & Tanlines” range from classic country to pop-country, creating major mainstream success. The album spent 214 weeks on the Billboard 200, peaking at No. 2. Four singles from the album charted in the Top 40: “Country Girl (Shake It for Me),” “I Don’t Want This Night to End,” “Drunk on You,” and “Kiss Tomorrow Goodbye.” 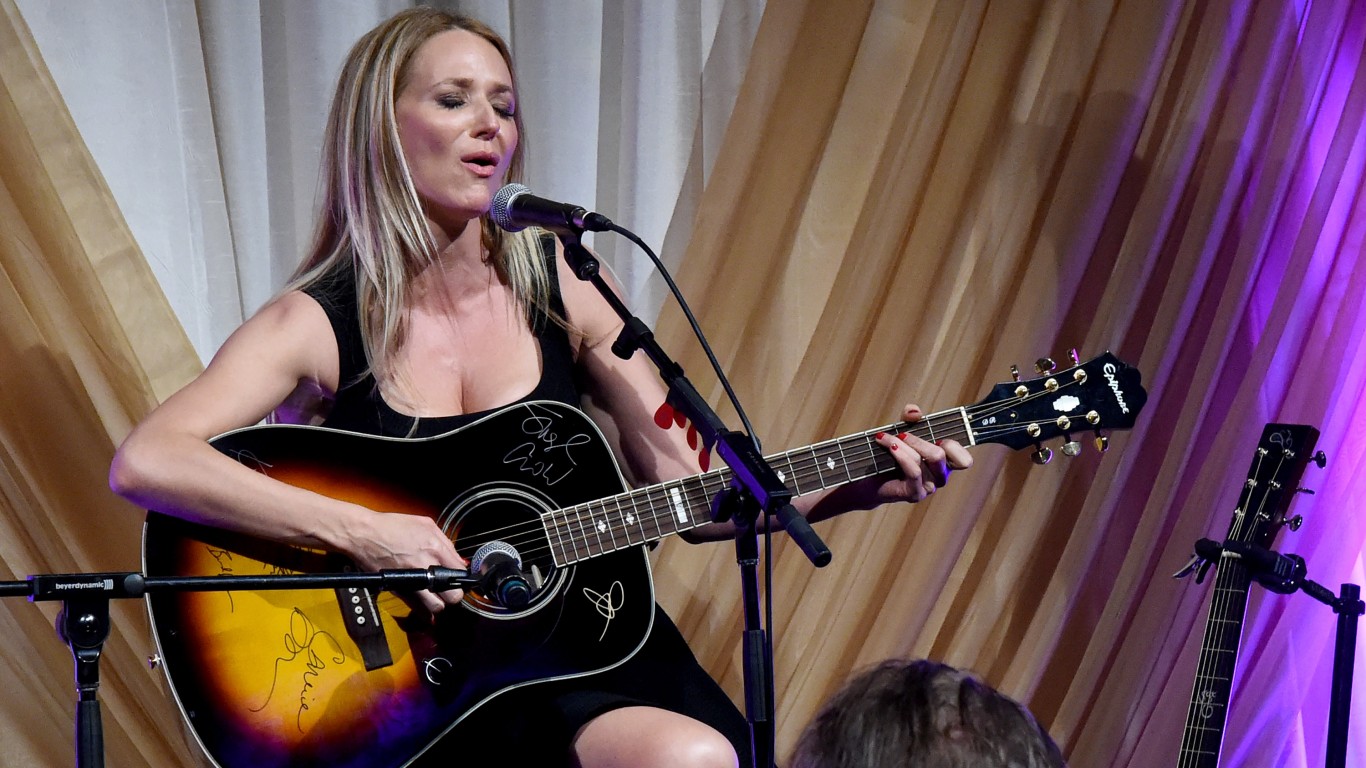 Jewel (born Jewel Kilcher), the folk singer who grew up in Alaska, lived out of her van on the West Coast as she struggled to build a singing career. She used that experience to craft heartfelt music to become one of the most popular female performers of the 1990s. Jewel had a string of four platinum albums. “Pieces Of You” was her first and her biggest, going 12x platinum in 2006 and climbing to No. 4 on the Billboard 200. Included on the album is one of her two Top 10 hits, the double-single “Foolish Games/You Were Meant For Me.”