More than half of all Americans are currently under 38 years of age. By 2060, however, the majority will be at least 43-years-old, according to Census Bureau projections. Though the United States as a whole is aging rapidly, there are parts of the country where the number of young people is a defining demographic characteristic.

The increasingly aging population is largely the product of a falling birth rate and long-term improvements in life expectancy. Despite this trend, almost every state has at least one county where the median age is far lower than typical. 24/7 Tempo reviewed median age by county using data from the U.S. Census Bureau’s 2017 American Community Survey to identify the youngest county in every state. These counties are often urban and include independent cities in Maryland and Virginia that effectively function as counties.

Though school is not the only reason young people relocate. People in their 20s and 30s move for work, friends, family, and a desire to live somewhere they love. These are the 40 cities young people are moving to.

Some counties on this list skew younger due to a growing number of new families. In the youngest counties in Alaska, Idaho, North Dakota, South Dakota, and Utah, more than one in every 10 residents are under age 5. New families can also drive population growth, and the vast majority of counties on this list are larger now than they were five years ago. Almost every state in the country has at least one county or county equivalent where the population grew at a faster rate than the nation as a whole since 2010. These are each state’s fastest growing county.

Just because a county has the youngest population in the state does not necessarily mean it is younger than the United States as a whole. In both Connecticut and Maine, the median age in the youngest county is higher than the 37.8-year national median. Both Connecticut and Maine rank among the oldest states in the country, with median ages of 40.8 years and 44.3 years respectively. Life expectancy in some states increased by just three years since 1980, and by as much as nine years in others — these are the states where people live the longest. 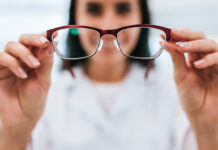 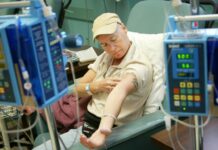 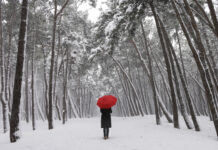