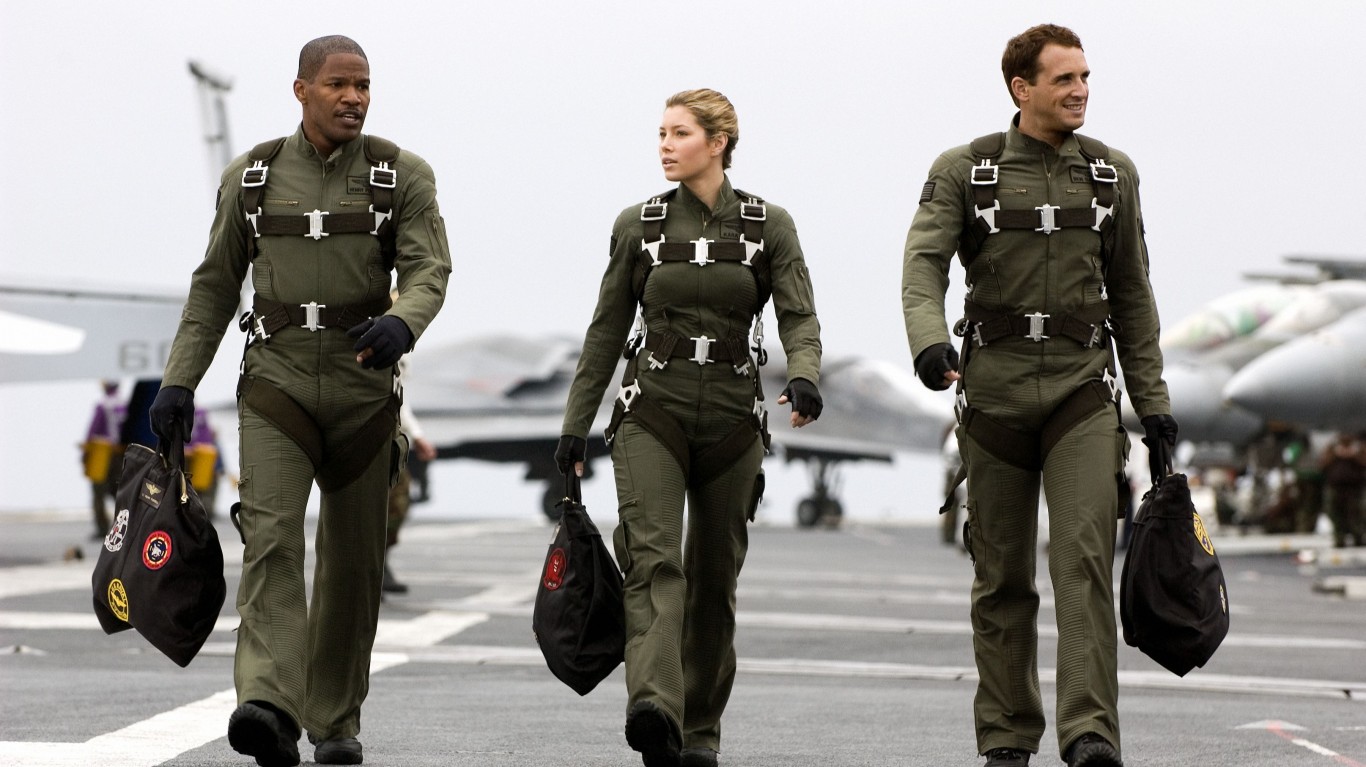 When a bleeding-edge piece of military technology is struck by lightning, it becomes self-aware and starts attacking both those responsible for its creation and the very pilots it was built to replace.

Leaving aside the fact that the military supposedly didn’t account for the possibility of its metal plane getting struck by lightning, Stealth (2005) was panned by viewers and critics alike for the poor acting of its leads (Jessica Biel, Jamie Foxx, Josh Lucas, and Sam Shepard) and its attempt to impose a cat-and-mouse dynamic onto a two-hour fight between four fighter jets. 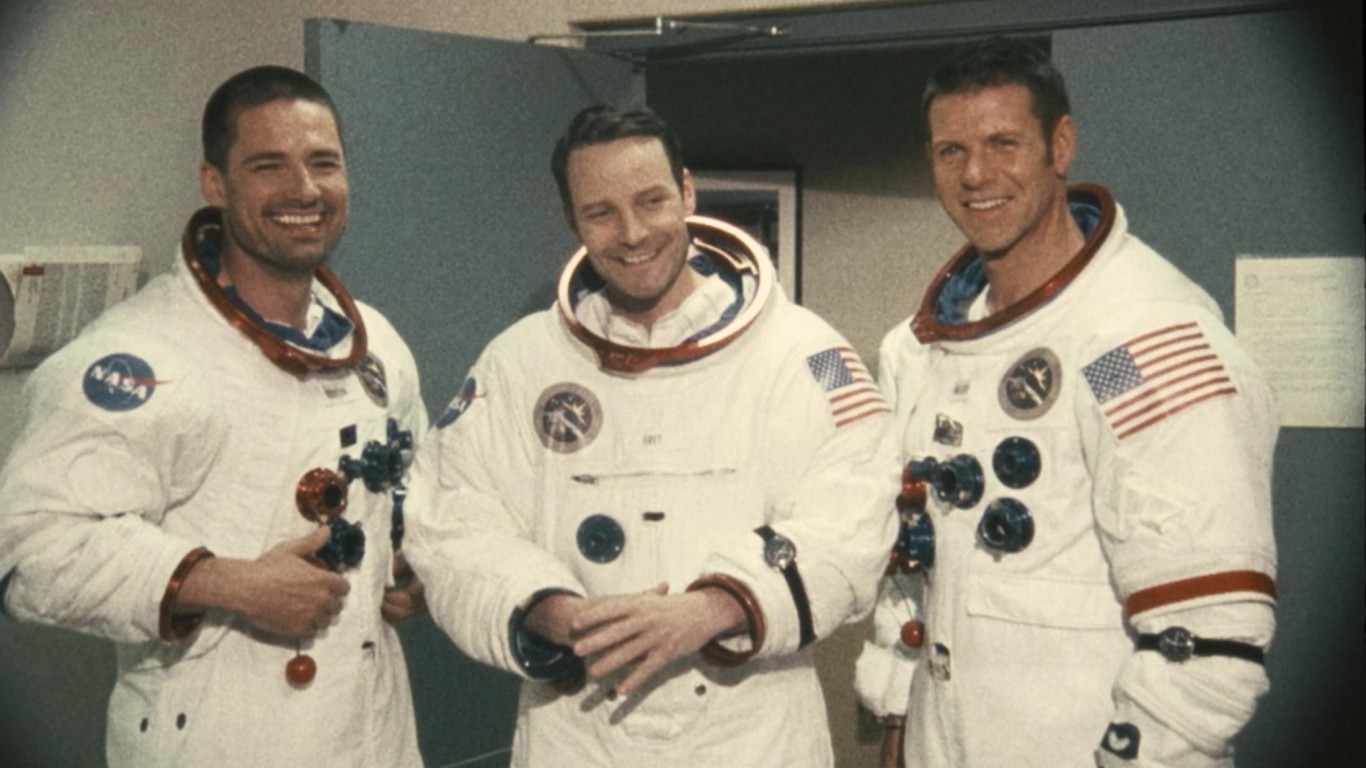 Spanish director Gonzalo López-Gallego’s film tells the story of the United States’ decision to never return to the moon, using the “found footage” approach to horror and sci-fi filmmaking pioneered by The Blair Witch Project (1999) and then re-made by Paranormal Activity (2007) almost a decade later.

In the movie, this purportedly fiscal decision made by NASA is in fact based on a Soviet-United States joint conspiracy to conceal the existence of extremely dangerous, hermit crab-shaped extraterrestrial life. While the film itself is lacking in almost every aspect, it did earn a bizarre, official reaction from NASA. 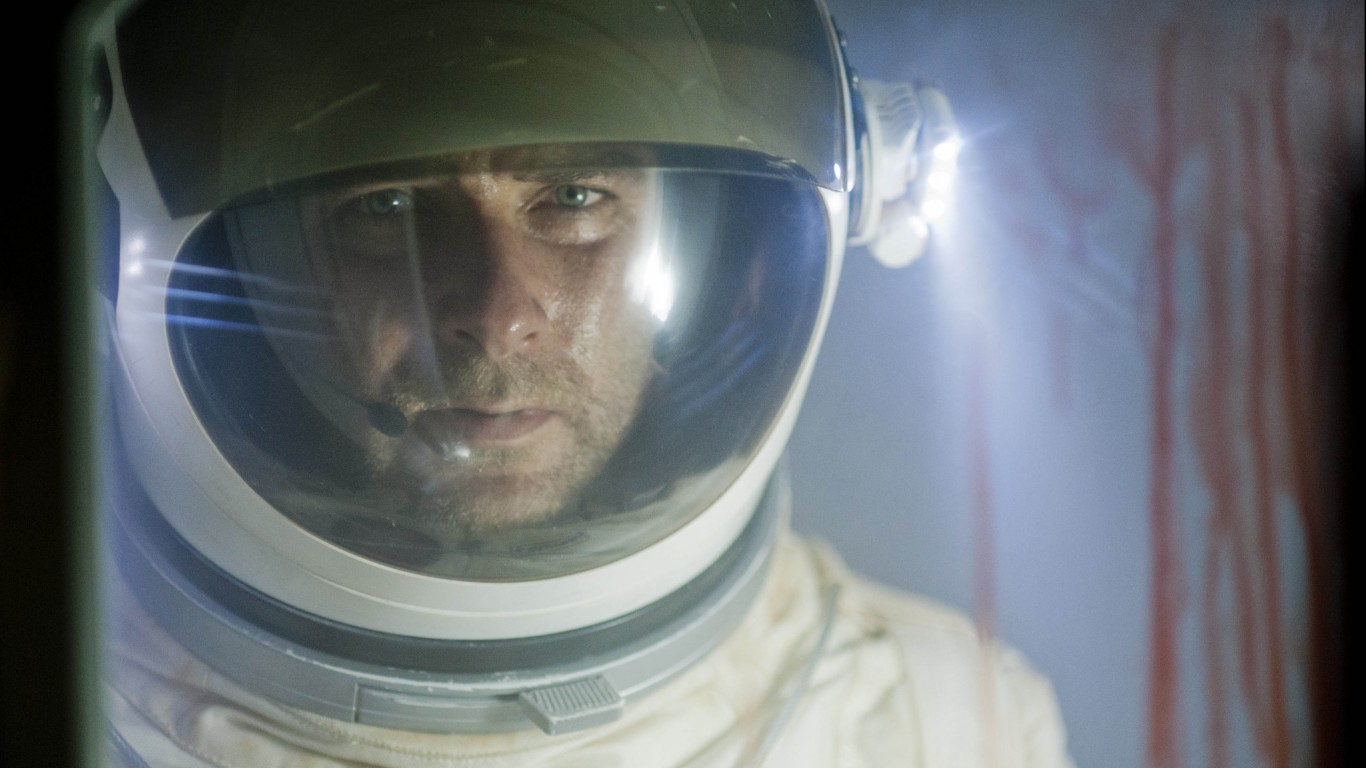 While The Last Days on Mars (2013) is another horror movie set in space, it does have one differentiating factor: zombies. Yes, this film is set at a research base on Mars in the not-too-distant future. Yes, alien life is discovered where humanity once thought there was none. But, while the short story it’s based on was written before Alien (1979) landed in theaters, it was written well after Night of the Living Dead (1968) entered the zeitgeist.

Unfortunately, like many of the other movies on this list, The Last Day on Mars was too poorly-conceived to be a serious thriller, and too self-serious to reach its zombie-killing potential. 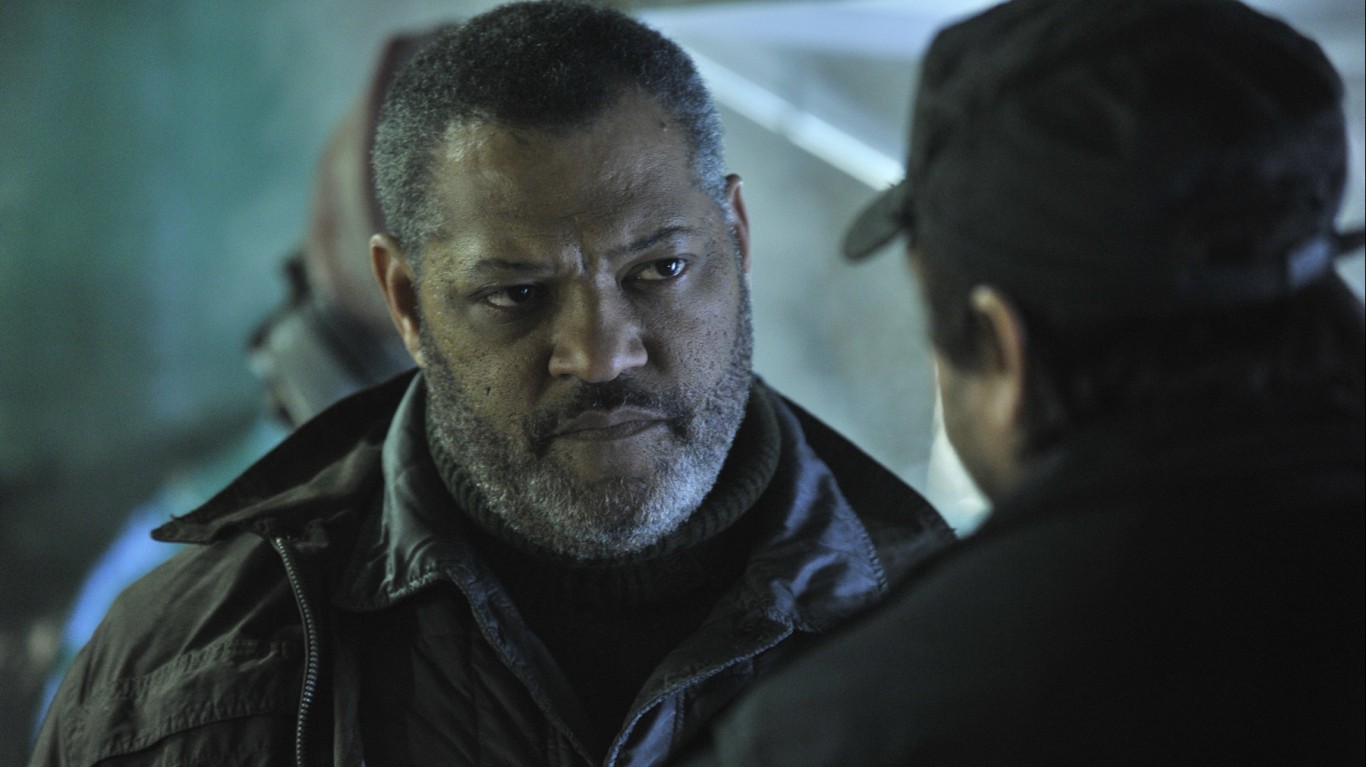 The first dystopian film on the list, The Colony (2013) portrays Earth’s descent into the next ice age and the hard decisions one group of survivors must make when a group of cannibals begins eating their way through the surrounding colonies.

The characters are confronted with weighty decisions regarding the life and death of others, and the director isn’t afraid to kill a protagonist here and there, but the characters are too under-developed for their deaths to have an impact, and the dialogue is so cheesy to keep viewers in the moment. Granted, the comically super-human cannibals didn’t help.

After Earth (2013) is the first “distant future” sci-fi film on the list so far, taking place over one-thousand years after the human race left Earth, the flora and fauna of which had evolved to kill people in order to survive.

The movie tells the story of a hot-shot super-soldier (Will Smith) who is forced to bond with the son he doesn’t care about (Jaden Smith) by his borderline-estranged wife (Jada Pinkett Smith). It is the second film starring at least two-thirds of the Smith family, and father and son are once again forced to work together to fight against the odds and make their way on humanity’s relentlessly hostile homeworld.

Will Smith wears a grimace throughout the entire film, and just like his father Jaden must abandon all weakness and acting ability in order to earn his love.