The popularity of the Academy Awards has declined in recent years. Last year’s ceremony was the least-watched Oscars broadcast to date, with nearly half as many people tuning in as four years prior. And with this year’s ceremony reportedly having no host following the controversy involving Kevin Hart, it’s unclear as to whether the broadcast will be an improvement.

Yet, despite the recent troubles, the Oscars are still the most anticipated awards ceremony in entertainment. Over 27 million viewers tuned in during last year’s show, the eighth most viewers of any television event. The ceremony was also one of only three non-sports related programs to appear in the top 10 most-watched broadcasts.

Oscar fans tend to have favorite portions or aspects of the show. Some tune in to see what Hollywood’s biggest stars will be wearing on the red carpet. Others watch for the musical performances or for the annual reflections on those who passed. Of course, we have all also come to expect the unexpected from the show, and many look forward to each year’s most newsworthy happenings.

For all the elements of the show we love and enjoy, there are numerous facts about the Oscars that are unknown. The Academy of Motion Picture Arts and Sciences was founded 92 years ago, and in this time it has developed a rich history. 24/7 Wall St. has identified 30 little known facts about the nation’s most popular entertainment event – including just why the iconic trophy is called an “Oscar” in the first place. 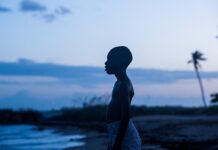