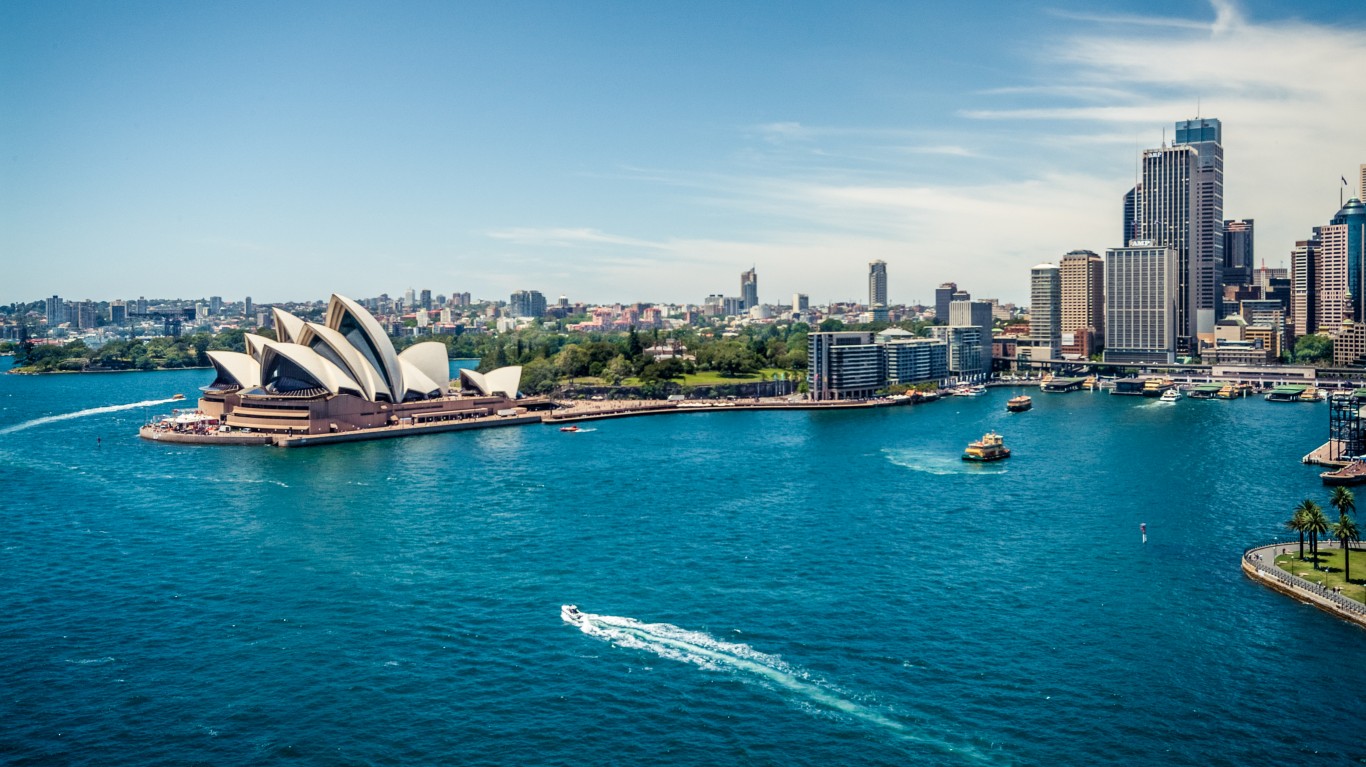 The Australian constitution came into being in 1901 after it was agreed upon by the British Parliament. The document lays out power-sharing agreement in the federal government.

The prime minister and cabinet are not mentioned in the Australian constitution, however. And unlike with the U.S. Constitution, there is no bill of rights. Instead, individual rights are protected by common law enacted by the courts and statute law made by Australia’s parliament. The constitution can only be altered by the approval of the Australian people. 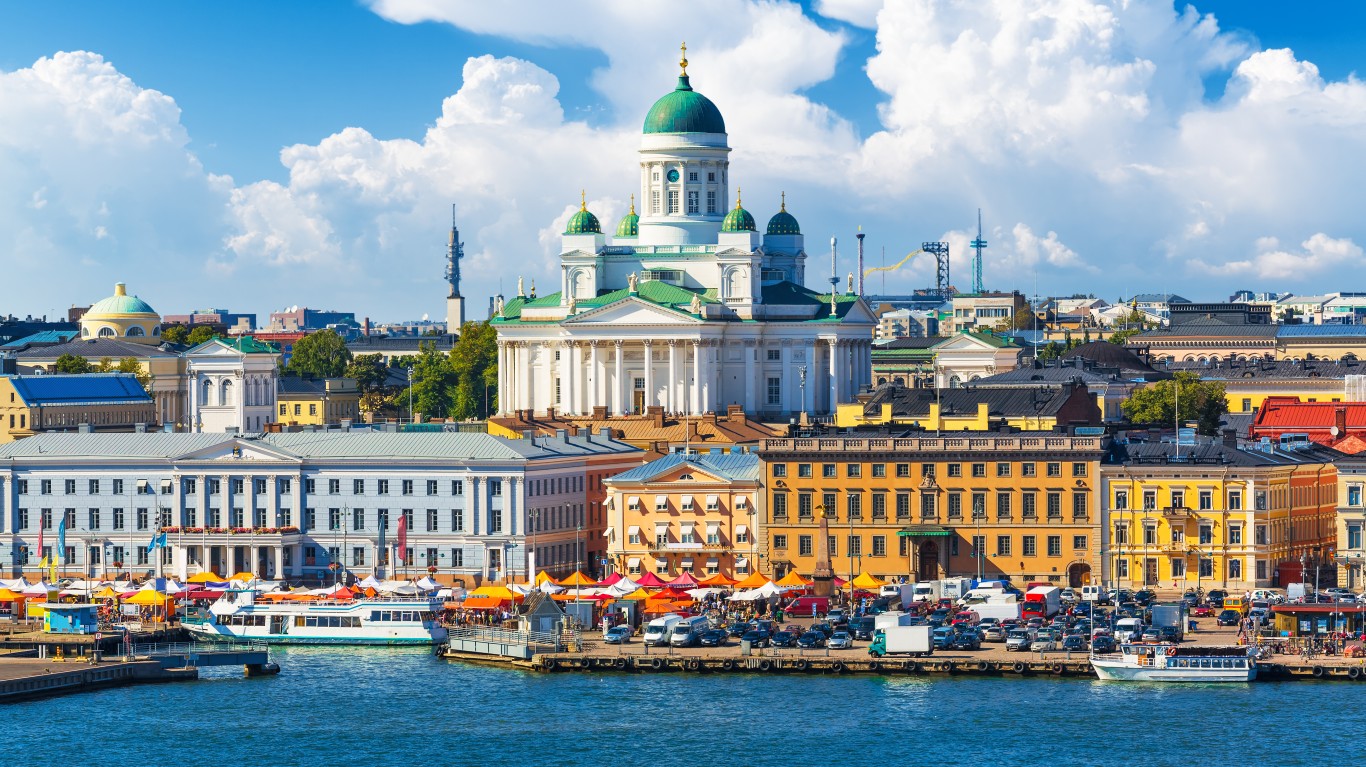 Constitutional government was in the planning stages in Finland before the Scandinavian country became independent from Russia in 1917. Finns, who had some autonomy under the Russian Empire, had created the Parliament Act in 1906 that outlined parliamentary procedures. This was wrapped into the 1919 Constitution Act.

The document enumerated fundamental rights and guaranteed citizens essential liberties, ensured the independence of courts of law, municipal selfâgovernment and the special position of the Evangelical Lutheran Church. 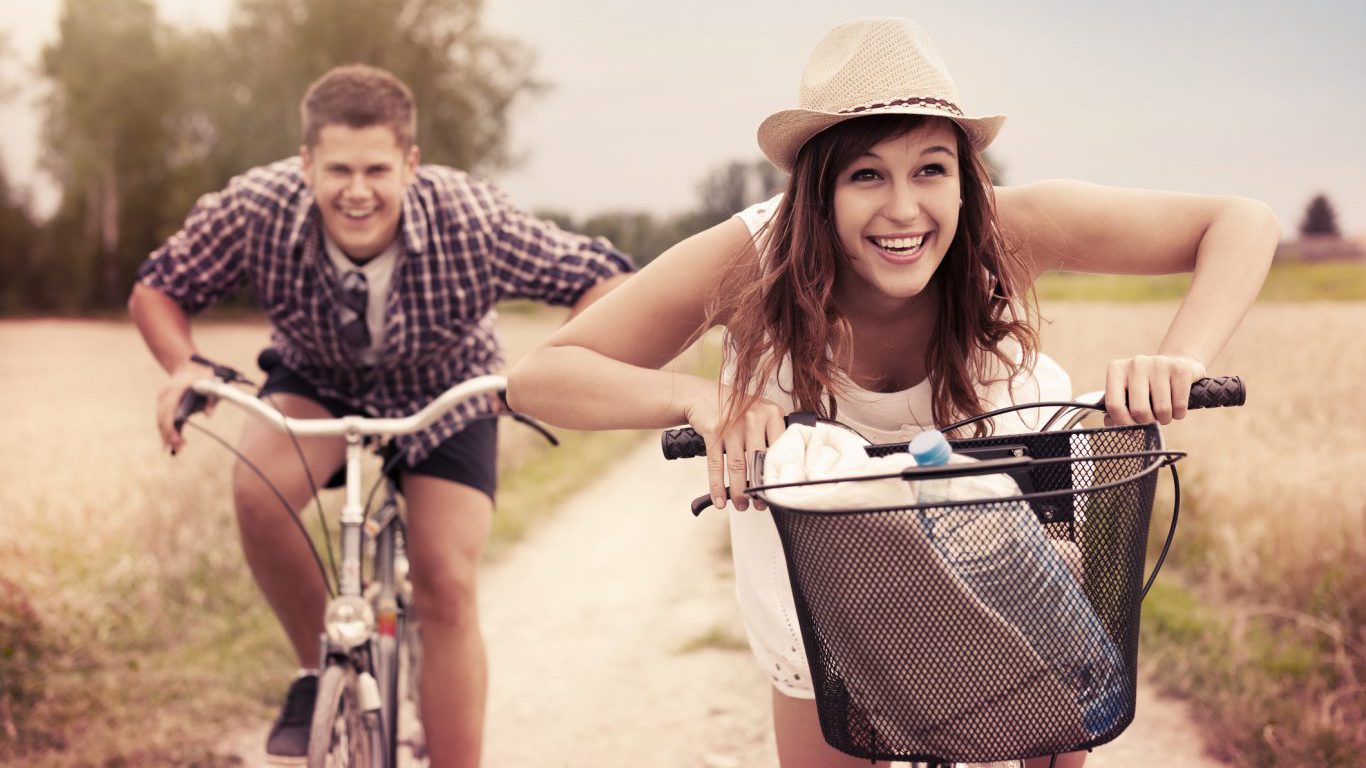 24/7 Tempo
The Happiest Countries in the World 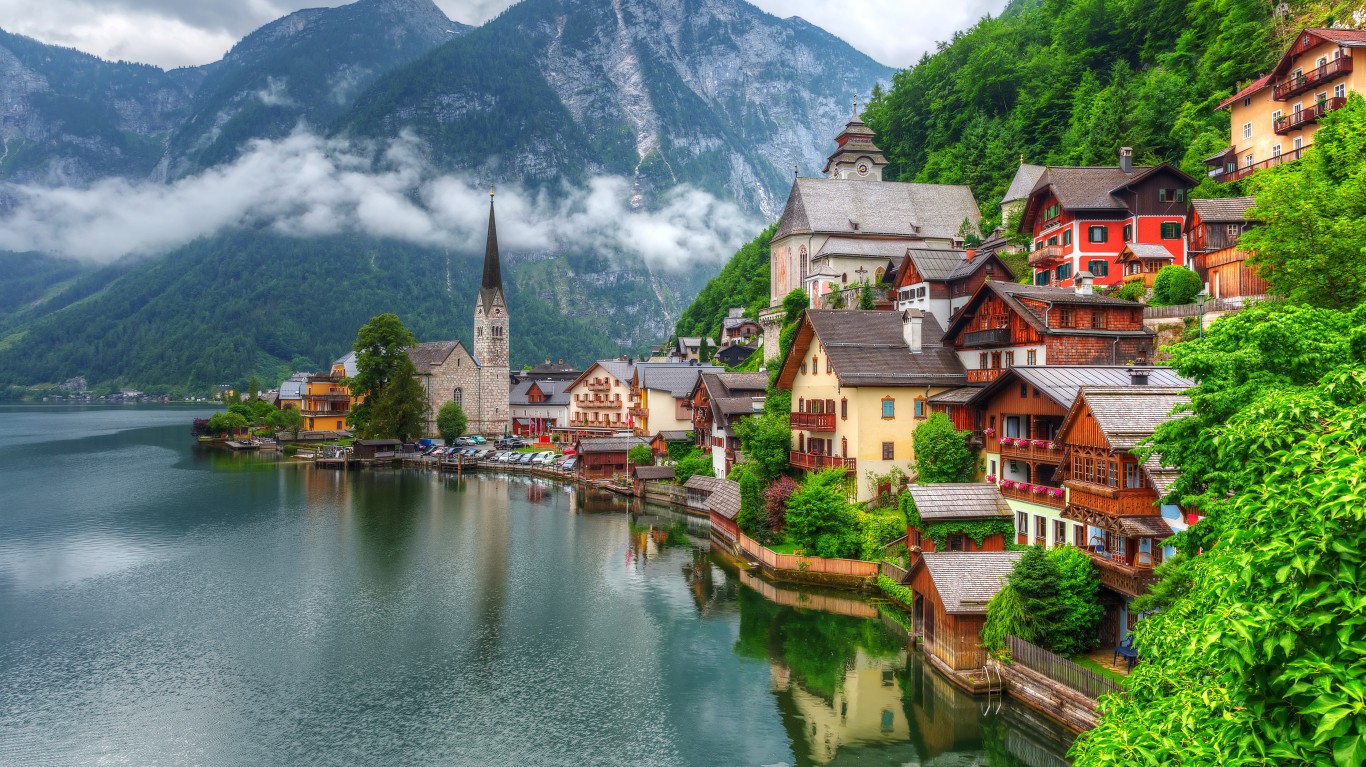 Following the dissolution of the Austro-Hungarian Empire after World War I, Austria created its Federal Constitutional Law (Bundes-Verfassungsgesetz), which is often referred to in its short-hand version, B-VG. After Nazi Germany absorbed Austria in the 1938 Anschluss, the constitution was suspended, but it was reinstated following the defeat of Germany in 1945.

Austria has a parliamentary form of government and executive power is shared by the president and a cabinet. A cabinet is formed by the chancellor, the head of the prevailing political party. Individuals are equal under the law. The federation and municipalities recognize the de facto equality of men and women. 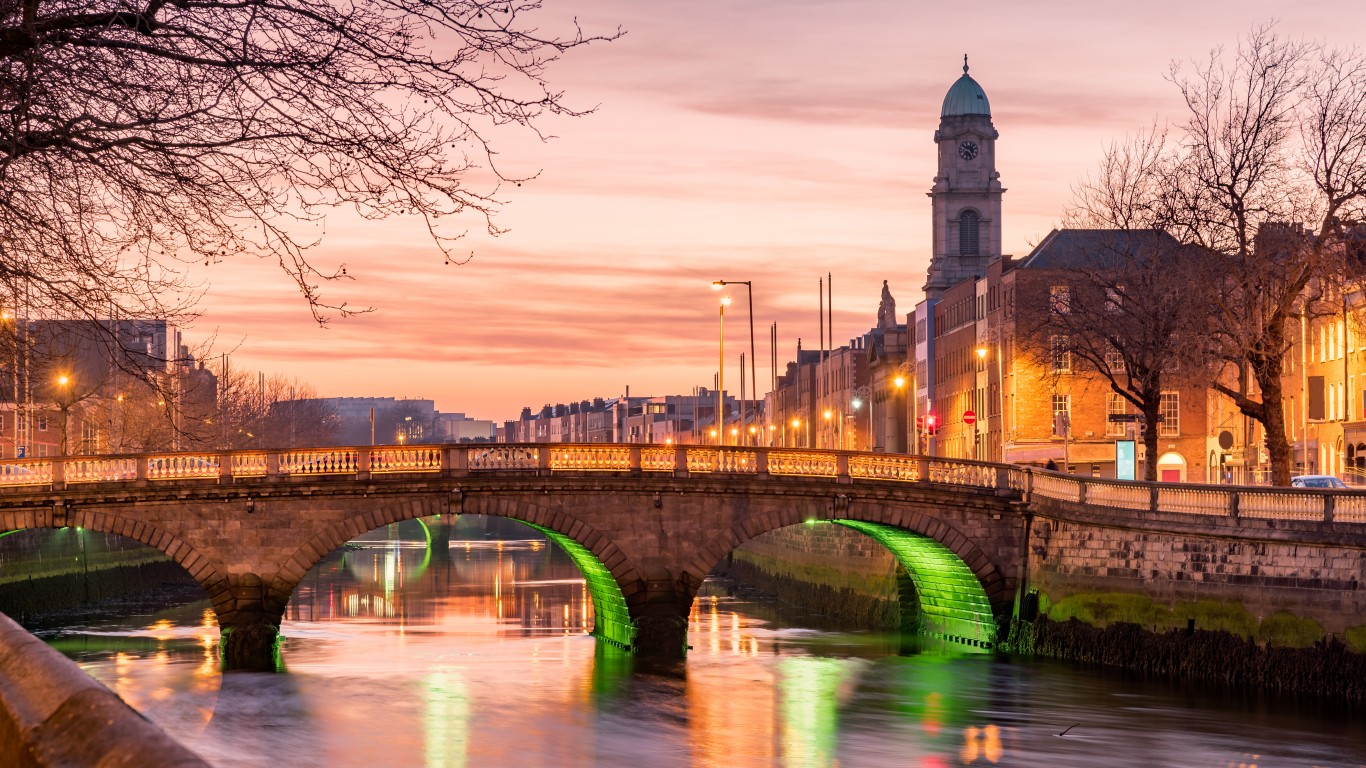 The constitution of Ireland adopted in 1937 replaced the constitution of the Irish Free State, which had been created after the Irish Civil War in 1922. Among other rights, the document granted women the right to citizenship and the right to vote, on an equal basis with men. The document also guaranteed freedom of worship, and forbade the state from creating an established church. The latter provision diminished the role of the Catholic Church in the daily lives of the Irish people. 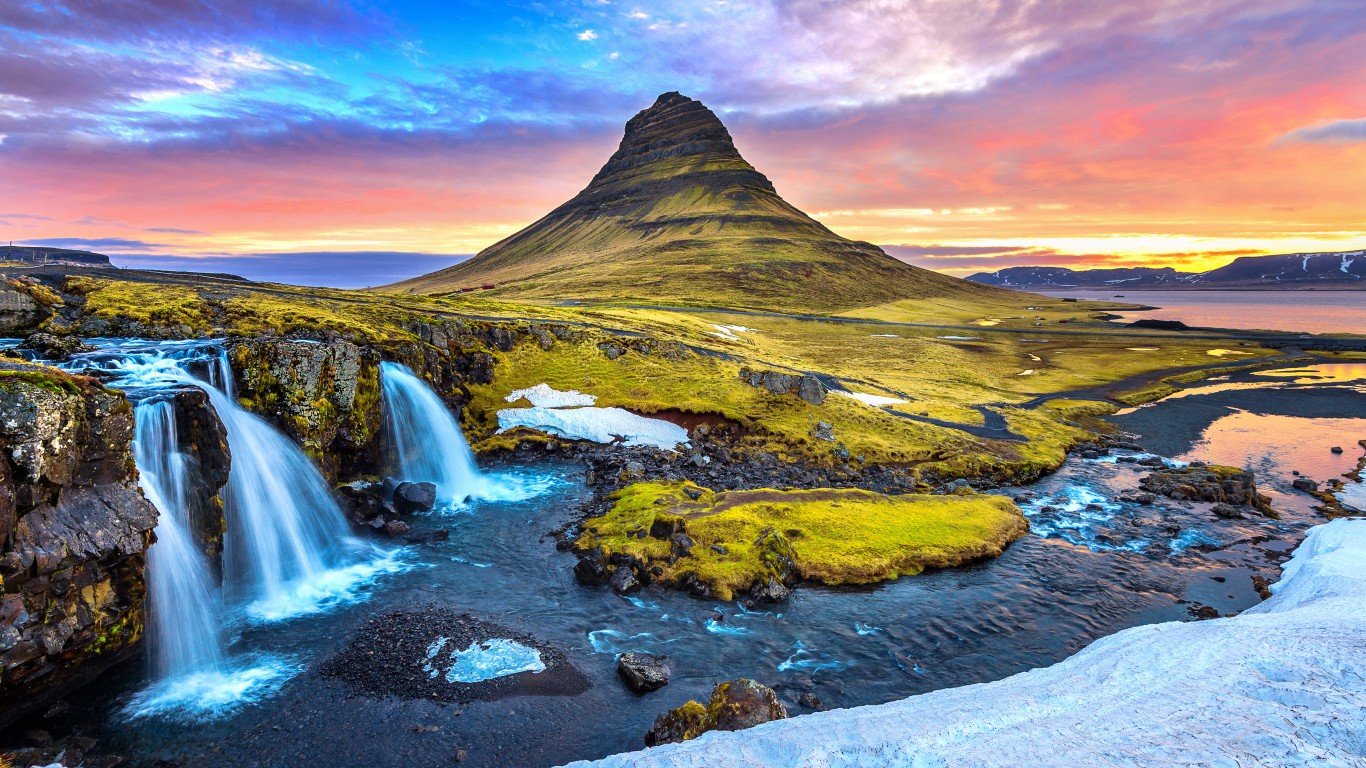 Iceland wrote its constitution in 1944. The island nation is a constitutional republic with a multi-party system. The head of state is the president. In 1980, Iceland was the first nation to elect a female president by choosing Vigdís Finnbogadóttir. Among the rights delineated in its constitution is universal equality before the law regardless of sex, religion, opinion, national origin, race, color, property, birth, or other status. Men and women shall enjoy equal rights in all respects.

Iceland has one of the world’s oldest parliamentary democracies, with its parliament, the Althingi, established in 930. Legislative power rests with both the parliament and the president. The judiciary is independent of the executive and the legislature.