In late 17th-century England, Londoners would hold parties the night before Valentine’s Day where men would select their Valentine and claim her the next day. The rite was treated as more mirthful than as a serious selection for a mate.

An article in an English newspaper in the mid-19th century referenced a late 17th-century poem in which men and women would participate in drawing lots to select their Valentines. 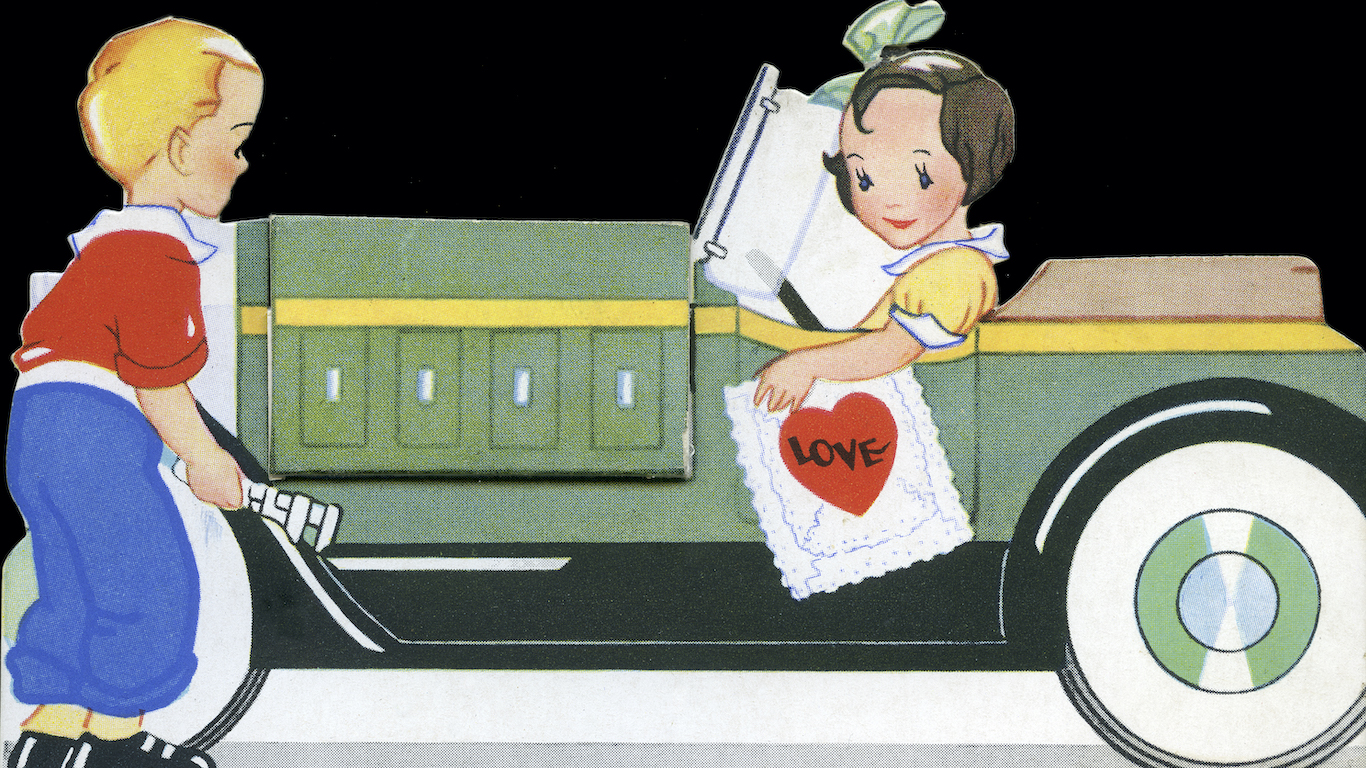 Noted English diarist Samuel Pepys wrote often about Valentine’s Day rituals in 17th-century England. As part of the celebration, women were given small gifts. Pepys wrote about buying gloves for his wife.

You’ve heard the expression “Say it with flowers.” It may have originated in the late 17th century when King Charles II of Sweden went to Persia and saw how the Persians expressed themselves through flowers. Giving a yellow carnation to someone meant that they had disappointed you. A purple hyacinth expressed an apology. Red roses are still associated with profound love.

The first Valentine’s Day cards were homemade and began circulating in the early part of the 19th century in England and later in the United States. The cards were decorated with lace, hearts, and festooned with ribbons.