Among this summer’s biggest blockbusters so far have been the recently released “Toy Story 4” and “Spider-Man: Far from Home.” Hollywood has a long tradition of producing “franchise films” — related motion pictures released closely together — for reasons that are abundantly clear. These movies often do extremely well at the box office, while skirting the risks involved in investing in a fully original film idea.

Sequels may seem more common than ever. Only one year passed between the release of Marvel hits “Avengers: Infinity” and “Avengers: Endgame.” Yet film franchises have existed for decades. The first James Bond movie, “Dr. No,” debuted in 1963. “Star Wars” came out in 1977. These movies have generated numerous sequels that have historically been — and remain to this day — exceedingly popular with movie audiences.

Many film franchises prove their worth with their longevity. For instance, there have been 25 James Bond movies. Audiences are enamored with the 007 character, and the series’ long-running popularity has been a blessing for its makers, even though not every film has been loved. Here is every James Bond movie, ranked from worst to best.

Other movie series may have fewer entries, yet are similarly successful and iconic. There have only been four Indiana Jones movies, but each one has been resoundingly successful on a financial level. A fifth entry in the series would almost certainly perform well at the box office thanks to name recognition and reputation. In fact, many of the 25 top grossing movies of all time belong to franchises.

To determine the top grossing movie franchises of all time, 24/7 Tempo looked at the combined domestic box office gross for all movies in franchises listed by box office data website Box Office Mojo. All box office figures were adjusted for inflation to provide a more fair comparison. Franchises that may be considered a subset of a larger franchise were not considered as stand-alone franchises. For example, The Dark Knight Trilogy — a Batman-based film trilogy directed by Christopher Nolan — was included as a part of the Batman franchise and not a separate series. 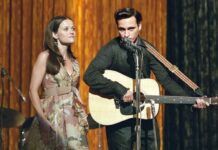 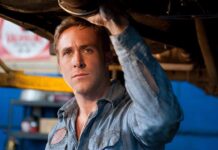 20 Actors Getting Paid the Most to Say the Least