Most American mountains are not very tall by global standards. The United States has only one mountain that is over 20,000 feet high, and even that peak does not make the list of the 100 highest mountains in the world. At the top of that list, Mount Everest reaches 29,031 feet at its summit. It is in a country where most of the highest mountains are located, Nepal, a small nation of 28 million people. (These are the tallest buildings in the world.)

Most of America’s tall mountains are in Alaska. This includes the tallest, Denali, also known as Mount McKinley. It carried that name, after the 25th president of the United States William McKinley, from 1917 until 2015. The official name was then changed to Denali, the name given to it by the Alaskan Native Koyukons.

Denali is the major attraction of Denali National Park and Preserve. The mountain was first summited in 1913, and the park now has over 500,000 visitors a year. These were the most visited U.S. national parks in 2020.

The peak of Denali is 20,310 feet above sea level, which makes it the tallest in the U.S. by about 2,000 feet. Second place Mount Saint Elias — which is in Alaska and Yukon, Canada — is around 18,000 feet high. (Read about the most beautiful natural wonder in every state.)

For several decades, there were questions about exactly how tall Denali is. According to the U.S. Geological Survey, modern technology changed the widely accepted elevation figure. In a report, “New Elevation for Nation’s Highest Peak,” researchers wrote: “A new, official height for Denali has been measured at 20,310 feet, just 10 feet less than the previous elevation of 20,320 feet which was established using 1950’s era technology.” The figure was calculated by climbers who used, among other tools, GPS.

The most popular way that people reach the highest levels of Denali is via a route laid out by mountaineer Bradford Washburn in 1951. 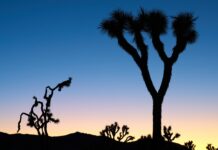 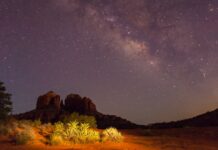 This Is the City With the Most UFO Sightings 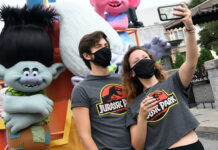