COVID-19 daily cases across the United States have remained largely flat in the past four weeks, though they increased almost 6% in the past 14 days, according to Centers for Disease Control and Prevention data. Nationwide, about 106,000 cases a day have been reported over the past seven days – about 224 per 100,000 people. Based on this per capita measure, the most dangerous state for COVID-19 remains Hawaii.

It should be noted that the case count, in Hawaii as elsewhere, is likely considerably higher than it appears. With less interest from the public and with many people now using at-home testing kits (and not reporting the results), cases are severely undercounted, experts warn. More states are also reporting less frequently.

To find the most dangerous state for COVID-19, 24/7 Tempo ranked states by average daily cases per 100,000 people over the most recent seven-day period, using data from federal, state, and local sources as of June 14. (These are the cities with the most COVID-19 cases.)

Florida, Colorado, and Hawaii were among the most dangerous states for COVID-19. While cases in Florida and Colorado jumped over the past two weeks, cases in Hawaii have declined – by 10% – over that time period. However, the Aloha State reported an average of 1,135 daily cases in the past week, or 79.9 average daily cases per 100,000 people, the most of any state.

Oklahoma , which was the least dangerous state for COVID-19 two weeks ago, reported an average of 677 daily new cases in the past seven days, or 17.2 cases per 100,000 people. Cases in the state jumped 167% in the past two weeks. (These are the largest cases of COVID-19 relief fraud.) 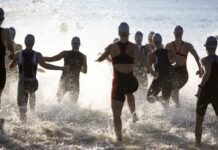 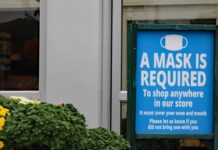