Alcohol is enjoyed responsibly by millions of Americans every day. Nearly 60% of adult men and 51% of adult women drink regularly, according to the 2019 National Survey on Drug Use and Health, an annual survey of more than 67,000 U.S. residents.

Many people, however, also report heavy use of alcohol. Approximately 19.0% of adults in the U.S. report regularly consuming unhealthy amounts of alcohol. In some states, excessive drinking rates are higher.

24/7 Tempo reviewed the adult excessive drinking rate in every state  from the 2020 County Health Rankings & Roadmaps, a Robert Wood Johnson Foundation and University of Wisconsin Population Health Institute joint program, to identify the states with the lowest and highest shares of people reporting binge or heavy drinking.

Roadway fatalities involving alcohol are one of the most common causes of preventable death in the United States. Nearly 28% all fatal car accidents in the U.S. involve an alcohol-impaired driver. Not surprisingly, states with higher excessive drinking rates are more likely to have deadly roadway accidents involving alcohol. All but one of the 15 states with the largest shares of adults binge drinking or drinking heavily have above average rates of alcohol-related roadway fatalities. These are America’s 50 worst cities to drive in.

In the short term, excessive drinking can increase the likelihood of violence, risky sexual behavior, alcohol poisoning, and injuries. The potential long-term effects of excessive alcohol consumption include alcohol dependence, heart disease, liver disease, certain types of cancer, and mental health problems, including depression. This is the least healthy county in every state.

To identify the drunkest U.S. states, 24/7 Tempo reviewed the percentage of men and women 18 and over who report excessive drinking in every state.

Drinking data per state is from the 2020 County Health Rankings & Roadmaps, a Robert Wood Johnson Foundation and University of Wisconsin Population Health Institute joint program. Health outcomes, including percentage of driving deaths that are alcohol related, and the percentage of adults who report being in fair or poor health are also from the CHR.

All data are as of the most recent available year. Social and economic factors, including poverty rates, are from the U.S. Census Bureau’s 2019 American Community Survey. 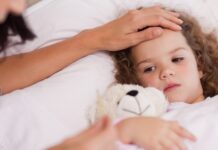 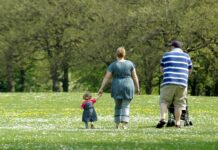