Franklin, Tennessee, is about 20 miles south of Nashville, and is a magnet for amateur Civil War historians. From July 1, 2016 to July 1, 2017 alone, the city grew 4.9%, and was the fastest growing city in Tennessee. A strong health-care sector is fueling job growth. Publications such as The Wall Street Journal and Money magazine cite the city’s robust downtown, vibrant music scene, and well-preserved Civil War battlefields among the reasons why the city is growing.

League City, Texas, is about 26 miles southeast of Houston, and is equidistant from the coastal city of Galveston to the southeast. The expanding Texas city advocates sustainable growth and promotes its recreational lifestyle and school system. Money magazine listed League City among its best small cities in America back in 2006. 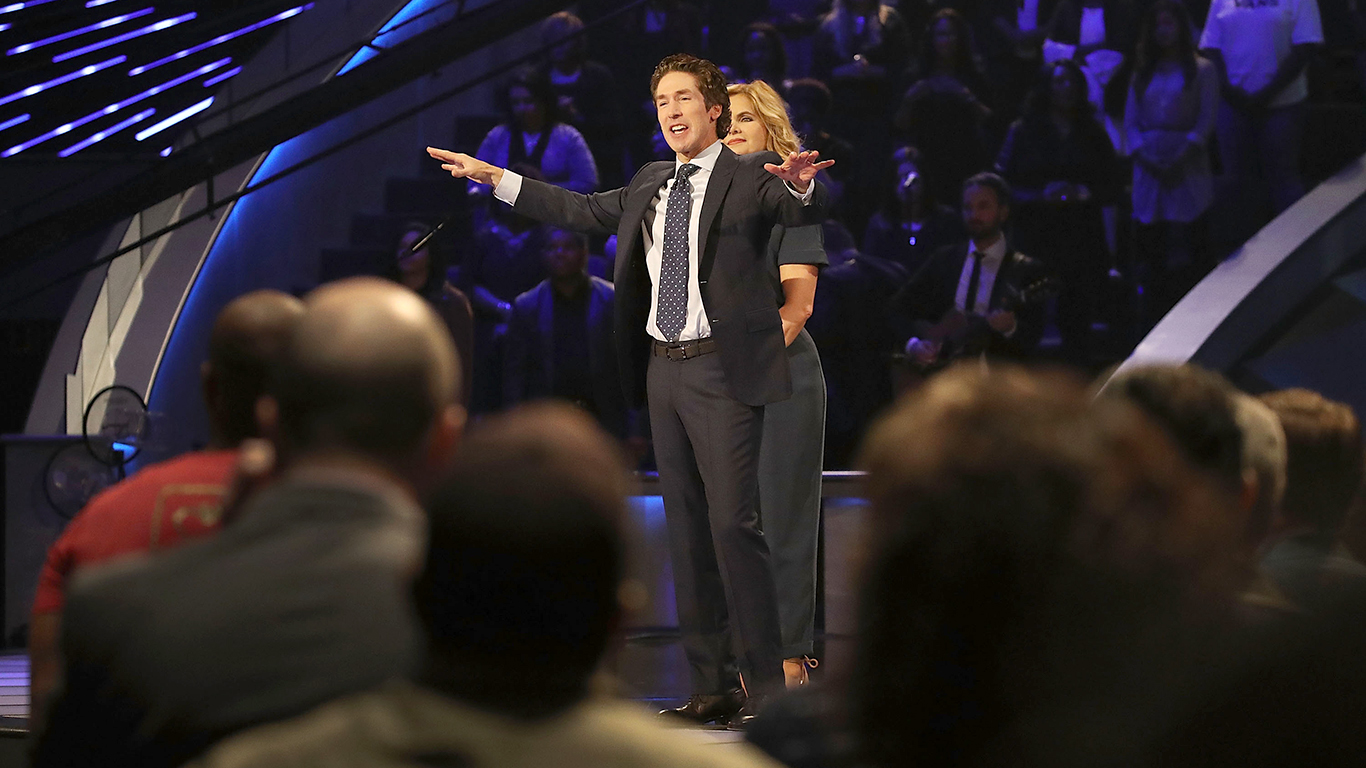 24/7 Tempo
25 Most Popular Churches in America

Cary, North Carolina, is part of the Research Triangle, an area surrounded by three major research universities. With so many skilled college graduates in the area, many agriculture, technology, and advanced manufacturing companies have started in or moved to the Triangle. This may be one of the reasons for Cary’s nearly 69% population growth from 2000 to 2018 — adding a total of more than 65,000 residents.

Pasco, located in southeastern Washington state on the Columbia River, was a key transport center for the military during World War II. The opening of the Interstate 182 bridge in 1984 was critical to access to the area. The region has long been known for agriculture and produces crops such as wheat, apples and potatoes. Major employers include such corporations as Amazon, ConAgra Foods, and Lockheed Martin.

The city, located between El Paso to the west and Fort Worth to the east, saw its population swell by more than 18% between 2010 and 2018, and some of the biggest reasons are the deposits of oil and petroleum. Midland is located on the Permian Basin, a 75-000-square mile region that has large swaths of oil and natural gas. The jobless rate in Midland is 2.0%, compared with the national unemployment rate of 3.6%. The city is experiencing growing pains such as increased traffic, banged-up roads, and climbing housing prices.