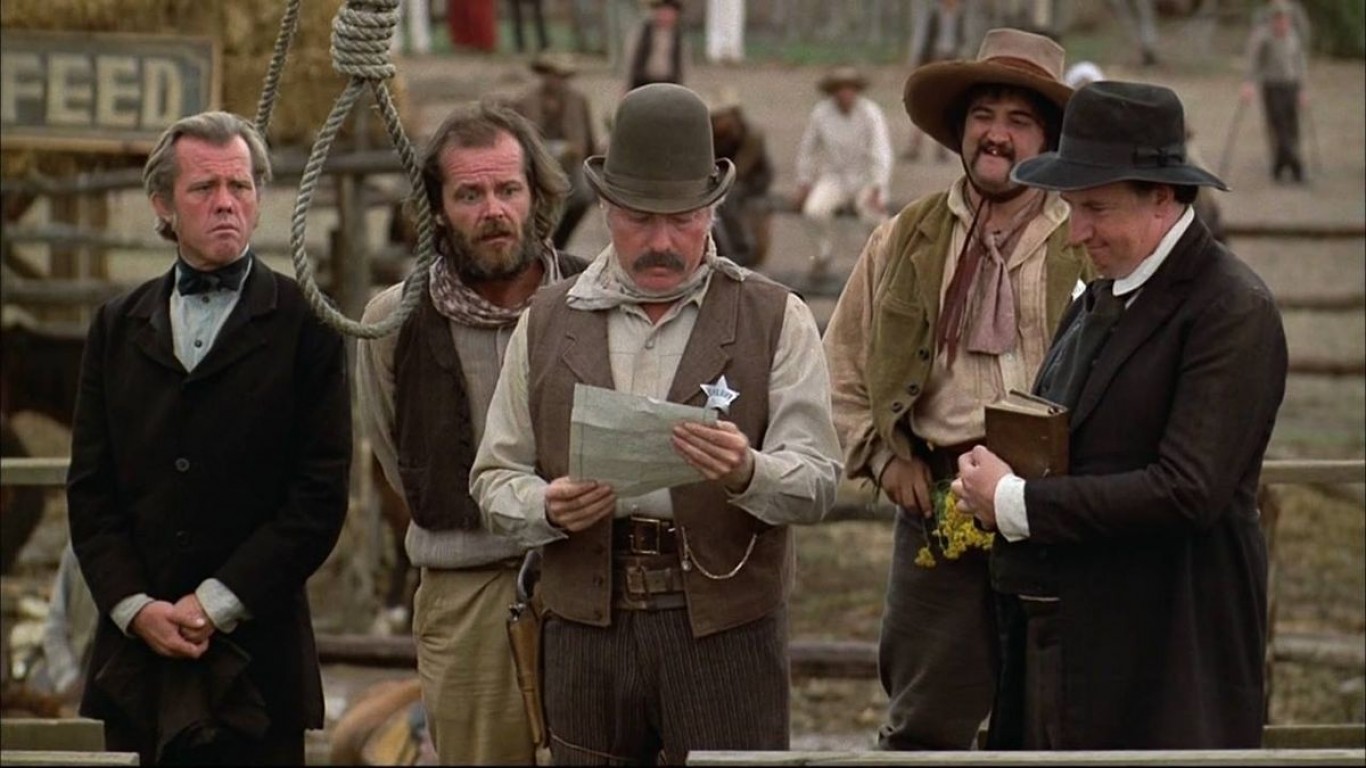 “Goin’ South” is a Western comedy starring Jack Nicholson as subpar outlaw Henry Moon. Moon is scheduled to be hanged for his crimes, but a loophole exists that allows criminals to walk free if a woman will marry them and set the convict straight. Julia Tate agrees to wed Moon, but has other plans in store once he’s free. Meanwhile, a local sheriff’s deputy (played by Christopher Lloyd; another deputy is John Belushi) grows jealous of their marriage. A critic at the Washington Post was not impressed and said “‘Goin’ South’ is the most flat-footed comedy to collapse on the screen since Nickelodeon.” 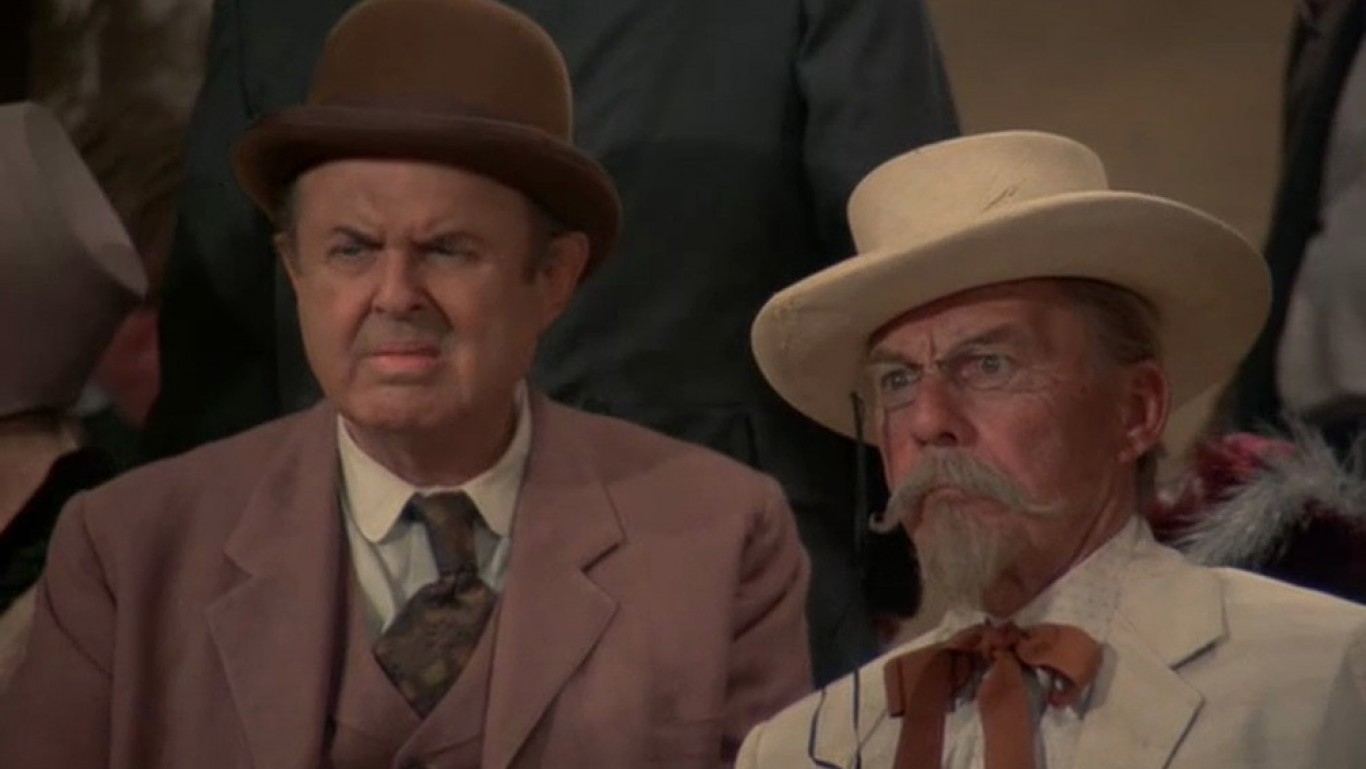 “The Apple Dumpling Gang” is a Disney Western comedy, based on a 1971 book of the same name by Jack Bickham. In 1879, a degenerate gambler is tricked into taking in a group of hooligan orphans in a mining town somewhere in the Old West. The gambler’s bad fortune turns around when the group stumbles upon gold. Roger Ebert dismantled the film, saying “Every time I see one of these antiseptic Disney films, I’m reminded of the thrills and genuine artistry that went into the studio’s films during its golden age in the 1940s and 1950s.”

ALSO READ: The Worst Movies of the 1960s 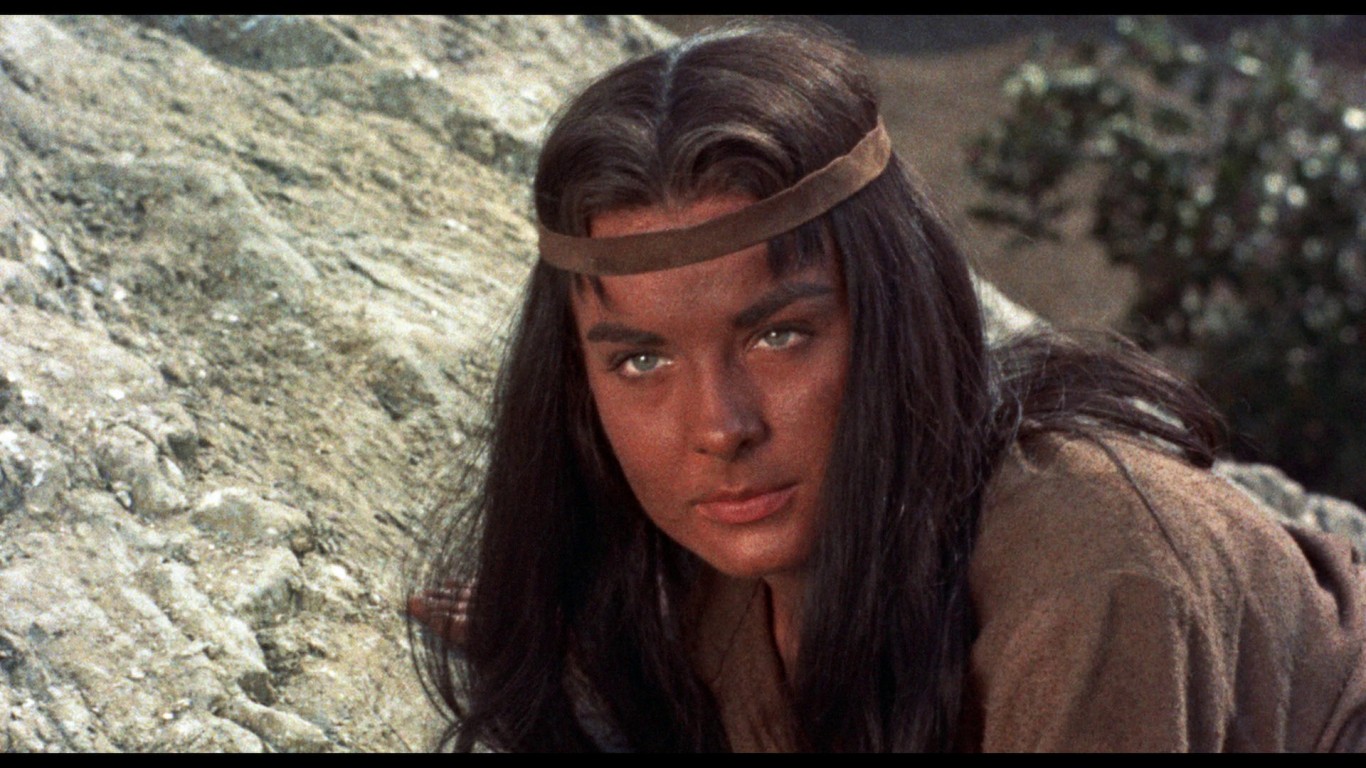 This film stars Burt Lancaster as an “unconquerable” Apache named Massai. Following the surrender of Geronimo, Massai, the last of the Apache warriors, is being transported to a reservation in Florida. He decides to escape and heads home in search of his one true love and a place where he can live free. Matt Brunson at Film Frenzy cited too many “abrupt shifts in both message and characterization” as one of the film’s biggest flaws. 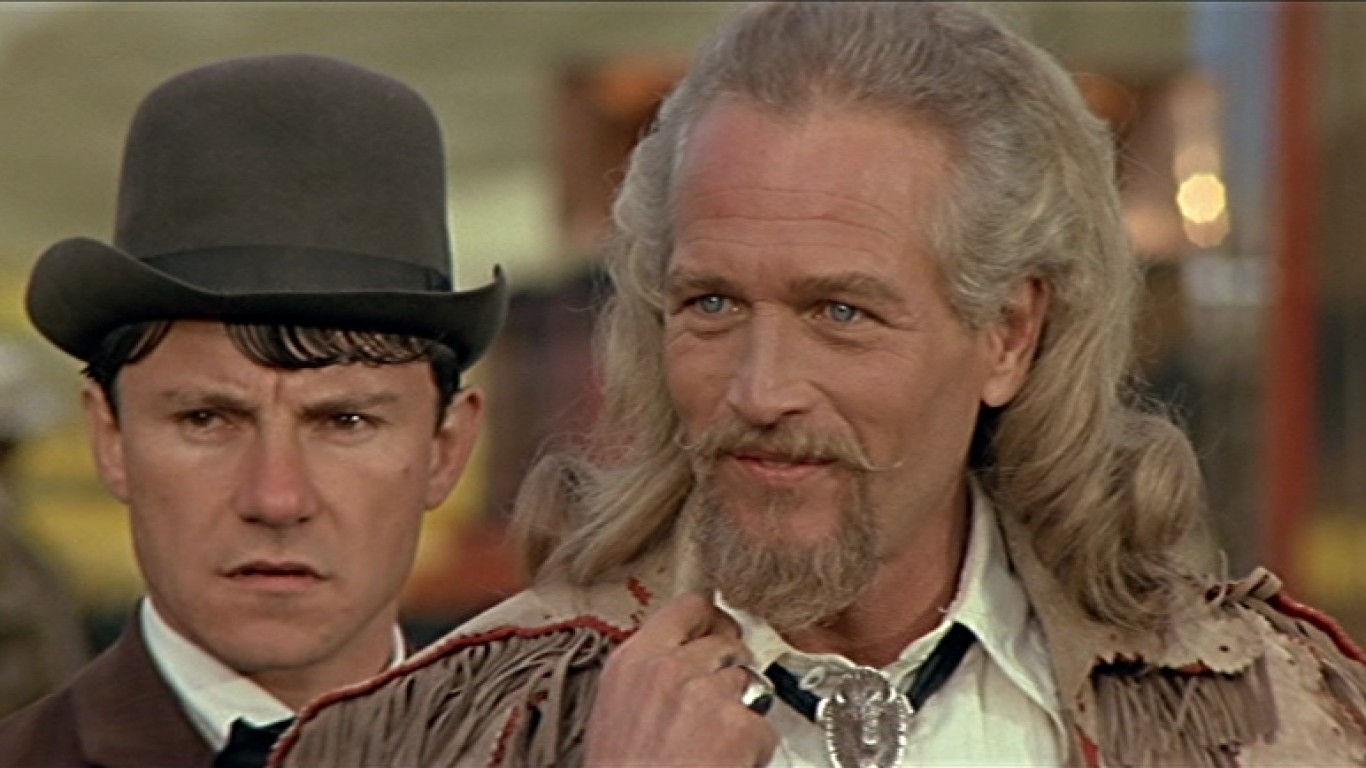 Based on the play “Indians” by Arthur Kopit, “Buffalo Bill and the Indians, or Sitting Bull’s History Lesson” takes aim at the American historical myth that white men valiantly won over West from violent savages. Famous Lakota chief Sitting Bull arrives to guest star in Buffalo Bill’s Wild West show but instead of being a barbarian he is noble and heroic and tries to set the historical record straight. The film got mixed reviews from critics and was poorly received by audiences in the year the United States was celebrating its bicentennial. One critic simply said “the intention is better than the end product.” 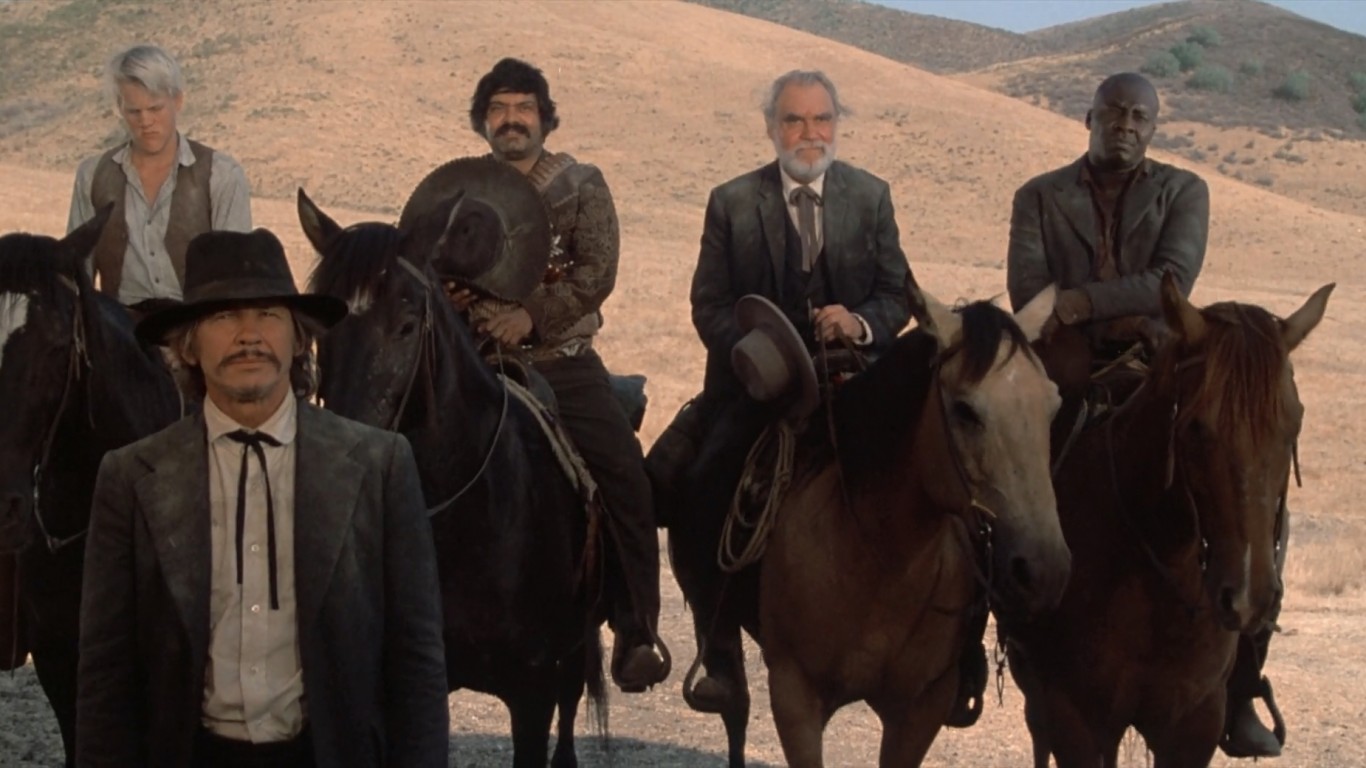 “From Noon Till Three” is a Western comedy starring Charles Bronson and his wife, Jill Ireland. Graham Dorsey (Bronson) is a bank robber who has visions of a planned robbery going horribly wrong. On the way to the robbery his horse gives out and the gang stops at a widow’s ranch. Eventually, Dorsey’s men go out to find another horse and leave him alone with Amanda Starbuck (Ireland). The two wind up in a strange relationship. One critic wrote the film off as “a laughable piece of idiocy.”