24/7 Tempo
Home Money The Toughest Places to Be Fashionable

Everyone has heard the saying “all dressed up with no place to go,” but what about having a full wallet with no place to shop? For many so-called bedroom suburbs — commuter towns that are primarily residential with few local businesses — this is exactly the case.

24/7 Tempo has identified the toughest places to be fashionable in the United States, based on the scarcity of clothing retail stores and other fashion-related enterprises in these relatively densely populated cities.

Most of the communities where it can be difficult to be fashionable, such as San Tan Valley, a commuter suburb of Phoenix, have large populations with high household incomes and relatively few places to shop. Nearly an hour from downtown Phoenix, residents of San Tan Valley may have the money to spend on clothing, but they also have to travel if they wish to spend it at better known places that are more likely to have an abundance of options — these are the 20 most popular stores in America. 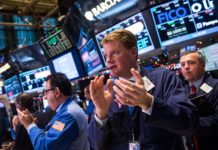 Life Is Good, Say 90% of Americans