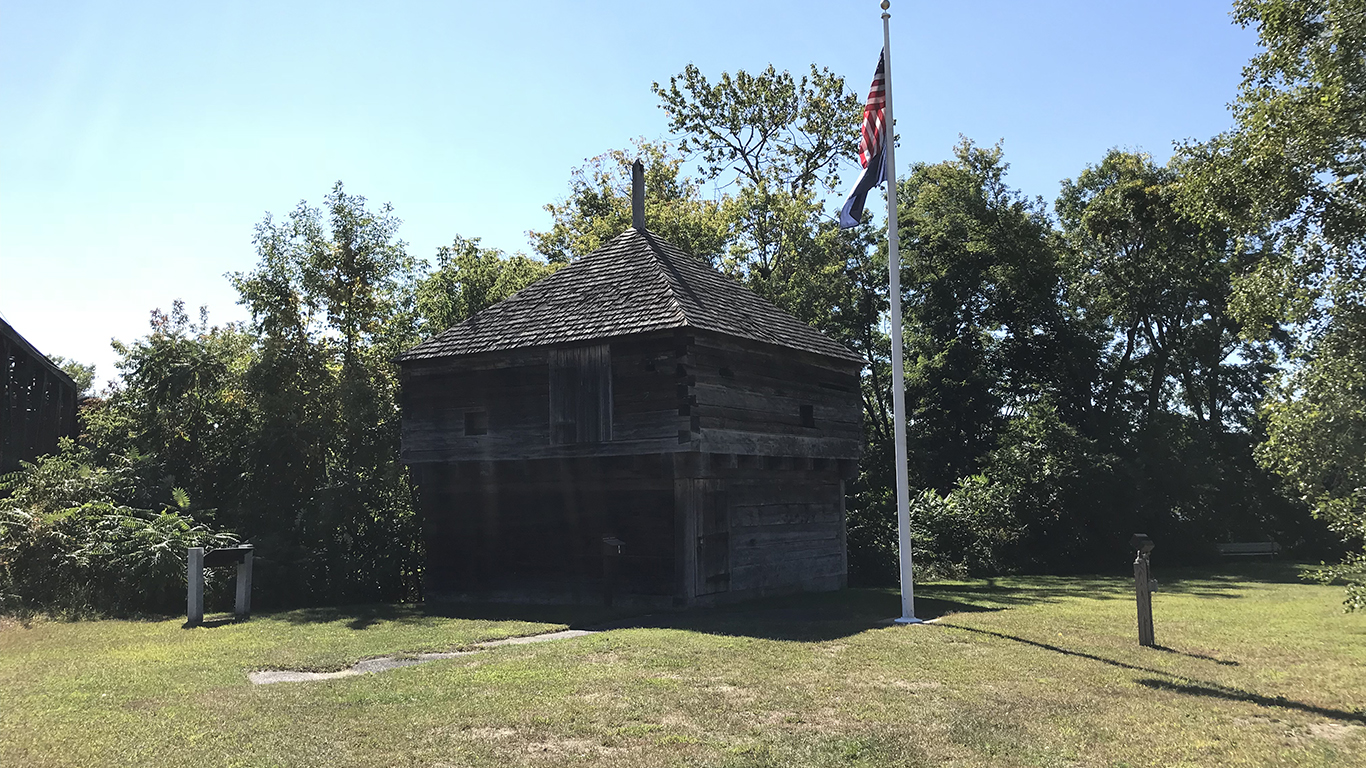 The solitary blockhouse at Fort Halifax is the oldest of its kind in the United States today. The British originally constructed the wooden palisaded fort in 1754, during the French and Indian War, hoping to keep Canadians and their Native American allies from attacking English settlements via the Kennebec River Valley. Fort Halifax also hosted troops under Colonel Benedict Arnold on their way to Quebec during the American Revolution. Everything aside from the surviving blockhouse was dismantled after that. The west side of Fort Halifax Park is the site of continuous archaeological explorations. 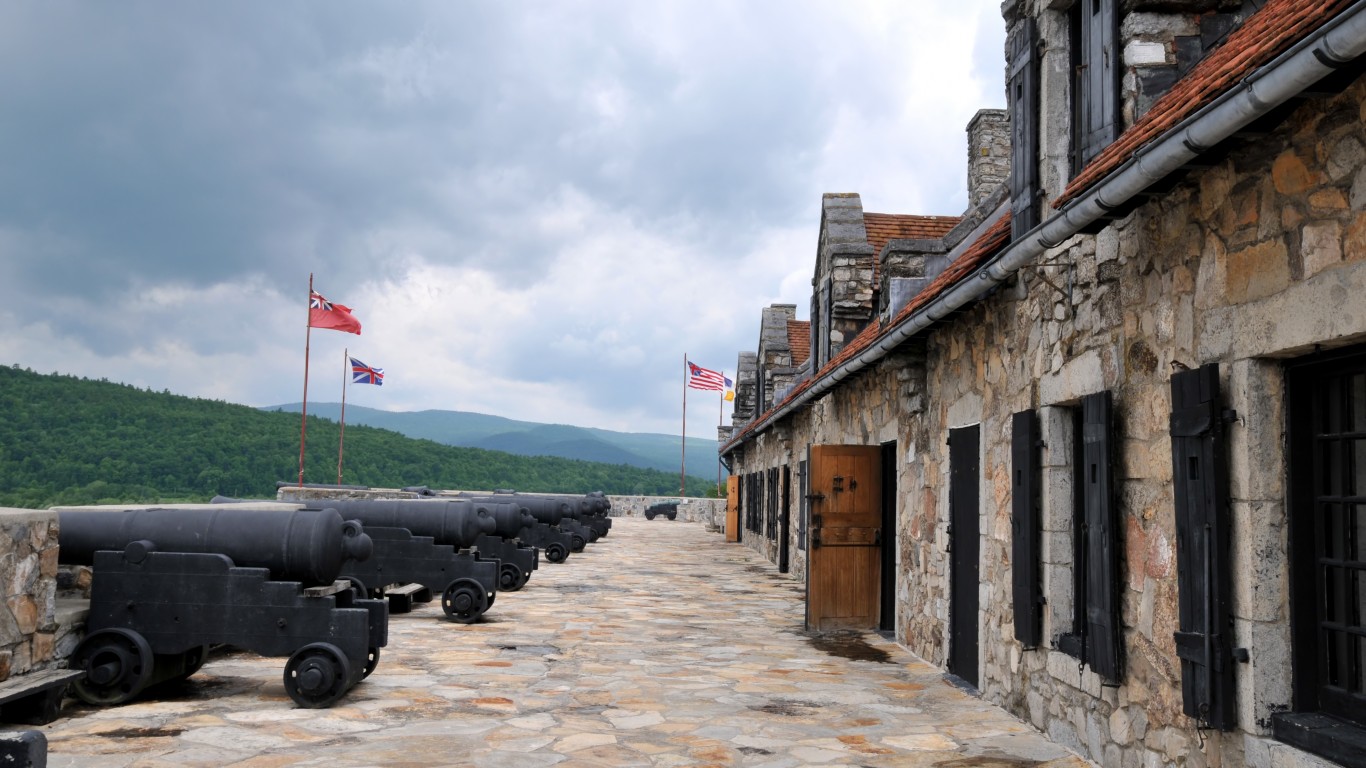 French-Canadians built this star-shaped fort near the south shores of Lake Champlain in New York state during the Seven Years’ War. The British ended up controlling the fort from 1759 until it was captured by the Americans in a surprise attack in 1775. Even though the fort returned to British hands in 1777, it was ultimately abandoned. The fort was restored by a private family in the early 20th century, and today it’s a museum and tourist attraction. 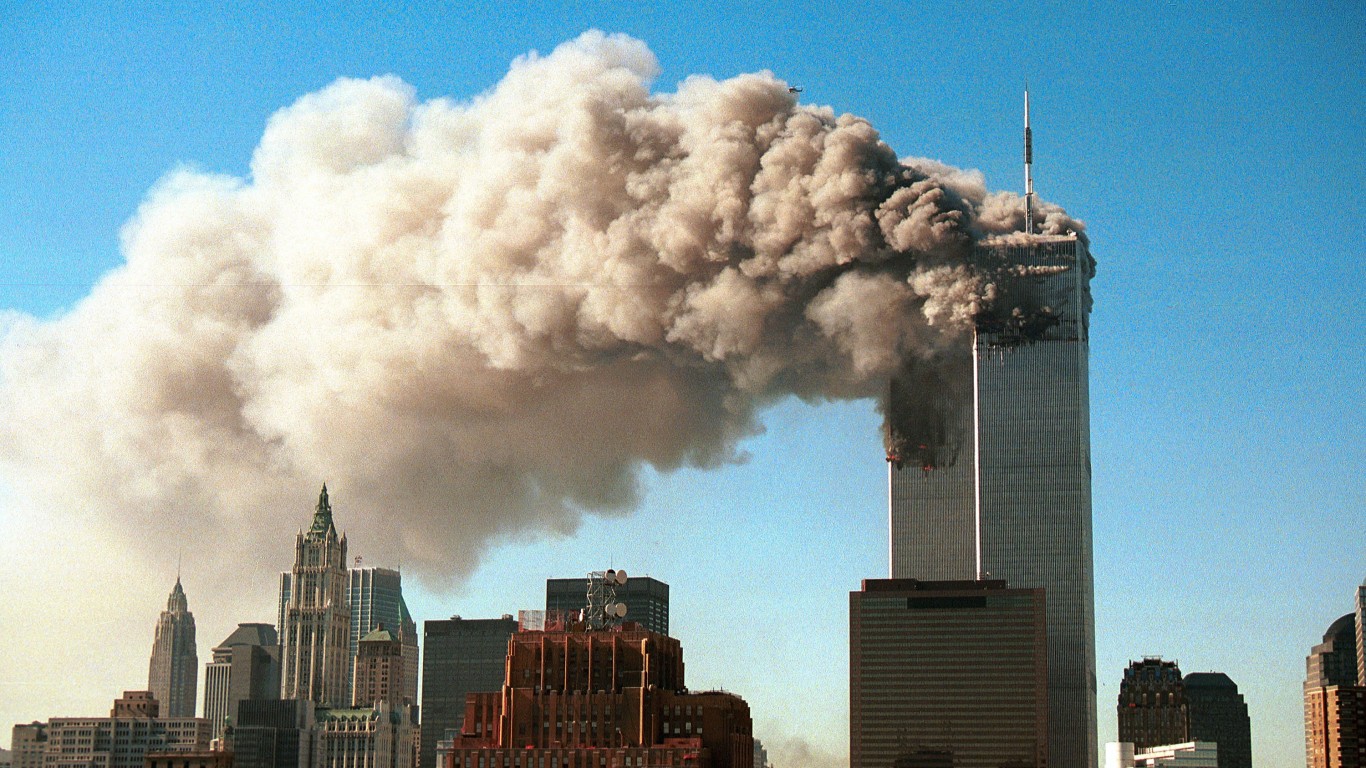 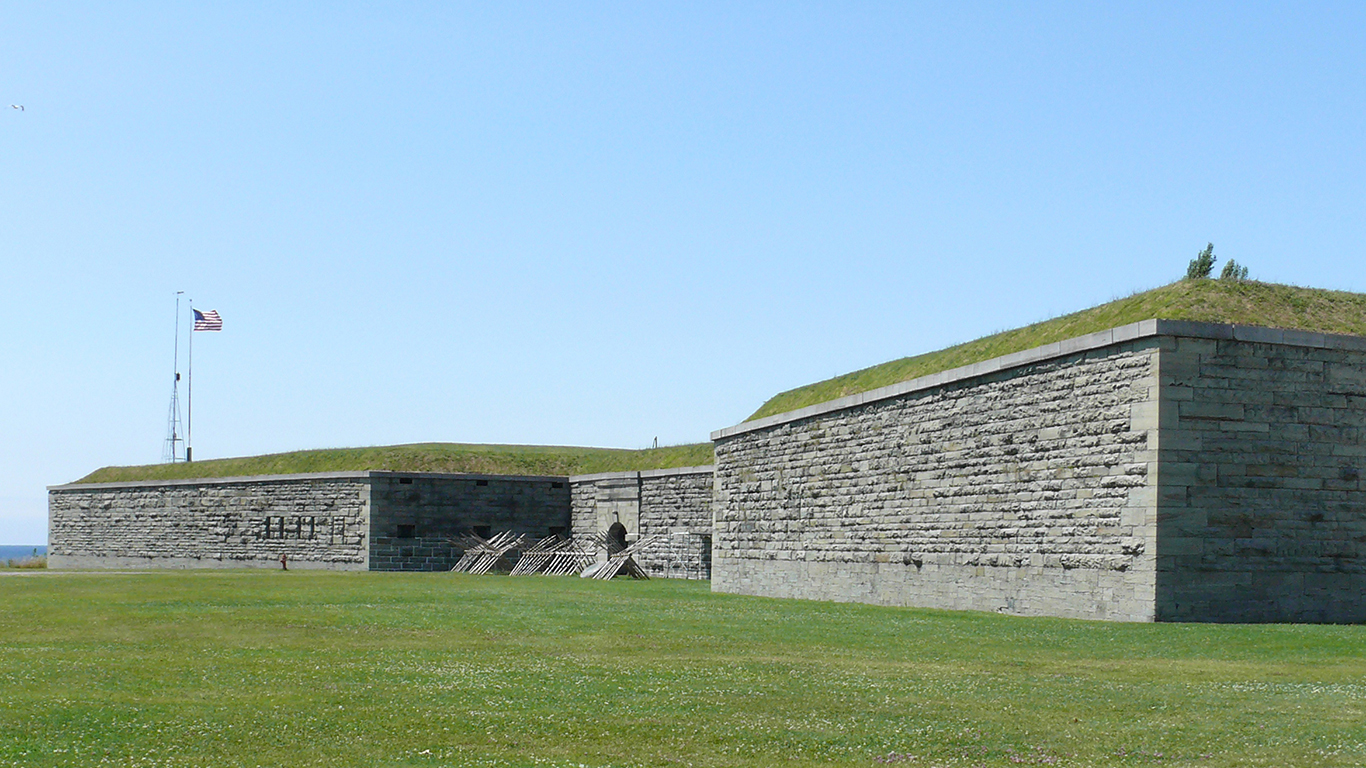 This British fort has been destroyed and rebuilt many times since it was first erected in 1755 during the French and Indian War. It also served as a military hospital and housed Jewish refugees during World War II. The restored fort is now open to the public as a state historic site from May through early October. 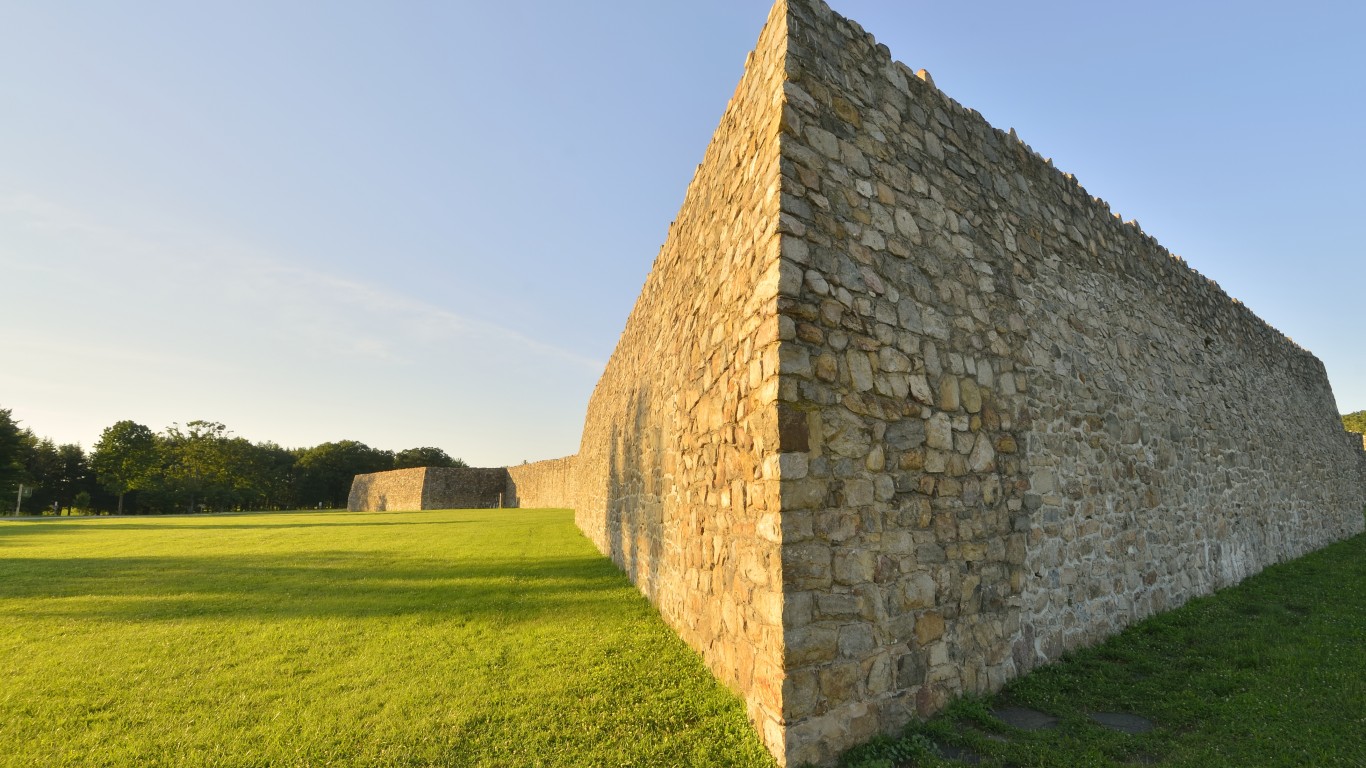 The colony of Maryland constructed this large stone fort during the French and Indian War, mainly as a refuge for area settlers. The fort later served as a prisoner of war camp during the Revolutionary War, with up to 1,000 captured British and German soldiers. By 1922, when the property was acquired by the state of Maryland, the walls had deteriorated but were standing up to eight feet high in places. A complete reconstruction was possible, thanks to the discovery of the original plans and archaeological investigations. 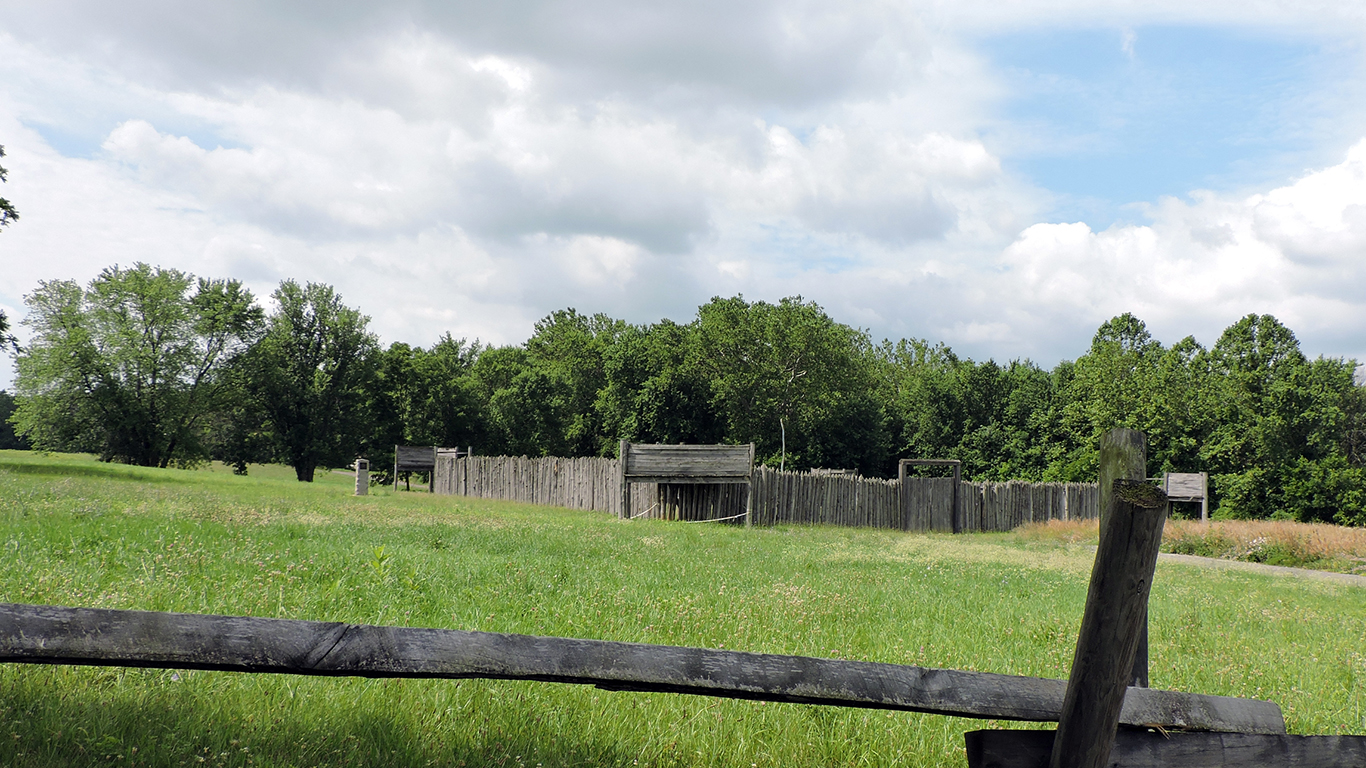 Fort Loudoun was constructed by the British in what is now Monroe County, Tennessee, to encourage Cherokee support for the British at the outset of the French and Indian War. However, the relationship soured after a massacre of several Cherokee chiefs, and the Cherokee attacked the fort in 1760. The fort was rebuilt during the Great Depression, and the Fort Loudoun State Park offers an interpretative center featuring artifacts that were excavated prior to the Fort’s reconstruction.