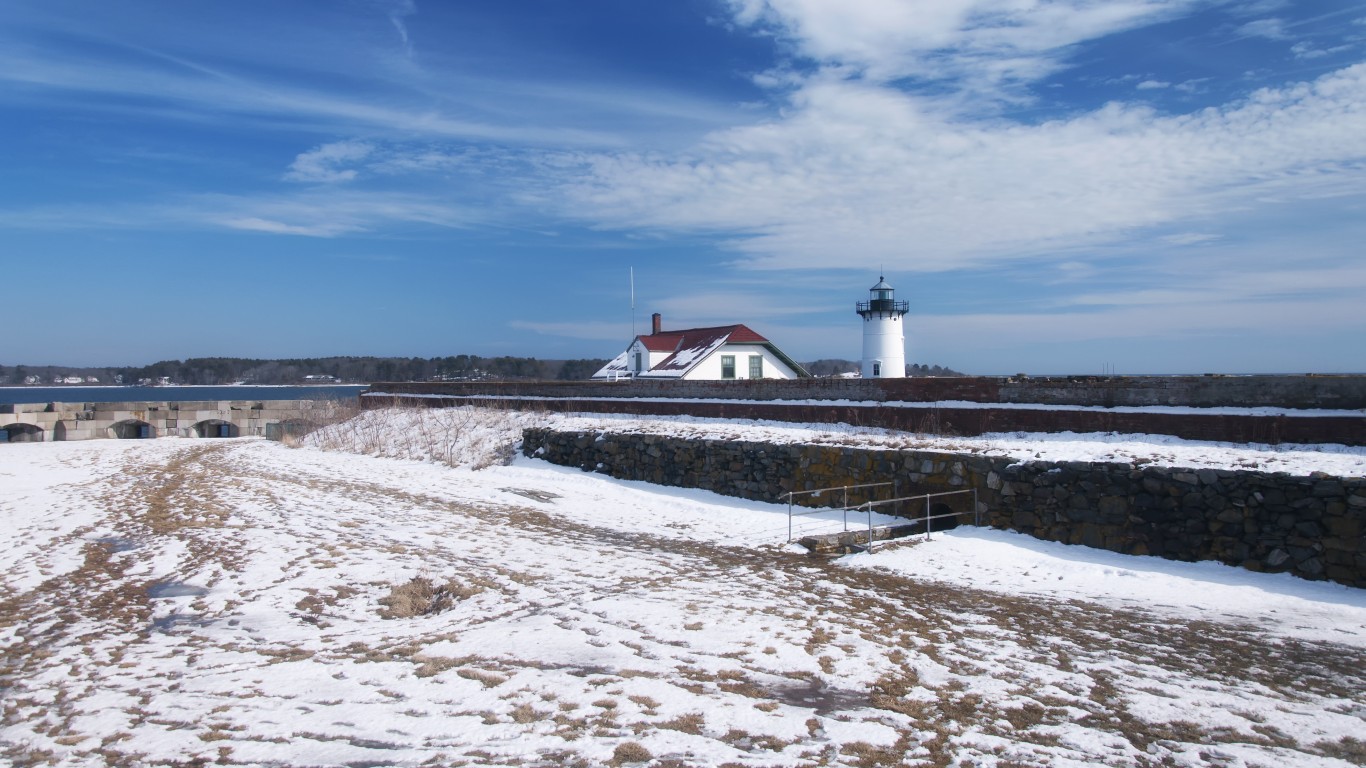 Built by the British to guard access to the harbor at Portsmouth and originally known as The Castle and then Fort William and Mary, this fort was captured by Patriots during the Revolutionary War. The fort was rebuilt, and renamed Fort Constitution, in 1808, and expanded through 1899, ultimately operating through the 1950s. Visitors can still check out ruins from the 1808 structure. Now part of a New Hampshire state park, the site is also home to the Portsmouth Harbor Light, a lighthouse completed in 1878. 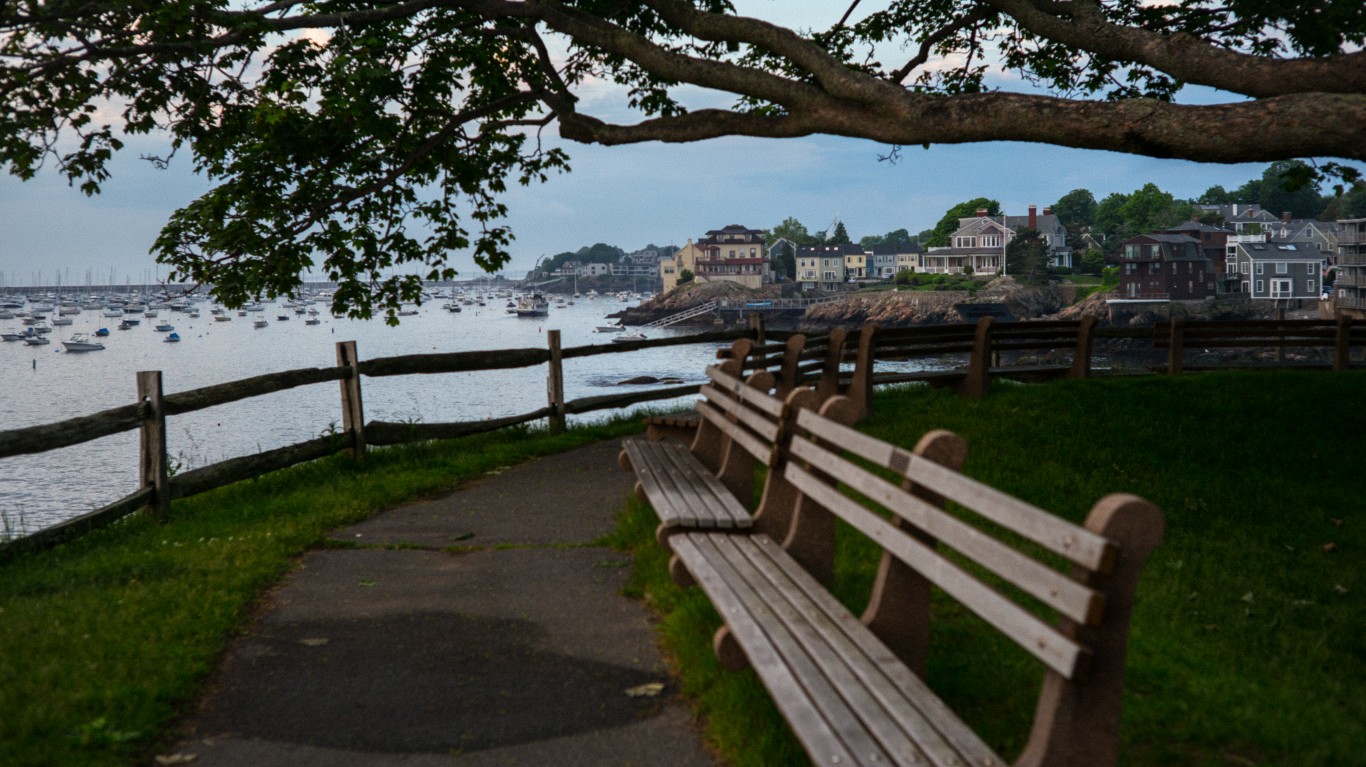 One of the oldest English coastal fortifications, Fort Sewall was last used during the Spanish-American War in 1898. In 1922, the federal government turned the fort over to the town of Marblehead, and it’s now open as a public park. Thanks to a $1.5 million dollar rehabilitation effort, the Fort Sewall Oversight Committee was able to give the structures a recent facelift, re-creating a gun platform and restoring the masonry work. 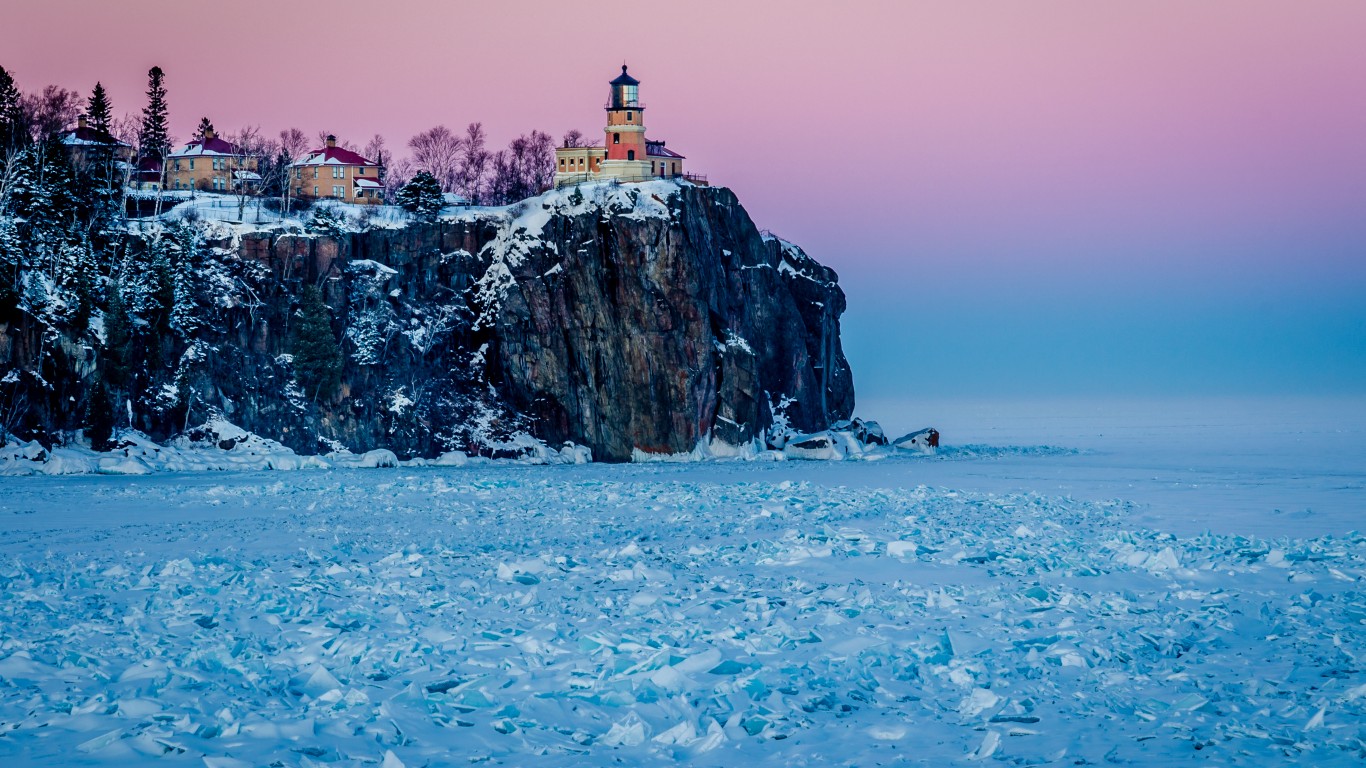 24/7 Tempo
The Most Beautiful Lighthouses in America 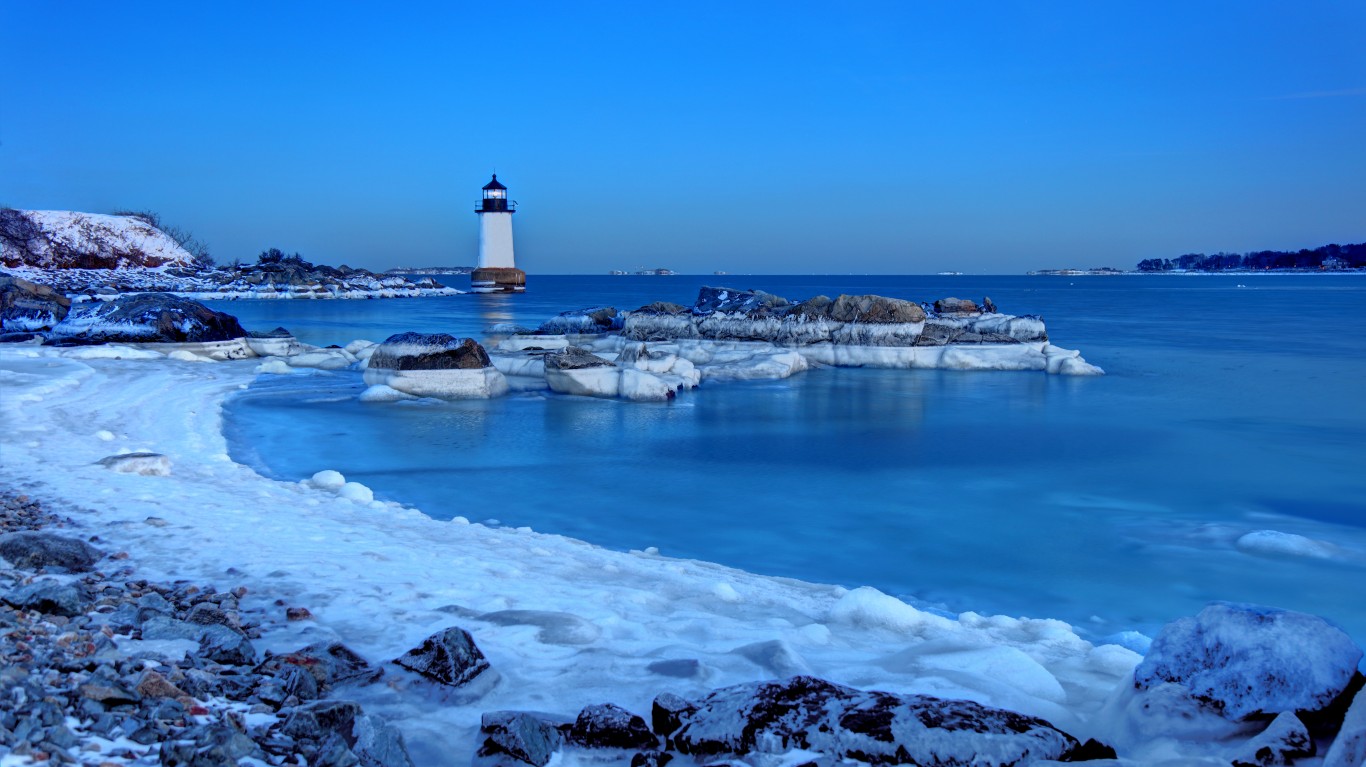 Fort Pickering served as a strategic coastal defense and military barracks for Salem Harbor over a variety of periods, from the Anglo-Dutch Wars through World War II. Today, you can visit the Civil War-era remains of the fort as part of the Winter Island Maritime Park. 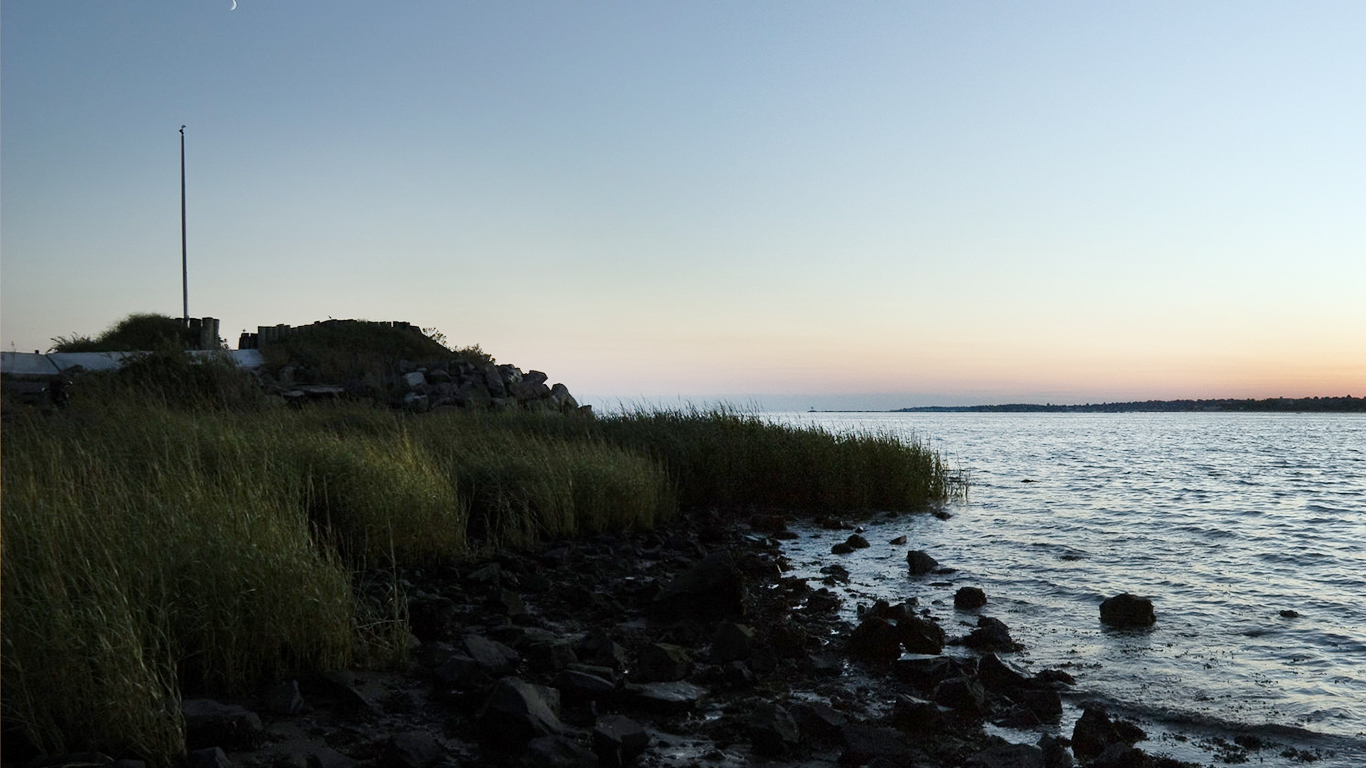 Several forts have stood on this site, beginning with an unnamed British structure from 1659. In 1776, colonists built a new fortification here, dubbed Black Rock Fort. Before the War of 1812, it was reconstructed and named after American patriot Nathan Hale. The fort became a historic site in 1921. After years of neglect, it was brought back to life with the formation of the Fort Nathan Hale Restoration Project. Reconstruction, then rededicated in 1976, the fort is now the focal point of a 20-acre city park that draws visitors from around the world. 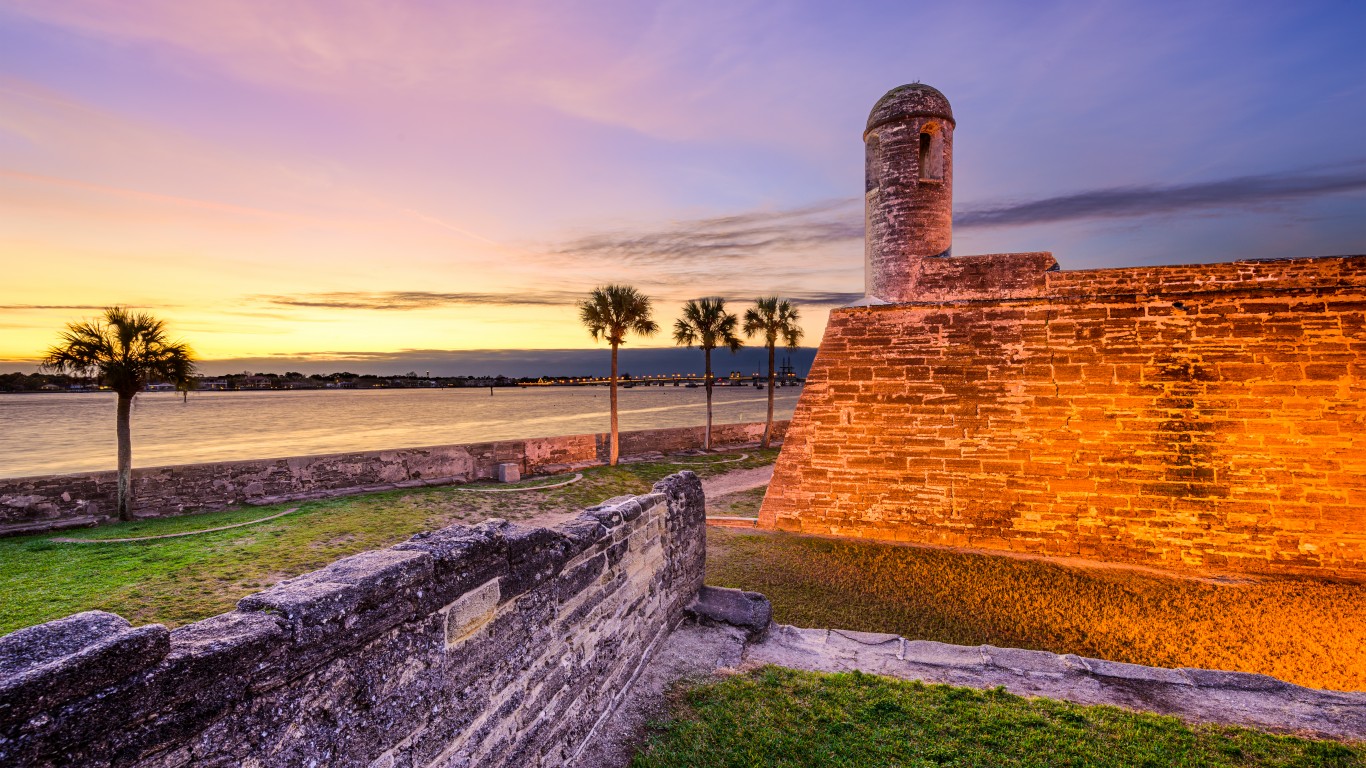 Castillo de San Marcos is the oldest surviving masonry fort in the country, first erected when Florida was part of the Spanish empire. The fort has changed hands five times under four governments, serving as a designated U.S. Army base beginning in 1821. The Castillo de San Marcos National Monument has become a popular tourist attraction,