Have you ever wondered why your parents picked your name and why you are not, say, Lucifer?

Names that may have once been considered edgy or unusual have been dropping in popularity lately. For example, Riaan, Kulo and Kolby have fallen out of favor for boys, making room for Wells, Kairo and Caspian, which have seen the largest increases in popularity between 2016 and 2017.

Traditional names, such as Elizabeth and John, have also dropped in popularity, but remain in the top 20 of all time. On the other hand, some names that were popular for decades have not made a revival. Dorothy, for example, hasn’t been in the top 3 since 1934.

Deciding on a child’s name is usually a negotiation process, often ending in a compromise. Cultural influences clash with personal preferences and the results can range from familiar to funky.

The Social Security Administration has tracked since the turn of the 20th Century 67,046 different female and 40,927 different male names in the United States — each with its own meaning and history behind it.

To identify the most popular names in America, 24/7 Wall St. reviewed data from the Social Security Administration (SSA) for the period from 1880 through March 2018. SSA tracks every name with at least five occurrences. All names are from Social Security card applications for births that occurred in the country after 1879. We calculated the share of each name for boys and girls born in each year since then. The popularity rank is based on the average frequency of each name over that time period. The total number of people given the name and the year of peak popularity also came from the SSA. 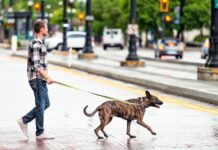