Think college students are the heaviest drinkers? Think again. Studies have shown that baby boomers — those now aged between 57 and 75 — not only drink more alcohol than the silent generation before them, but also more than millennials and Generation Z. So what are these boomers drinking?

The beer boomers like the most might surprise you. It’s not Budweiser, Miller, or Coors. In fact, it’s not even an American beer. According to a survey of tens of millions of Americans, the baby boom generation prefers the Dutch brew Heineken above all others. (Here, though, are some “imported” beers that are actually brewed in the U.S.)

It might also come as a surprise to learn that, while classic commercial brands like Corona, Michelob Ultra, and Bud Light dominate the top 20, craft breweries are mostly relegated to the bottom of the list. (Craft brews, on the other hand, dominate our ranking of America’s 40 most delicious beers.)

While boomers may be the heaviest drinking generation, they tend to be pickier than millennials. Of the 75 beers in the ranking (actually, 73 beers plus two hard seltzers — Bon & Viv and the ubiquitous White Claw, heady competitors to beer these days), only eight scored 40% or higher in popularity with boomers, while millennials gave scores of 40 and above to 20. 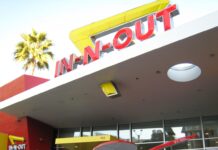