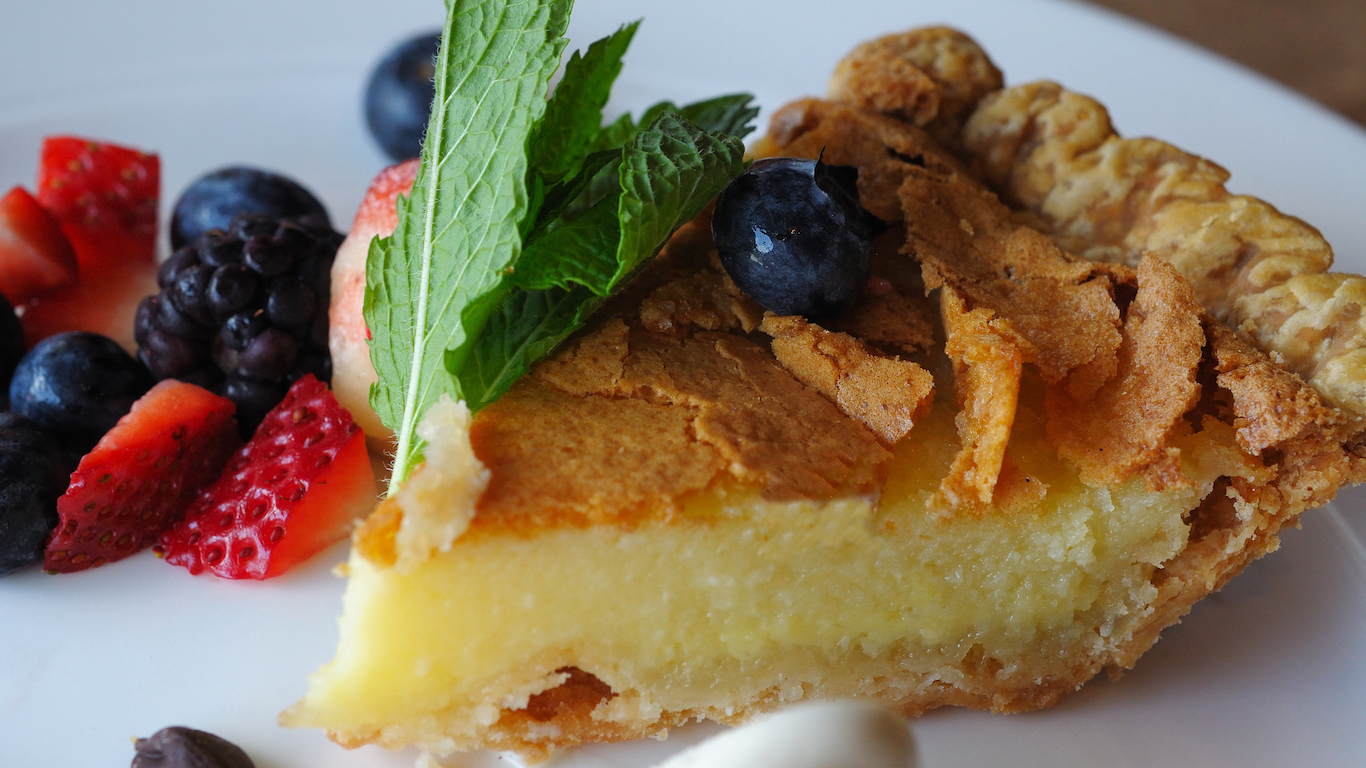 This custardy refrigerator pie, which dates back to the mid-18th century, has nothing to do with the game of chess. Its name might be a corruption of the term “cheese pie,” an old name for English lemon curd pie. (Another etymology suggests that when someone asked a plantation cook what kind of pie it was, she replied “jes’ pie,” and the answer was misheard.) In its simplest form, it’s made with nothing but flour, butter, sugar, and eggs. 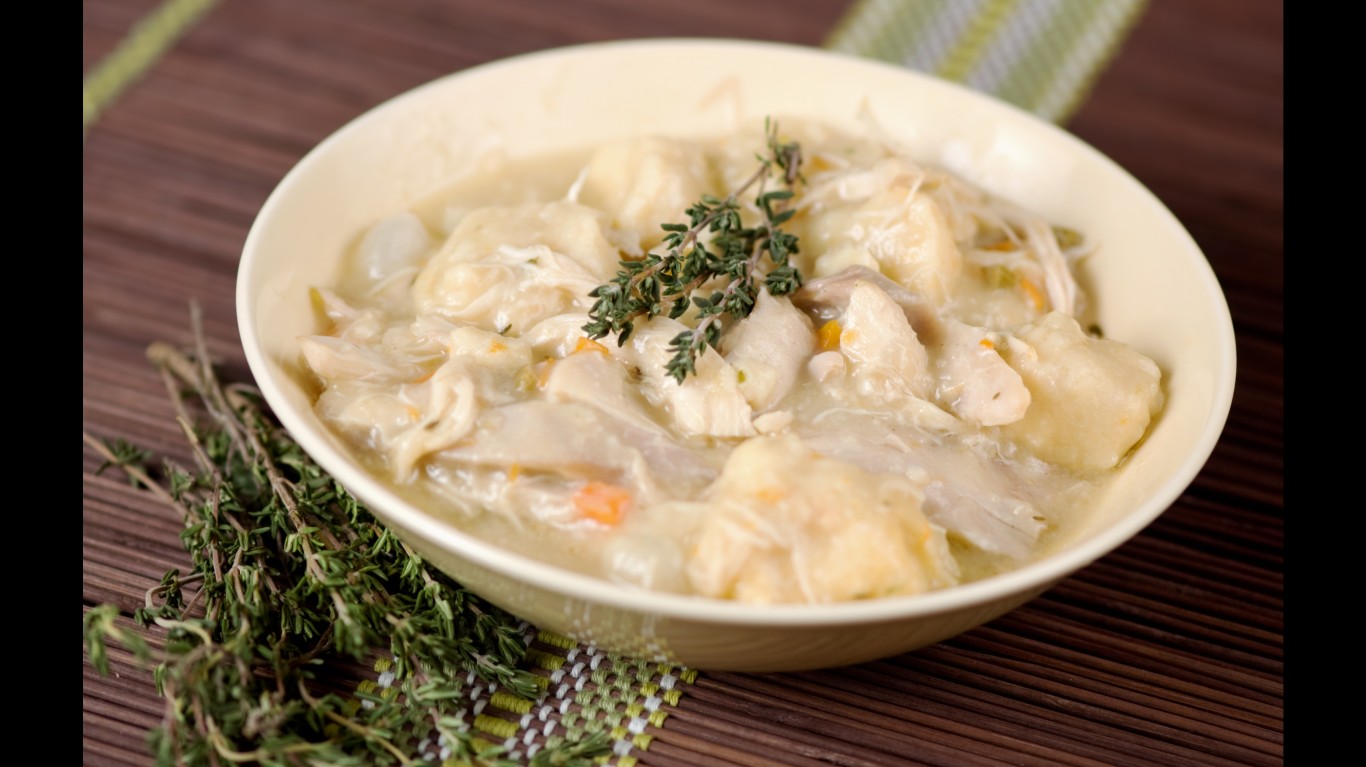 The story often told about this homey dish of shredded or cut-up chicken in a rich chicken broth with a few vegetables and plenty of biscuit-dough dumplings, is that it was born as an inexpensive stomach-filler during the Civil War, or possibly the Great Depression. In fact, a recipe for the dish appeared in Virginia as early as the 1830s. Ronni Lundy, author of “Victuals: An Appalachian Journey with Recipes,” described chicken and dumplings to Taste.com as “a great equalizer food,” enjoyed by Southerners from all walks of life. 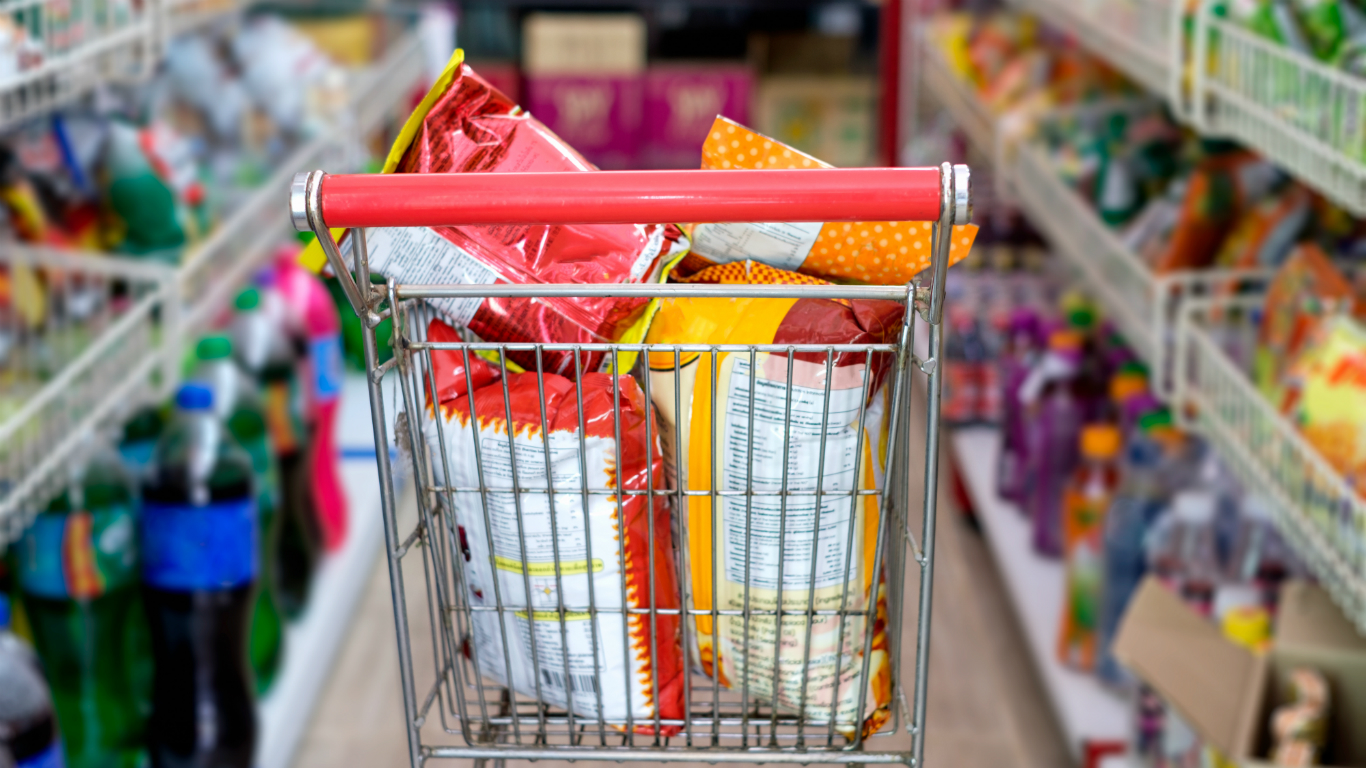 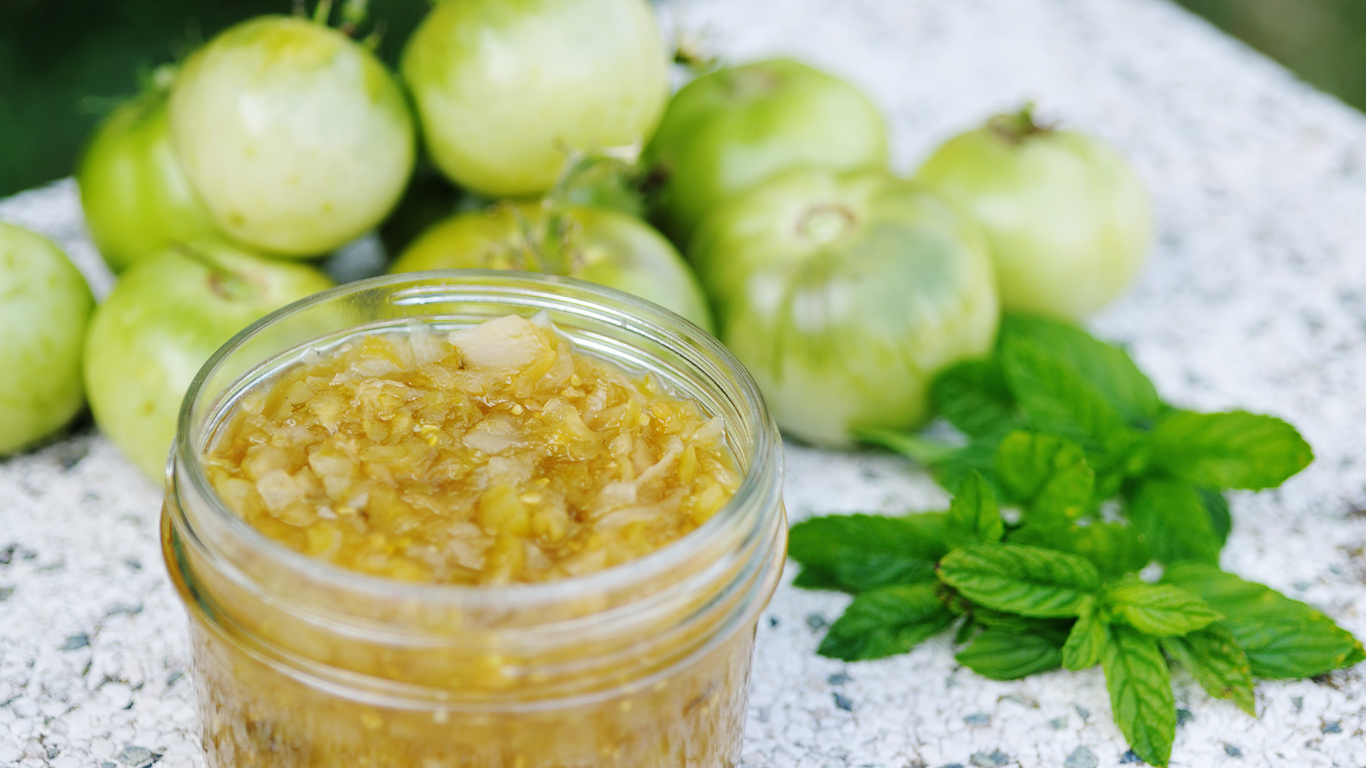 Chow chow is basically a pickled vegetable relish, probably originally made with autumn vegetables, like green tomatoes, cabbage, and maybe cauliflower and/or bell peppers, with vinegar, salt, and such spices as celery and/or mustard seed. A Northern version of the condiment tends to include more vegetables. A relish called piccalilli, eaten in both the northeastern U.S. and the U.K., is closely related. 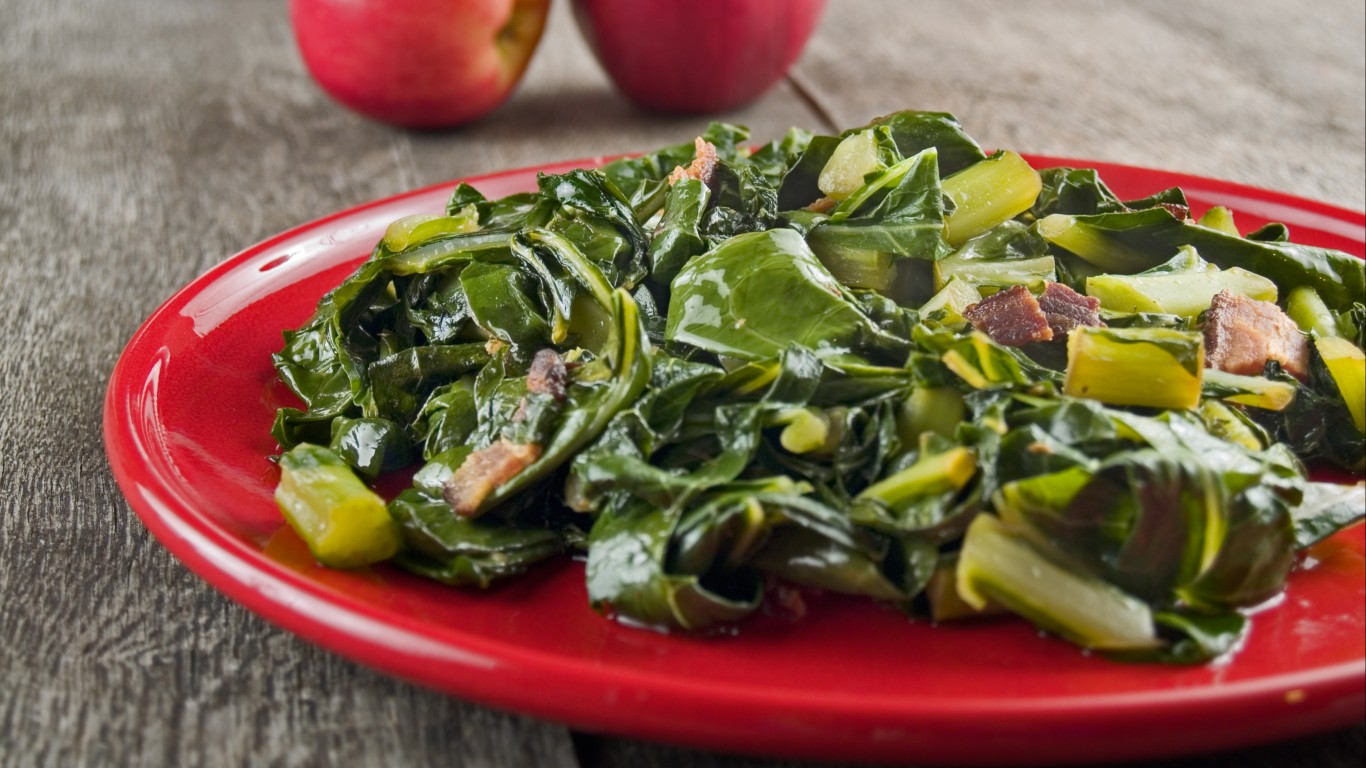 Collard greens are one of the oldest brassicas, the genus that includes kale, cabbage, Brussels sprouts, and broccoli. Bitter and earthy, and extremely nutritious, collards are of eastern Mediterranean origin, but the technique of boiling them in water and serving them along with the reduced cooking juices — called “pot likker” — is of African origin. The dish became a staple of so-called soul food, and is widely enjoyed across the South today. 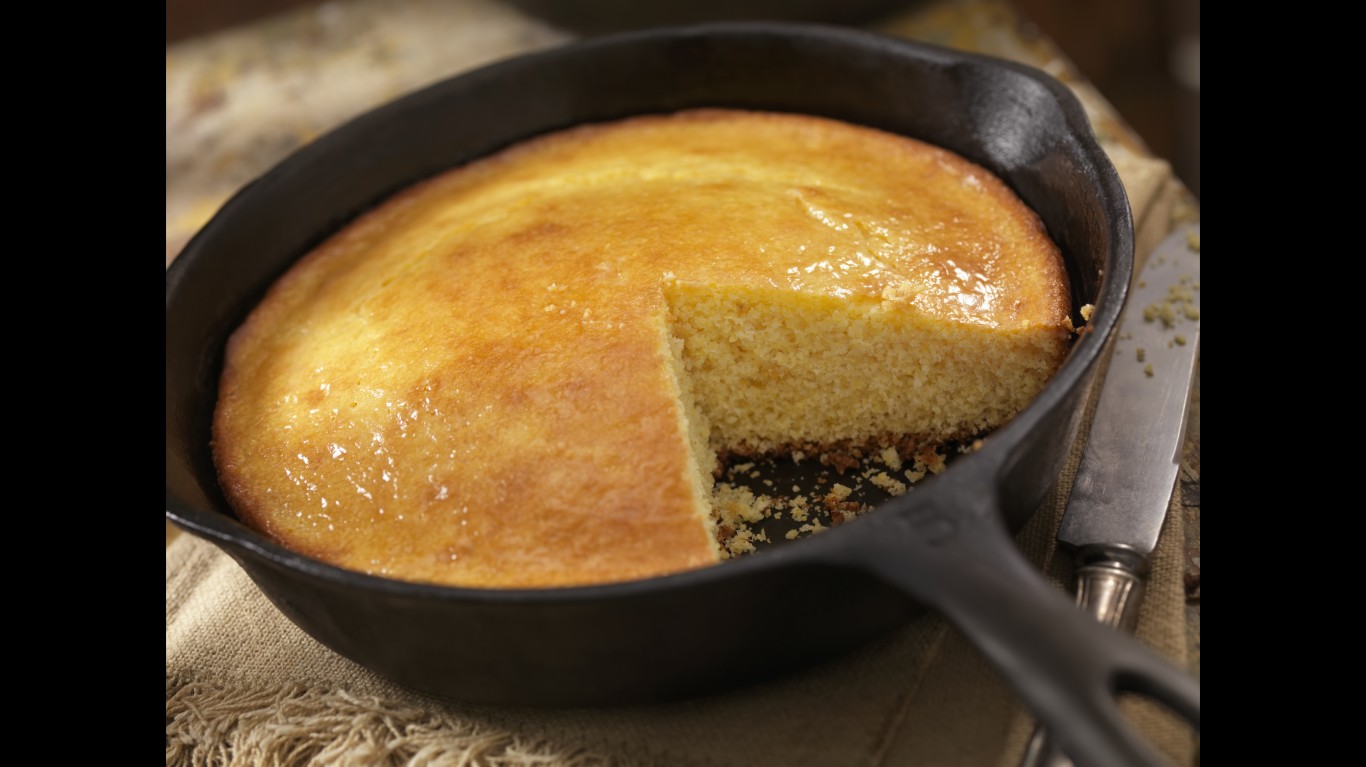 Cornbread, preferably made in a cast-iron skillet, is one of the staples of Southern cooking. In addition to cornmeal and salt, the recipe may include buttermilk, bacon drippings or lard, baking soda, and sometimes butter and/or white flour. Whether or not it should contain sugar is a matter of some disagreement, and it turns out that the distinction falls more or less along racial lines: black Southerners sweeten theirs, white Southerners mostly don’t. (The theory is that white cooks traditionally made theirs with more expensive sweet white cornmeal, while poorer black cooks used the cheaper yellow kind, which was less sweet and thus needed sugar.) Both kinds are delicious, and de rigueur for soaking up the aforementioned collard green pot likker. 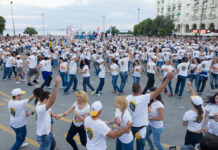