Humans have been fighting disease since long before our genus evolved into Homo sapiens. The most recent example is COVID-19. Though the latest variant of the virus that causes the disease is very contagious, its fatality rate is relatively low in comparison with pathogens. (Here’s how COVID fatalities compare with those of other diseases.)

Antibiotics, vaccines, and antiviral drugs have been effective in preventing infections from spreading widely. Smallpox, for example, has been eradicated. However, as humans and our immune systems evolve, so do deadly pathogens. Some, such as Ebola, have jumped from animals to humans in recent decades, causing large outbreaks.

To determine the deadliest pathogens on Earth, 24/7 Tempo ranked viruses, bacteria, amoebas, and other potentially lethal pathogens according to their fatality rates in humans using information from Live Science and CBS News. Diseases with causes that are yet to be determined were not considered.

The mortality rate for any disease varies depending on access to vaccines and medical help. Some of these pathogens on the list – such as MERS or tuberculosis – spread from person to person. Others come from infected substances – even water – or from animals or microscopic organisms. (These are the 20 worst epidemics and pandemics in history.) 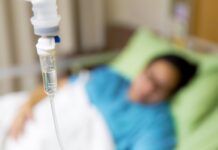