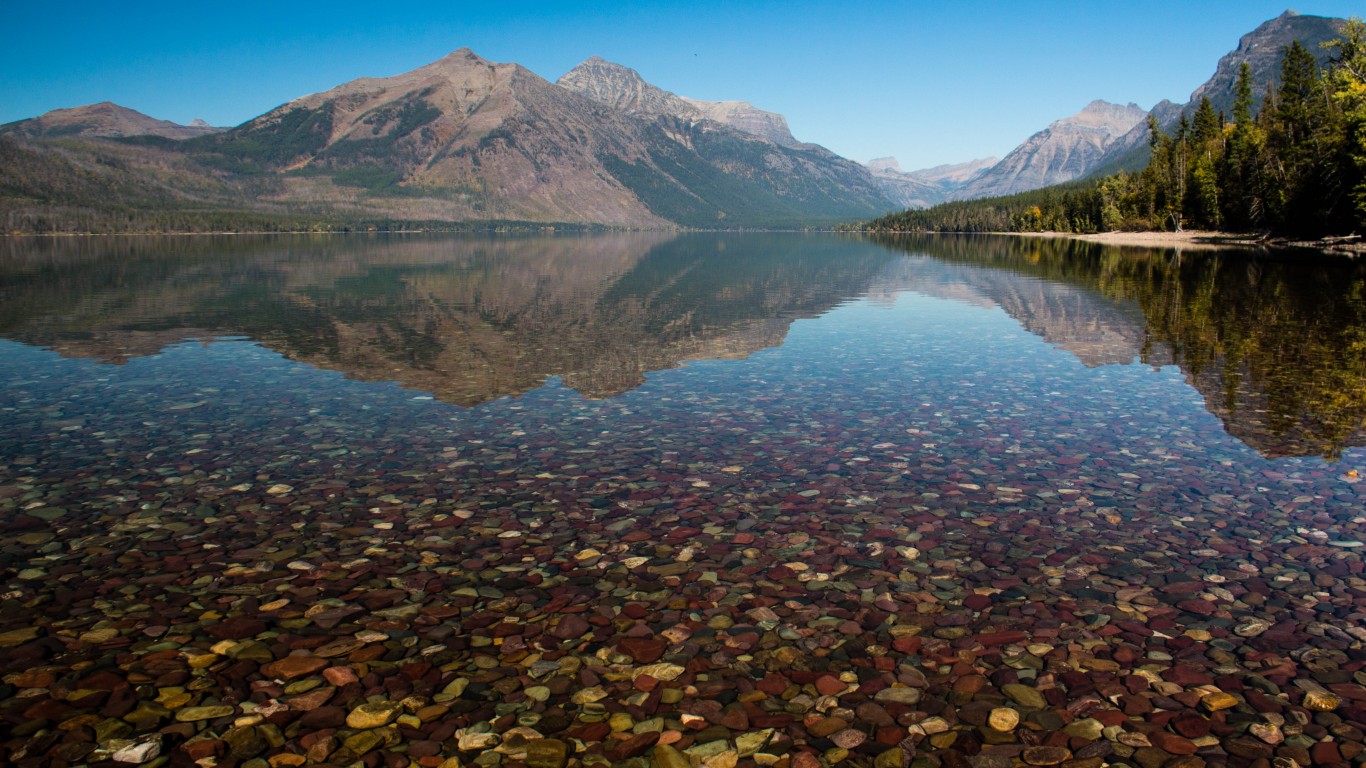 The largest, longest, and deepest lake in Glacier National Park, Lake McDonald features a spectacular array of colorful stones on its shores and beneath its waters. The rocks were formed in different eras then broken apart by glaciers and deposited in the lake over the years by rivers. 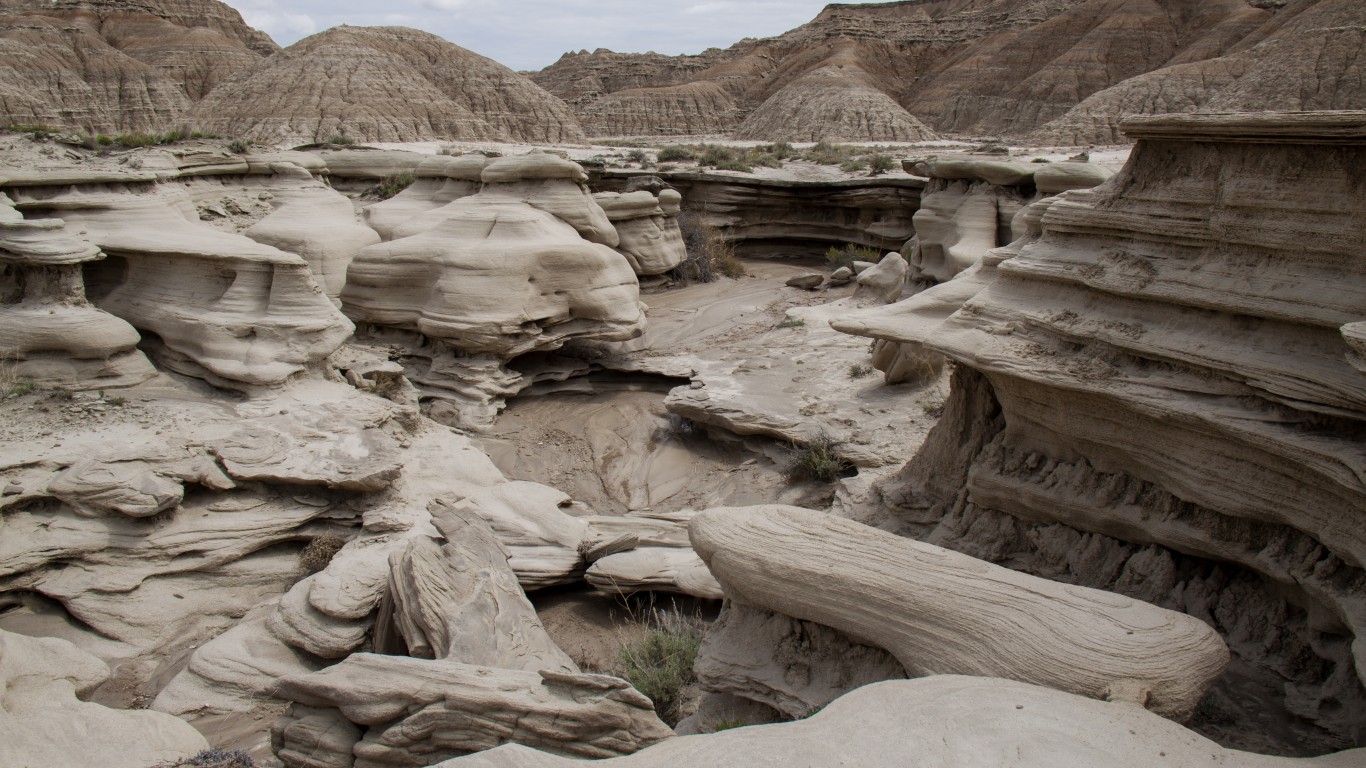 A surprising sight within the plains of Nebraska, Toadstool Geologic Park consists of oddly-shaped clay and sandstone formations within the bed of an ancient river that went dry about 26 million years ago. Fossils of sabre-tooth cats and prehistoric horses are visible among the eroded cliffs. 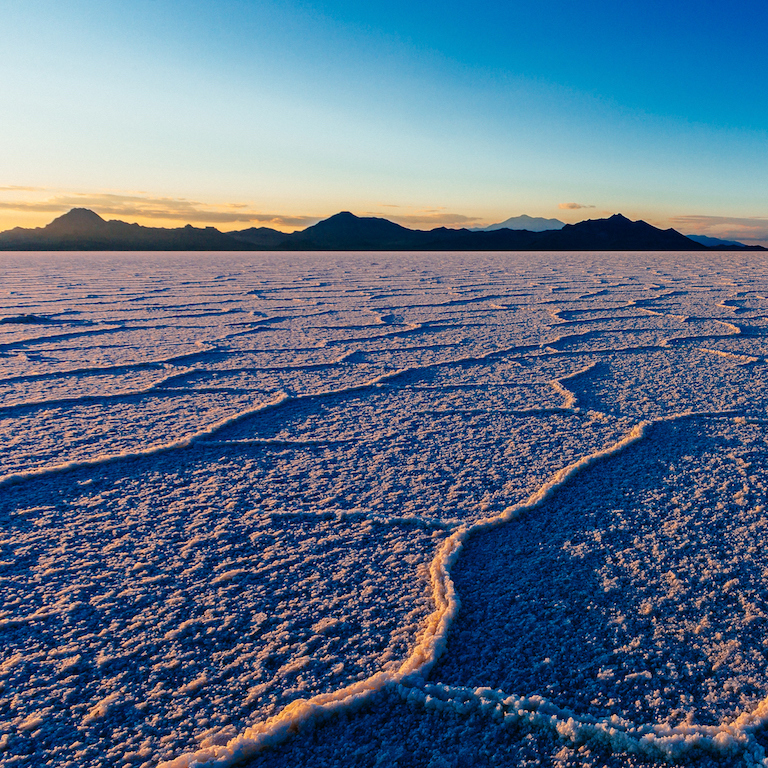 24/7 Tempo
The Middle of Nowhere in Every State 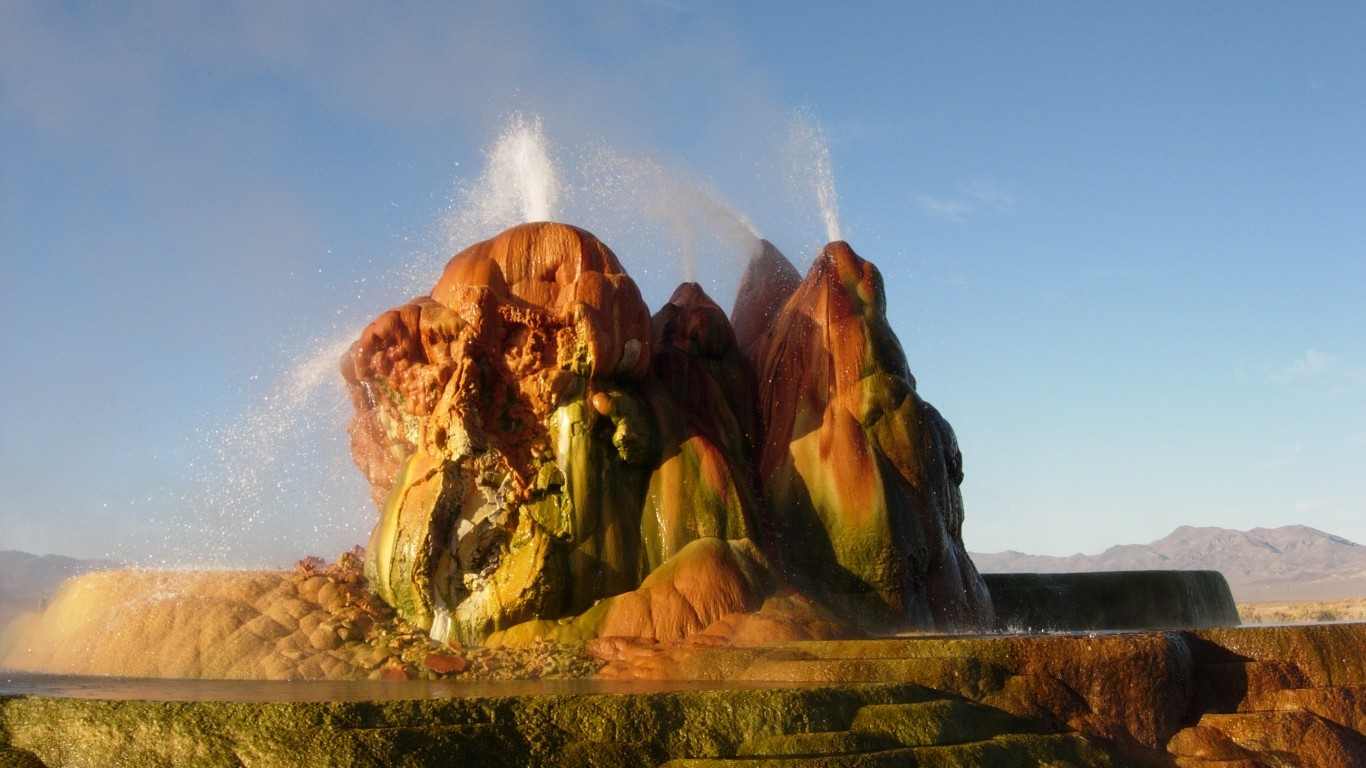 This geyser near Black Rock Desert was created in 1964 when a geothermal energy company drilled a well to the 200-degree underground spring. The formation around the multiple spouts has been growing ever since due to mineral deposits from the water, and is covered in colorful algae. 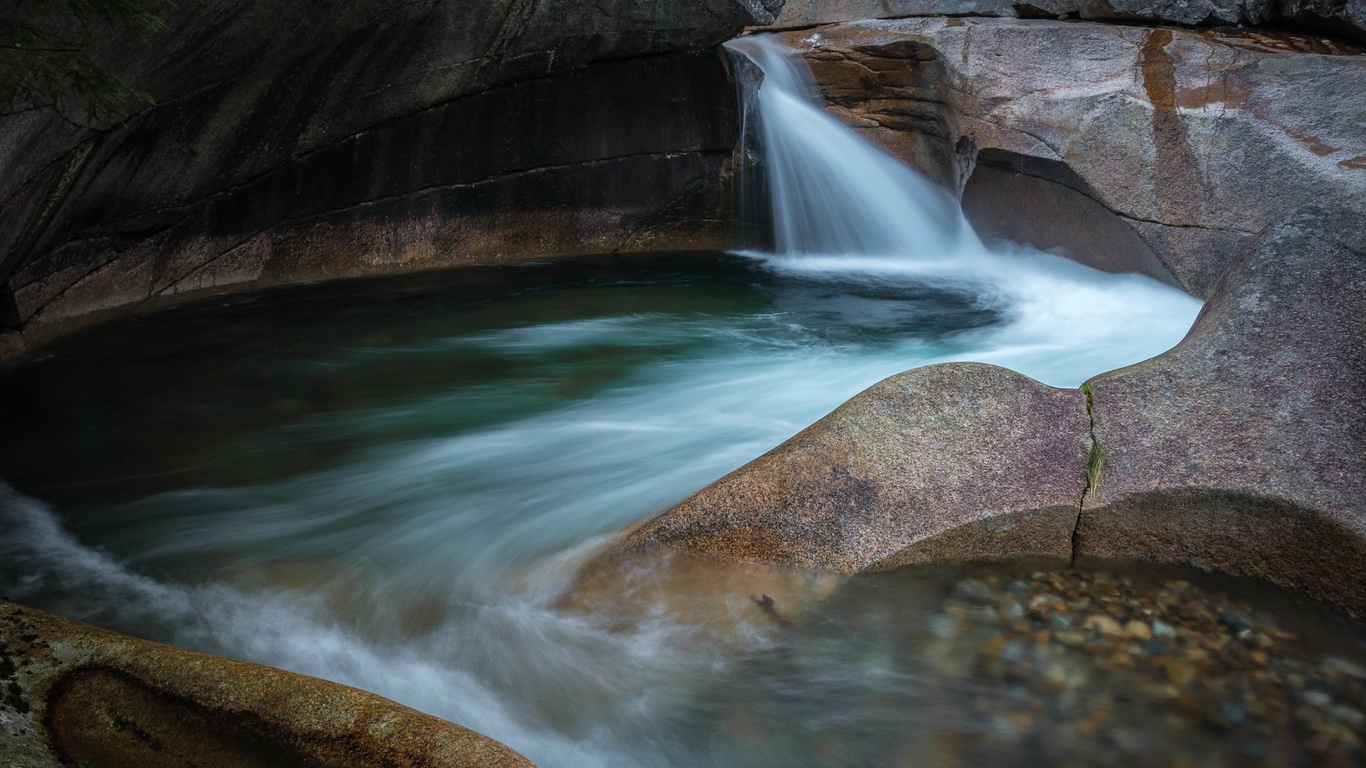 Located in Franconia Notch State Park, the Basin is a 15-foot-deep, 30-foot-wide bowl carved into granite by a rushing waterfall. Henry David Thoreau called the Basin “perhaps the most remarkable curiosity of its kind in New England.” 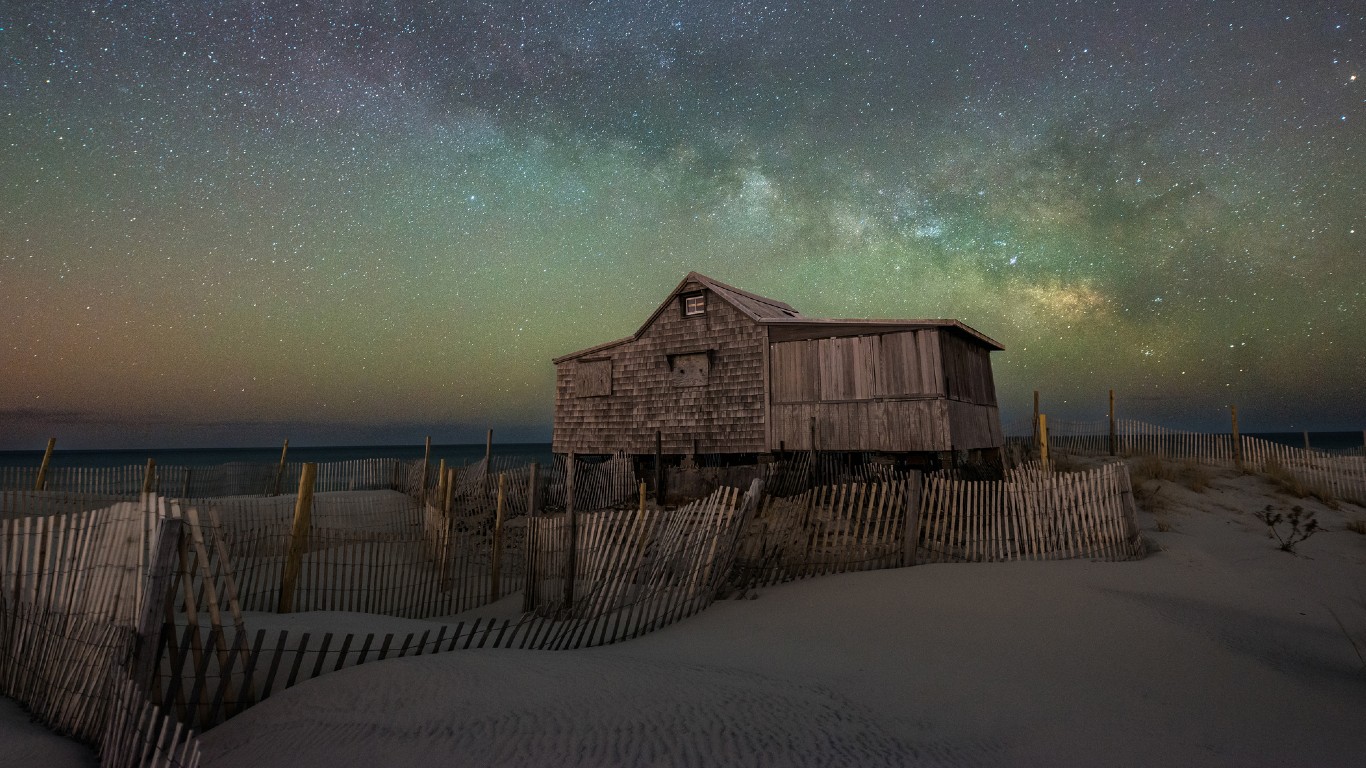 The narrow Island Beach State Park, located between the Atlantic Ocean and the Barnegat Bay, is about 10 miles long. The 3,000 acres of land, shaped by storms and tides over thousands of years, is almost the same as when it was first described by Henry Hudson, an English explorer, in 1609. 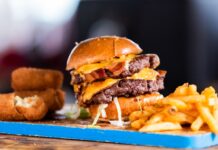 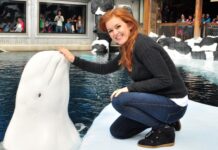