A number of trading card games have gained enough popularity to sustain competitive play, but few come close to the lasting success of the grandfather of them all, Magic: The Gathering. Originally released in 1993, the game now has over 30 million players in at least 70 countries. The 2019 Mythic Invitational, held in Boston, paid out a total prize pool of $1,000,000, including $250,000 to the winner, Italian Andrea Mengucci.

While it does not have the history of Magic: The Gathering, Hearthstone, a fully digital card game by the makers of Starcraft and World of Warcraft, has easily surpassed Magic in popularity, with over 100 million players worldwide as of the end of 2018. The Hearthstone World Championship pays out a prize pool of $1 million, including a top prize of $250,000. 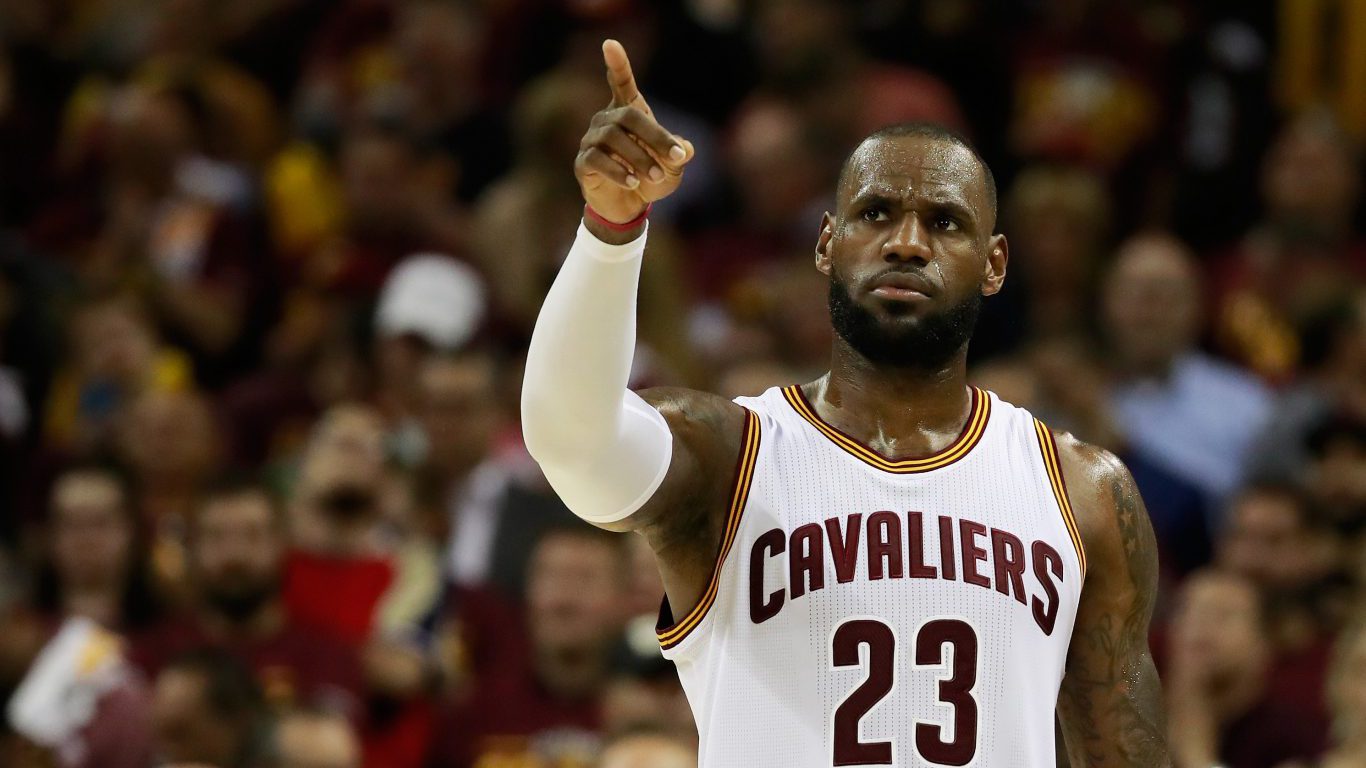 24/7 Tempo
Most Iconic Sports Moments of the Decade

FIFA offers lucrative prizes for the teams competing in the World Cup. The pool grew from $358 million in 2014 to $400 million in 2018. France’s national team took home $38 million for winning soccer’s ultimate prize. But it is up to each team’s national soccer organization to decide how much of the bonus should be paid to players and how much should go back into funding the team. In 2018, France gave its 23 players just under 25% of the winnings, which totaled roughly $330,000 per player.

While it remains a relatively minor sport in the United States, cricket is an extremely popular global sport, and is one of the most widely watched, if not the most watched, in a number of countries in Asia, Oceania, and Europe. England, the winners of the 2019 Cricket World Cup, took home a total of $4 million.

The Honor of Kings World Champion Cup is one of several eSports competitions to rank on this list. This year, a total of 60 players spread across 12 teams competed for a total prize pool of almost $2.2 million and a grand prize of $1.9 million. The championship was held in Shenzhen, China on Aug. 10.