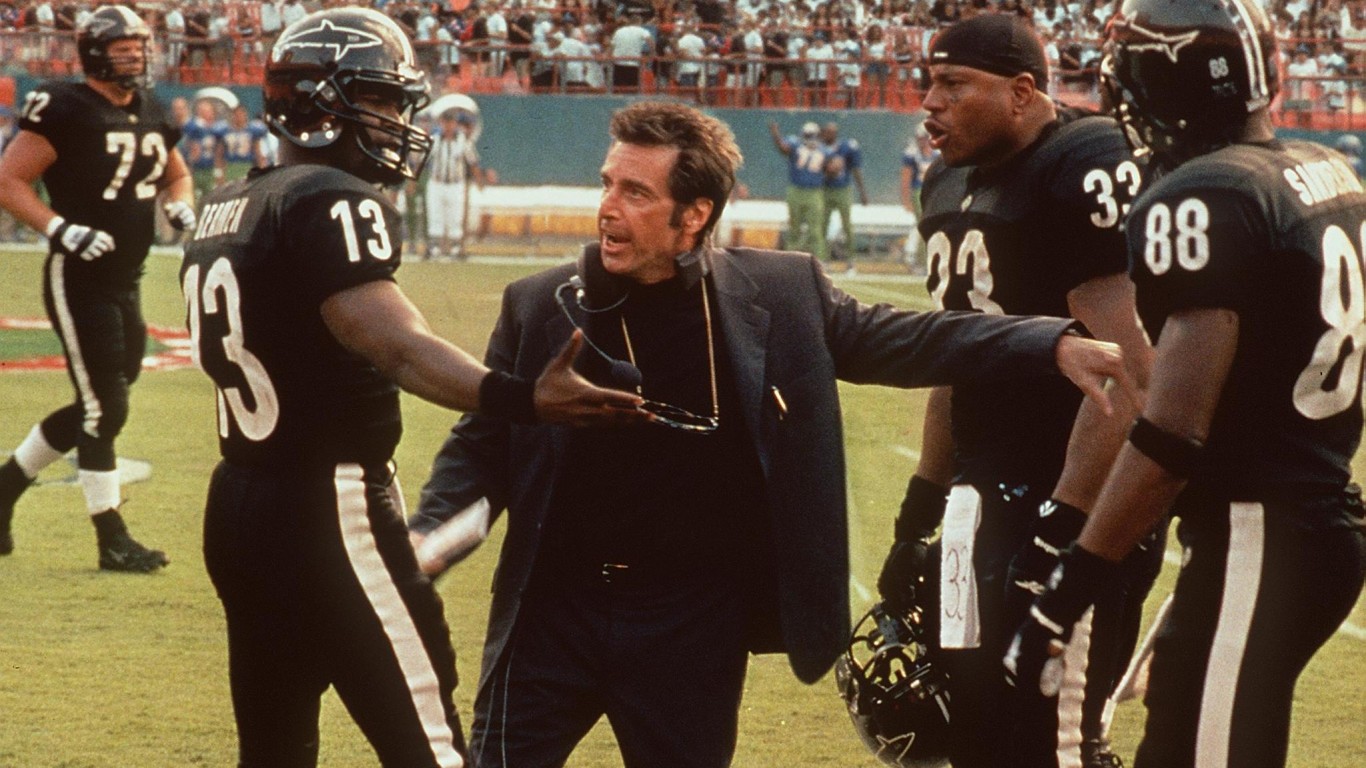 In this drama directed by Oliver Stone, Al Pacino plays Coach Tony D’Amato, whose job with the Miami Sharks is on the line after he falls into disfavor with team owner Christina Pagniacci, played by Cameron Diaz. The movie has plenty of cameo appearances from sports figures, including Dick Butkus, Y.A. Tittle, Pat Toomay, Warren Moon, Johnny Unitas, Emmitt Smith and Terrell Owens. 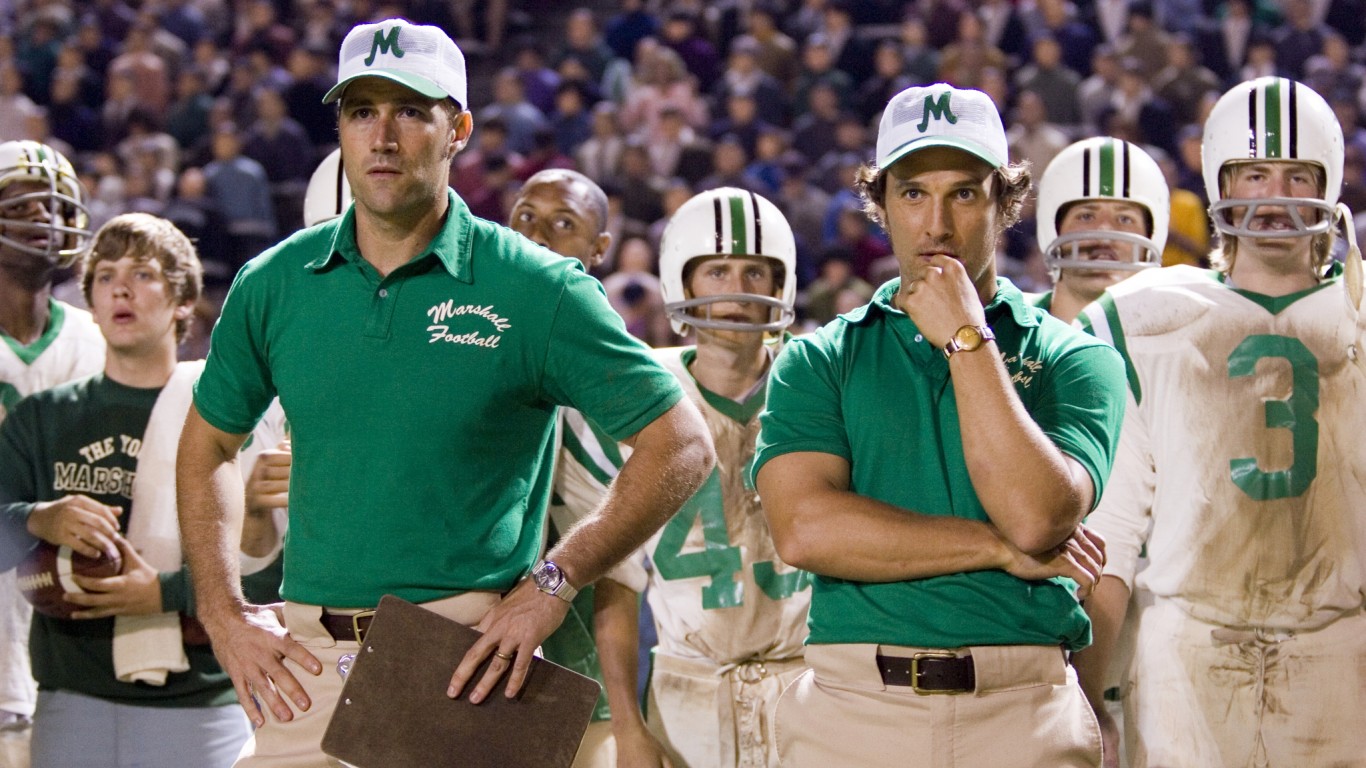 Based on a true story, this movie has Matthew McConaughey playing Jack Lengyel, who becomes takes on the daunting task of coaching the Marshall University football team after a plane crash kills 37 players, the head coach and five assistant coaches.

ALSO READ: 20 Sports Most Americans Have Never Heard Of 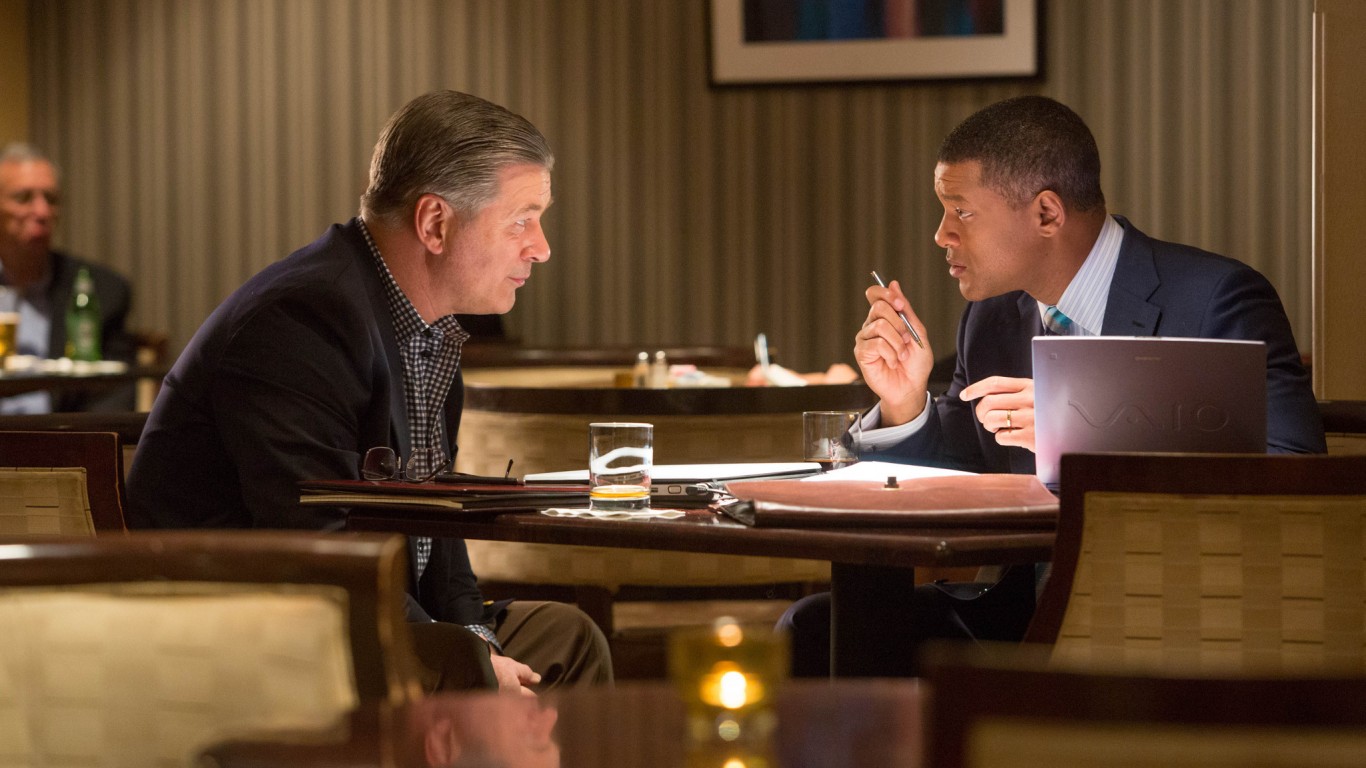 Based on an article published in GQ magazine, this movie stars Will Smith as Dr. Bennet Omalu, a forensic pathologist. The NFL tries to suppress his research on chronic traumatic encephalopathy (CTE) brain degeneration suffered by professional football players. 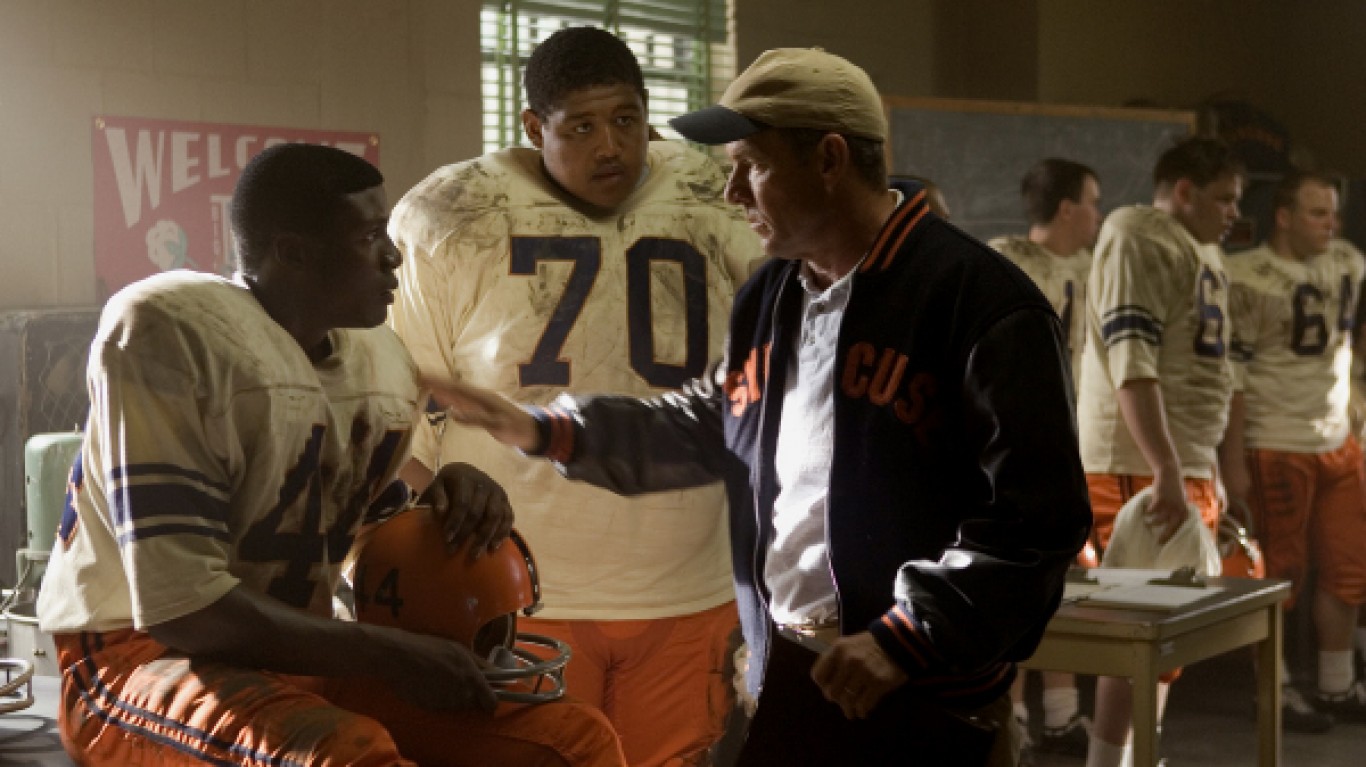 Based on the life of the first African American to win the Heisman Trophy, this film tells the story of Syracuse University Running back Ernie Davis (played by Rob Brown). Davis encountered many challenges on his way to winning the Heisman and afterward. The movie marks the film debut of Chadwick Boseman, who plays Floyd Little. 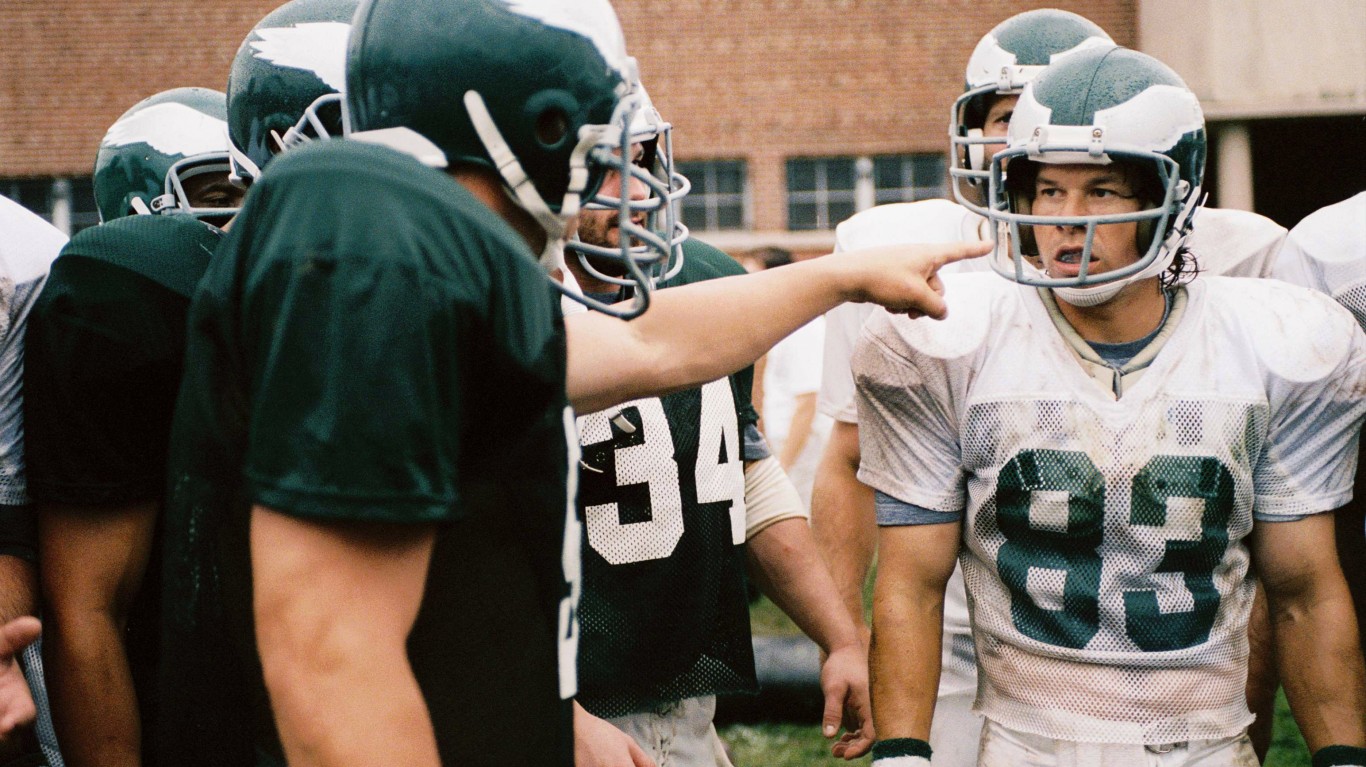 In this movie based on a true story, Mark Wahlberg portrays Vince Papale, a 30-year-old part-time bartender who lands a tryout with the Philadelphia Eagles and becomes the oldest rookie in the NFL. Papale played three seasons as a wide receiver under head coach Dick Vermeil, played by Greg Kinnear.