24/7 Tempo reviewed the percentage of men and women over 18 who reported heavy or binge drinking in each state’s metro areas. Only one metro area was considered in Delaware, New Hampshire, Rhode Island, and Vermont.

Car accidents caused by alcohol-impaired people account for about 30% of all driving deaths in the United States.

Regular and excessive consumption of alcohol can result in chronic conditions and other long-term health problems, such as high blood pressure, heart disease, stroke, liver disease, and certain cancers. About half of alcohol-related deaths nationwide are due to liver disease or overdoses involving alcohol or alcohol combined with other drugs.

The percentage of Americans who drink liquor, wine, or beer occasionally has increased from 60% in 2014 to 65% in 2019, according to a Gallup poll from last year. America’s growing drinking population is reflected in consumer spending habits in some big cities — here is how much people spend on alcohol in 22 major American cities.

On average, 19% of adult Americans report binge or heavy drinking, but the rates vary greatly from city to city and between states. For example, in Madison, Wisconsin, almost 28% of adults drink excessively, the highest share among all 383 U.S. metropolitan areas. In Provo-Orem, Utah, however, the rate is closer to 8%, the lowest among the nation’s metro areas. 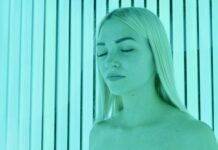