Did you know that ramen gained its popularity after World War II? Although the dish had originated in China in the late 1800s, and soon after been introduced to Japan, it was after the end of the Second World War that — through a surplus of cheap wheat, provided by the U.S. — Japanese cooks began to produce wildly popular varieties of the noodle dish. (While ramen is a Japanese iconic food, check out America’s most iconic dishes).

From there, it’s swept across the world and has become a popular dish all over, including in the United States. Every state in the country has a place to get freshly made ramen noodles, as well as places to purchase more mass-produced brands such as Cup Noodles, Maruchan, Top Ramen, and more.

But there is something special about freshly made ramen noodles, with steaming broth and the added garnish of a boiled egg and chopped chives. With added protein options like chicken or pork, and some restaurants having added options of spice, garlic, and more, there are a variety of ramen spots in the U.S. alone, all of which have their own merit.

To identify the best ramen spot in every state, 24/7 Tempo compared reviews and ratings appearing on a wide range of websites, including Insider, Cheapism, Eat This Not That, Mental Floss, Yelp, Foursquare, Mashed, Thrillist, USA Today, as well as numerous state and regional listings. 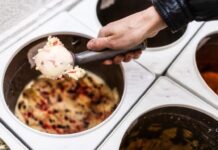 Best Ice Cream Parlor in Every State, According to Yelp 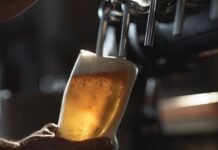 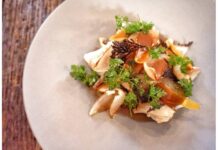