The idea that hours can be happy goes back centuries: Medieval sundials were often inscribed with the motto “Horas non numero nisi serenas” — I only count the happy hours.

As for the kind of happy hours we like to count today — the periods when bars and restaurants offer discounted drinks and food — that idea has a far more recent origin, and an unexpected one at that.

The first “happy hour” described as such was a weekly opportunity for sailors in the U.S. Navy to relax and let off steam during the calmer moments of World War I. There may have been alcohol involved at first, but the Navy soon issued an order banning drinking on shipboard.

Instead, these happy hours would have involved music, maybe a movie screening, maybe a boxing match. (These days, what people watch during happy hour would more likely be college or pro team sports, for instance at the best bar to watch football in every state.)

Some sources link happy hour to pre-dinner drinking during Prohibition (if you weren’t allowed to drink in restaurants, maybe you’d get loaded ahead of time — like dissolute teenagers knocking back a few stiff ones before the prom), but there’s no evidence that speakeasies gave discounts or offered half-price nachos.

24/7 Tempo has researched happy hours in the 42 states that permit them, with or without restrictions, to come up with a list of the best happy hour spots in (almost) every state. 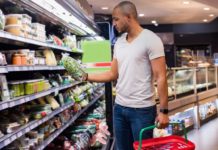