SEATTLE, WA – FEBRUARY 2: Seattle Seahawks fan Kyle Vermeulen cheers while watching his team play the Denver Broncos in the Super Bowl at 95 Slide, a sports bar in Seattle, Washington, on February 2, 2014. Bars were crowded in Seattle as fans rooted for their team to win its first Super Bowl. (Photo by David Ryder/Getty Images)

It’s the early days of football season (and of the hundredth season of the NFL), and in all 32 pro football cities and almost every college town in America, fans are filling stadiums or — in far greater numbers — sports bars and similar establishments.

Watching a game live is an unforgettable experience, but there’s also something special about kicking back with friends or friendly strangers, having a few beers, eating food that’s not on your usual diet (and maybe that you don’t need knives and forks for), and sinking into the action — usually, thanks to modern technology, at a much closer distance than you’d ever obtain in a stadium.

These are the best bars for watching football in every state

What makes a great sports bar? Lots of high-definition TVs, to begin with, with good lines of sight from anywhere in the place and an excellent sound system. Oversized projection screens are a great addition, too, bringing you the players in larger-than-life reality. Subscriptions to the top sports channels — like NFL Sunday Ticket and the networks of regional college conferences — are a given. Comfortable seating is another important factor, since you’re going to be committing hours of your time to watching the game.

And nothing goes better with wings, or with football, than beer. Any top sports bar will have a good selection of brewskies, on tap and in bottles and cans. These should include everything from Bud Light to the local craft IPAs that might well be among America’s most delicious beers.

Collections of sports memorabilia are a nice touch and help set the scene, but they’re not essential to a sports bar’s success. Sometimes just being around a long time and establishing a reputation as a good place to relax and watch a game is enough — which is the case with at least some of the oldest bars in every state.

Football fans are particularly passionate about their teams, so one thing that’s important to consider when choosing a place to watch the game is what kind of fans you’re likely to find there. That’s not to say that an Aggie can’t enjoy a game at a Longhorn watering hole or that you shouldn’t wear a Packers jersey into just any old bar in Chicago, but the best bar for watching football is probably one where you can just gnaw those wings and quaff that brew and watch that game without getting into any trouble.

To determine the best bars for watching football in every state, 24/7 Tempo consulted ratings and reviews of sports bars in general and football bars in particular around the country on Yelp, as well as roundups of such places, ranked and otherwise, on about 20 websites, including those of Sports Illustrated, Bleacher Report, Eater, Delish, Gayot, The Daily Meal, Business Insider, Thrillist, Men’s Health, and Trip Savvy, as well as numerous regional sites. Most quotes were taken from reviews by Yelp users. 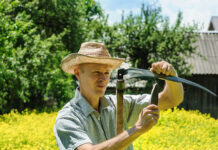