Because of the nature of the grocery business, independent operations are far outnumbered by units of major chains — whether they’re regional powerhouses, like H-E-B in Texas or Wegman’s in the Northeast, or national operations doing business under multiple brand names (for instance, Kroger or Albertsons). The chains have the buying power, the advertising and promotional resources, and the sheer scale to compete most efficiently in the field. (The median size of supermarkets in the U.S. is 41,561 square feet — almost an acre.)

It might surprise some to learn, however, that some of the biggest purveyors of food, whether packaged or fresh, aren’t supermarkets at all. Walmart leads the pack by far, with sales more than three times those of the highest ranked conventional grocery chain (Kroger). Costco and Target are major players in the food business, too, as are dollar stores and drugstore chains like CVS and Walgreens. These are the U.S. counties with the most pharmacies per capita.

To identify the chains in all these categories with the most robust sales of consumable goods in the United States and Canada, 24/7 Tempo consulted “Top 50 Food and Grocery Retailers by Sales,” just released by the respected food industry publication Supermarket News (SN). The report was compiled by SN in collaboration with IGD, a leading food and consumer goods industry consulting firm based in the UK. These are considered the best supermarkets in America.

Sales figures don’t include the projected results of any pending mergers or acquisitions. Companies don’t always break out food sales from sales of pharmacy items and other items, so this list reflects the most successful retailers who sell food and grocery products, not necessarily those who have the highest sales of such items. 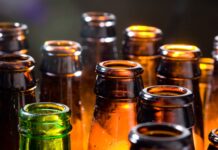 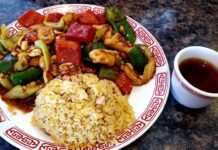