The enduring popularity of wings — fried and otherwise — was also notable, with some places serving almost nothing but them and boneless chicken tenders (that is, pieces of white meat).

Whatever the style and whatever the part of the bird, however, if it’s skillfully prepared, fried chicken is simply one of the best dishes in the world — and these 35 establishments, many of them very modest, do it better than anyone.

To determine America’s best fried chicken places, 24/7 Tempo considered only establishments listed on Yelp that noted chicken as one of their specialties. We regarded only places located in or near one of America’s 1,000 largest cities by population, and only those with an average rating of at least four out of five stars based on 100 or more ratings on Yelp. We eliminated those establishments serving only grilled or roasted chicken, as well as those at which fried chicken was only a minor part of the menu. We included counter-service restaurants and chain operations, but only listed the highest-rated example of each chain, so that no chain appears more than once. 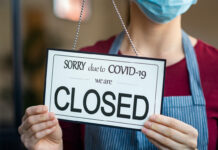