The United States has had a former actor, Ronald Reagan, and a former reality TV host, Donald Trump, as president. A lot of great actors have also played fictional presidents in films and on TV. In fact, some of the biggest stars of all time have done so, ranging from Henry Fonda to Jack Nicholson to Harrison Ford.

To determine the 35 best fictional presidents from movies and TV, 24/7 Tempo consulted a wide range of film and television sites, including IMDb, an online movie and TV database owned by Amazon, using a combination of review comments and editorial discretion to assemble our list. Cast information and plot summaries come from IMDb.

The earliest films cited are from the 1960s and reflect the concerns of the time. “Dr. Strangelove” is a black comedy film that satirizes Cold War fears of a nuclear conflict between the U.S. and the Soviet Union. In “Fail Safe,” which is not a comedy, the president has to try to prevent a nuclear war after U.S. bombers are sent in error to destroy Moscow. (Here are more of the best movies of the ‘60s.)

Some of the more recent films and TV shows depict presidents dealing with terrorism. In “White House Down,” the president’s home is targeted. In “Designated Survivor,” the government is wiped out in a terrorist attack and a low-level cabinet member becomes president. 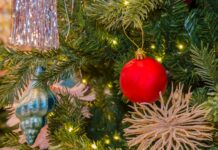