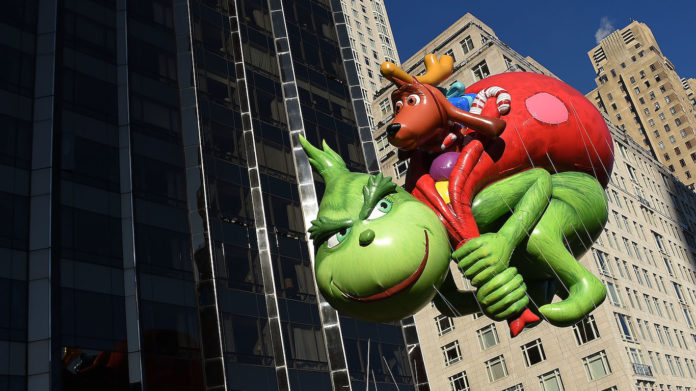 The 93rd edition of the Macy’s Thanksgiving Day Parade in New York City will step off at 9 a.m. on Nov. 28, Thanksgiving morning. It is a New York institution watched by millions in person and millions more on television. The parade marks the traditional start to the holiday season and features floats, marching bands, appearances by musical performers, astronauts, beauty pageant winners, and the arrival of Santa Claus.

What sets the event apart are the massive balloons that float down the parade route, which originates at 77th Street, marches south, and ends in front of the venerable Macy’s store at Herald Square on 34th Street. The parade precedes another New York holiday tradition, the lighting of the Christmas tree at Rockefeller Center. That tree is one of the largest on public display in the country. These are the tallest Christmas tree in each state.

This year’s parade features new versions of beloved characters. Snoopy will be depicted as an astronaut to honor the 50th anniversary of the moon landing. Dr. Seuss’s Green Eggs and Ham is represented, as is cable cartoon icon SpongeBob SquarePants and his pet snail Gary. The parade is also celebrating Smokey Bear’s 75th birthday. Some of the balloon characters returning to the parade include Sinclair Oil Corporation’s mascot Dino the dinosaur; Pokémon game mascot Pikachu; and the character Olaf from Disney’s animated film “Frozen.” Here are the best Disney movies of all time.