Source: Photo by Kim B. via Yelp

Part of the lively Asheville food scene, the Chocolate Fetish is famous for its truffles, but has also won praise for its Crunch Bars, chocolate rounds, and nut-filled frogs. Owners Sue and Bill Foley (she’s the chocolatier) also produce all-chocolate high heel shoes in what they call contemporary patterns.

Source: Courtesy of The Chocolate House

Previously known as Biagio Fine Chocolate and then Cocova, this Dupont Circle chocolate shop carries more than 300 bars and other chocolate confections from around the world. This includes truffle assortments; bars from Venezuela, Haiti, Spain, Vietnam, and elsewhere; and chocolate gift baskets. 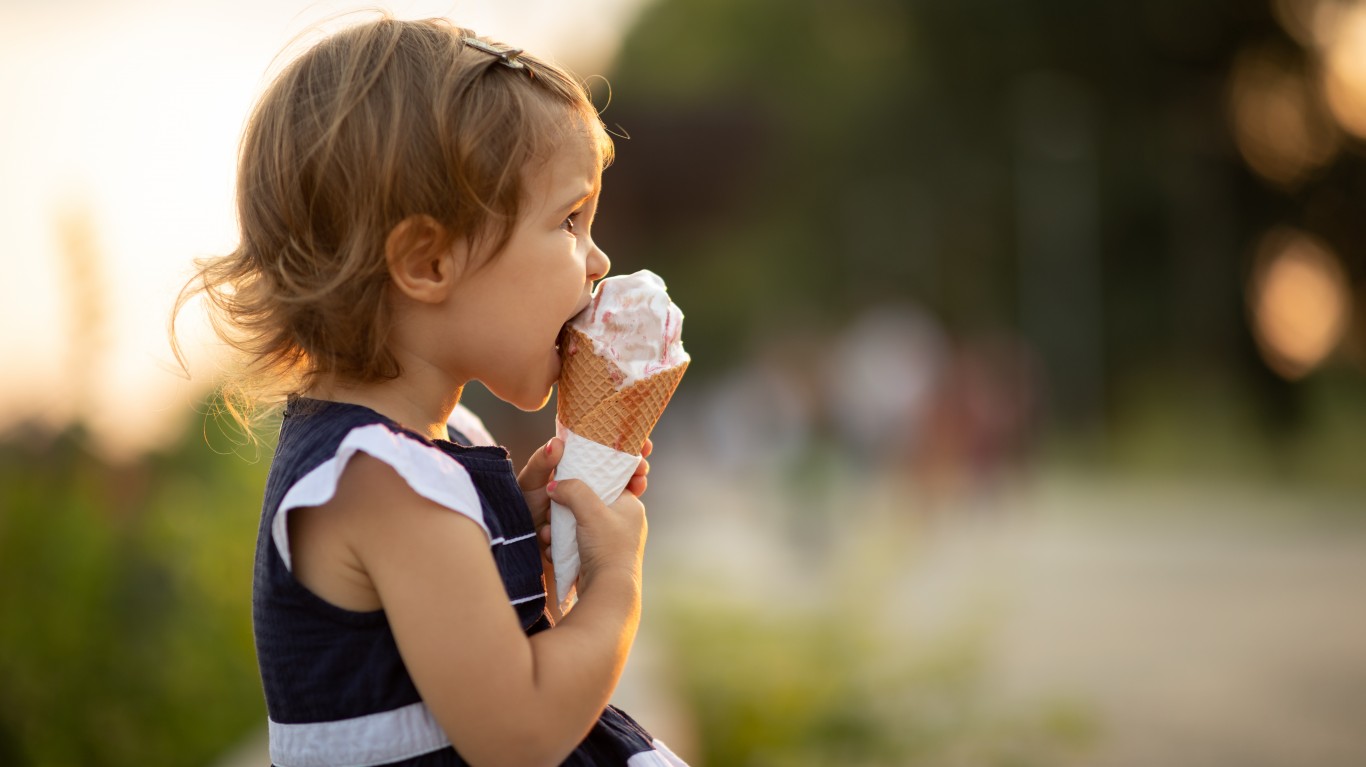 24/7 Tempo
The Best Ice Cream Parlor in Every State

This Brentwood chocolate factory and shop (there are other locations in Hollywood and Century City) first opened in 1950, and claims Marilyn Monroe, Frank Sinatra, and Elvis Presley as early customers. Gwyneth Paltrow, Chrissy Teigen, and Drew Barrymore are said to be among today’s fans of “the nation’s hippest and most trendsetting chocolate shop” (as it describes itself). Truffles, chocolate-dipped fruits, and California-themed pretzel and popcorn milk bars are among the specialties — and, this being L.A., there is of course a line of vegan, organic, paleo, gluten-free, soy-free “superfood wellness chocolates,” too.

Stone-ground chocolate inspired by a trip to Oaxaca is the focus at this chocolate factory and store where all the cacao is ethically sourced directly from farmers. The collection includes an array of bars, flavored and otherwise; a selection of chocolate bark made with quinoa and toppings like almonds or toasted pumpkin seeds; Mexican-style chocolate discs; and chocolate-covered nuts and espresso beans.