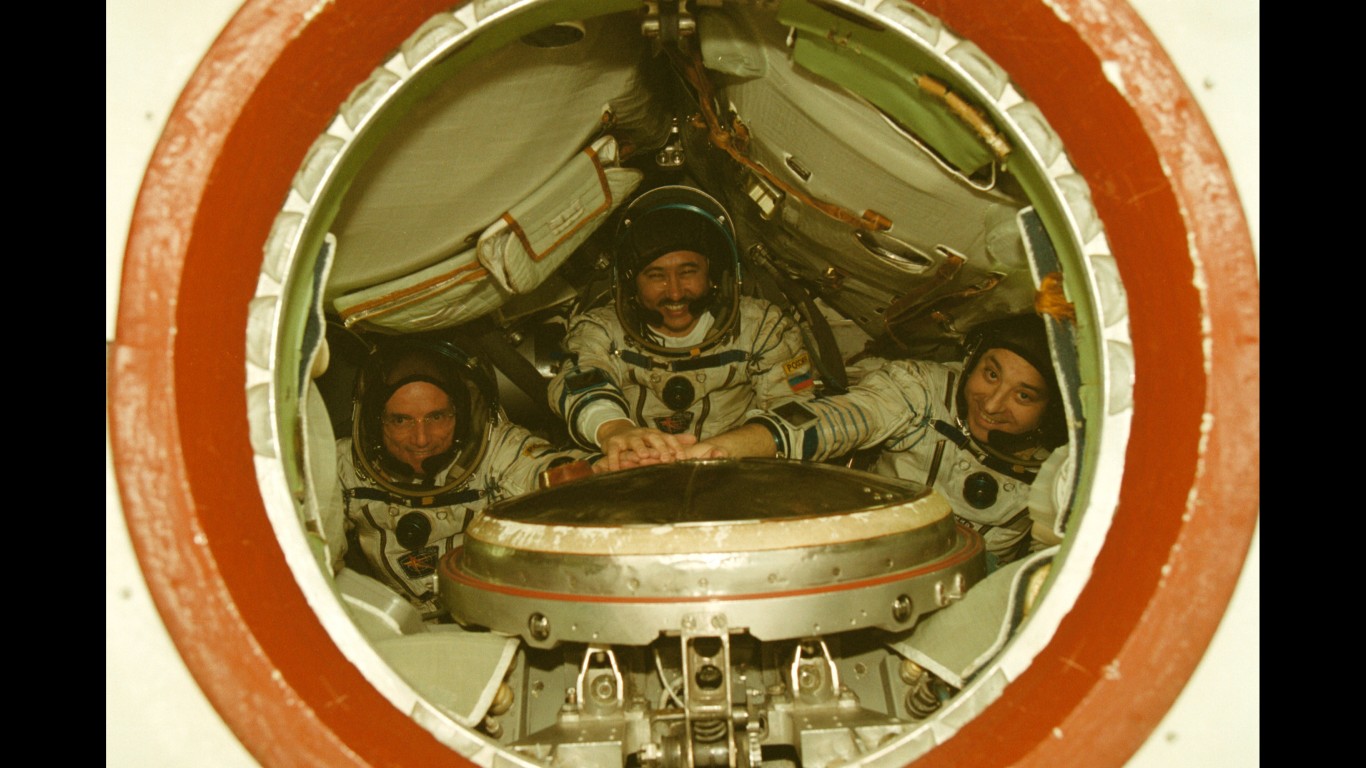 Paying $20 million and without the support of most of the international space community, American businessman Dennis Tito became the first space tourist in April 2001 aboard a Russian Soyuz spacecraft. NASA opposed his trip to the International Space Station, worried about his lack of training — not the idea of space tourism — and possibly his age — Tito was 60. “…I could see the blackness of space, I could see Earth, and the curvature of Earth, and the sight of Earth from space was just spectacular. I cannot ever duplicate that euphoric feeling that I had at that moment,” he later said of the experience. Since Tito’s flight, six other space tourists have followed, with at least two more planned for the future and more companies offering options for the trip.