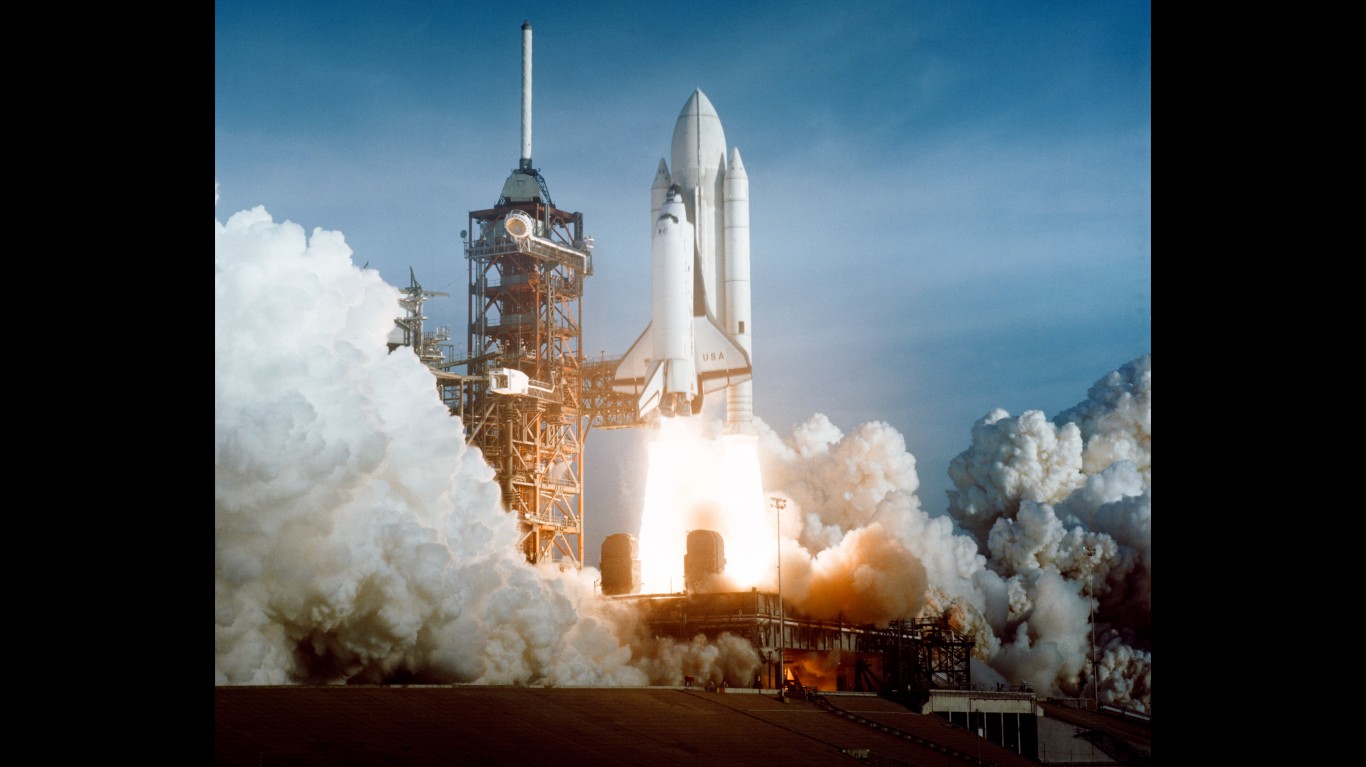 The first reusable spacecraft, the space shuttle was designed to be more like an airplane, with an aerodynamic wing shape that could touch down on a runway. It also had the advantage of being able to circle Earth at about 17,500 miles an hour. The space shuttle program launched on April 12, 1981, with the spacecraft, named Columbia, returning two days later, and continued with the shuttles Challenger, Discovery, Atlantis and Endeavour. The program inspired a whole new generation of space travel, and included the first American female astronaut and construction of the International Space Station. But it wasn’t without its challenges: the crews were lost in the 1986 Challenger and 2003 Columbia disasters. The program was able to bounce back each time, with Atlantis concluding the final space shuttle mission on July 21, 2011. The three remaining shuttles and the prototype, Enterprise, are now housed in museums. 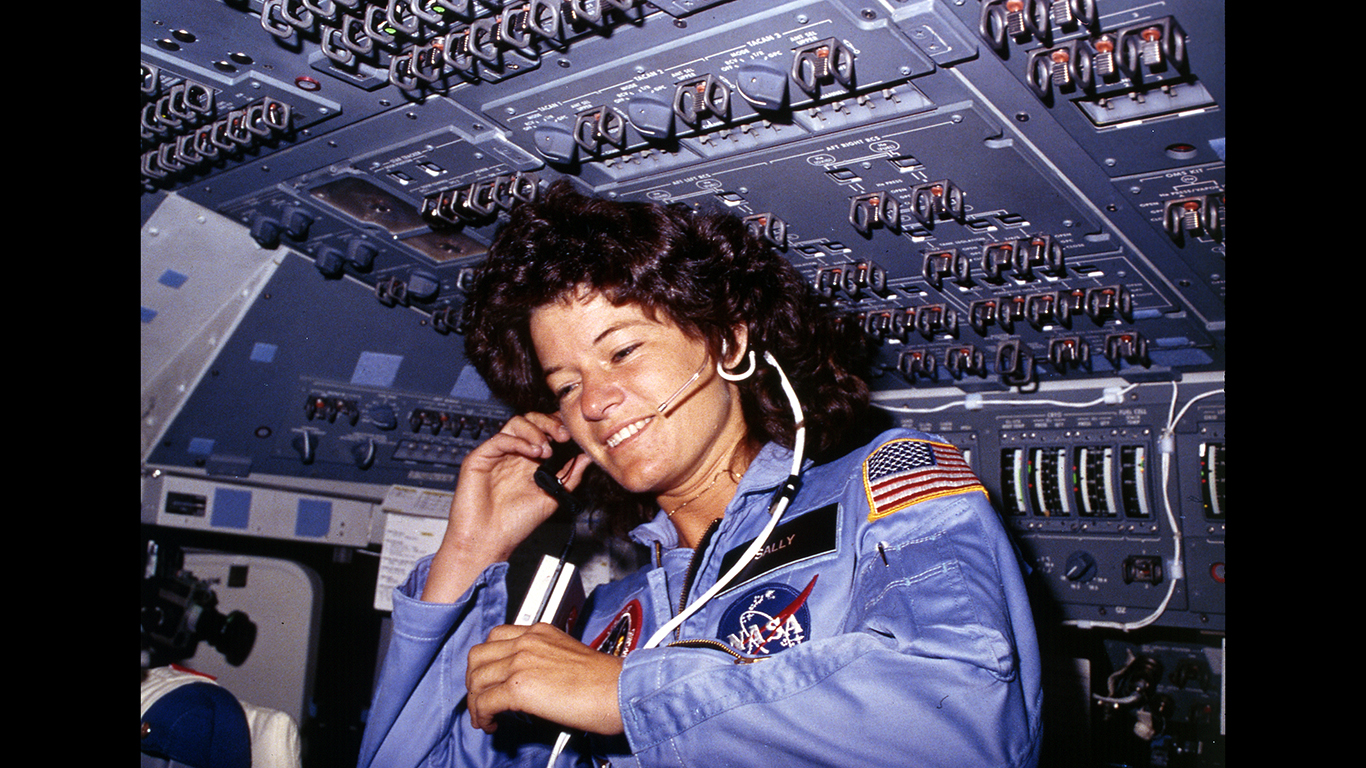 At 32 years old, Sally Ride not only became the first American woman in space but also holds the record as the youngest U.S. astronaut. Ride followed just two other female astronauts — Soviets Valentina Tereshkova in 1963 and Svetlana Savitskaya in 1982. One of only six women in NASA’s 1978 astronaut class, Ride set off on the space shuttle Challenger on June 18, 1983, During her six-day trip, she deployed satellites as a mission specialist. She flew into space again the next year, but her third mission was canceled because of the Challenger shuttle disaster in 1986. Ride worked on the investigation of that tragedy. She became director of the California Space Institute and a professor of physics at the University of California, San Diego, while working to improve STEM education, especially for girls. 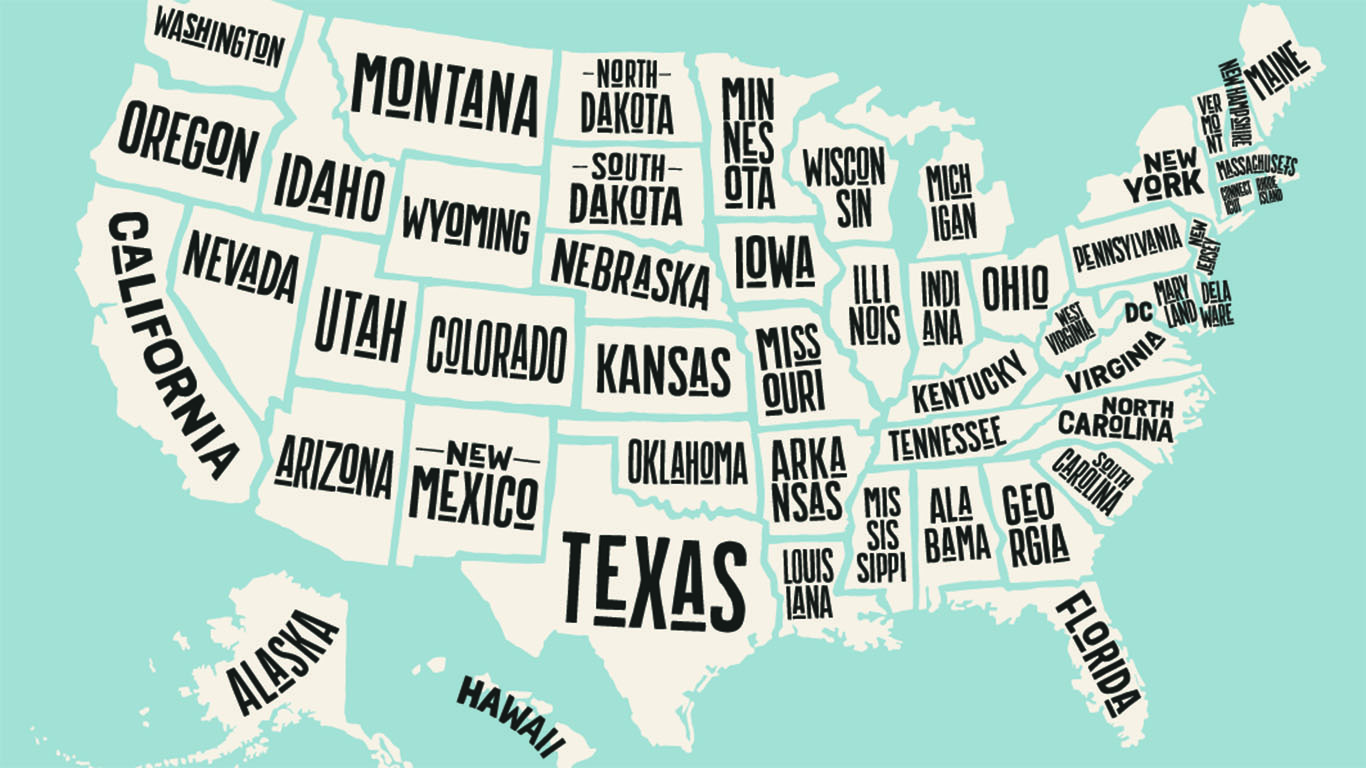 24/7 Tempo
How Your State Got Its Name 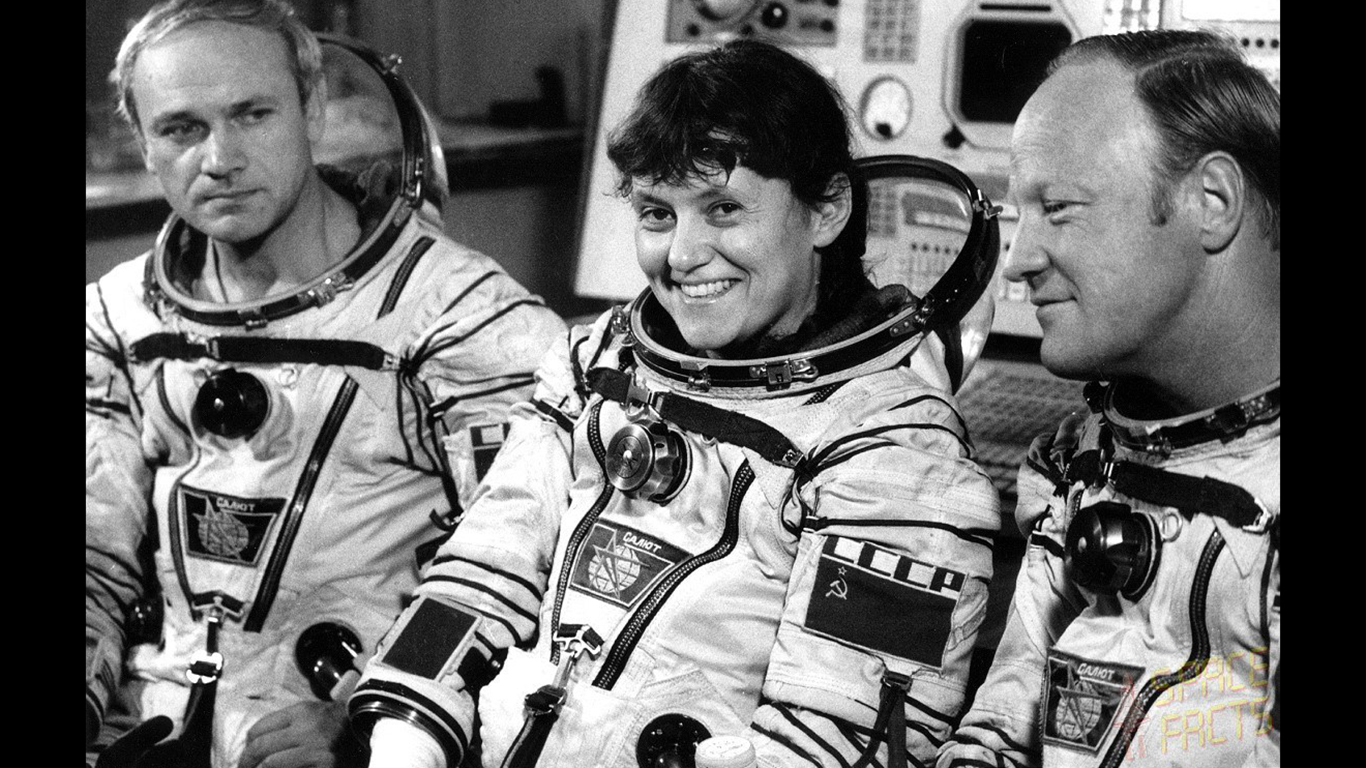 Svetlana Savitskaya became only the second woman in space, following Soviet trailblazer Valentina Tereshkova, when she flew the Soyuz T-7 spacecraft to dock with the Salyut 7 space station on Aug.19, 1982. But she truly made history with her second space flight on July 25, 1984. She became the first woman to walk in space when she and a fellow cosmonaut conducted welding experiments on the space station. During her mission, she also became the first woman to enter space twice. 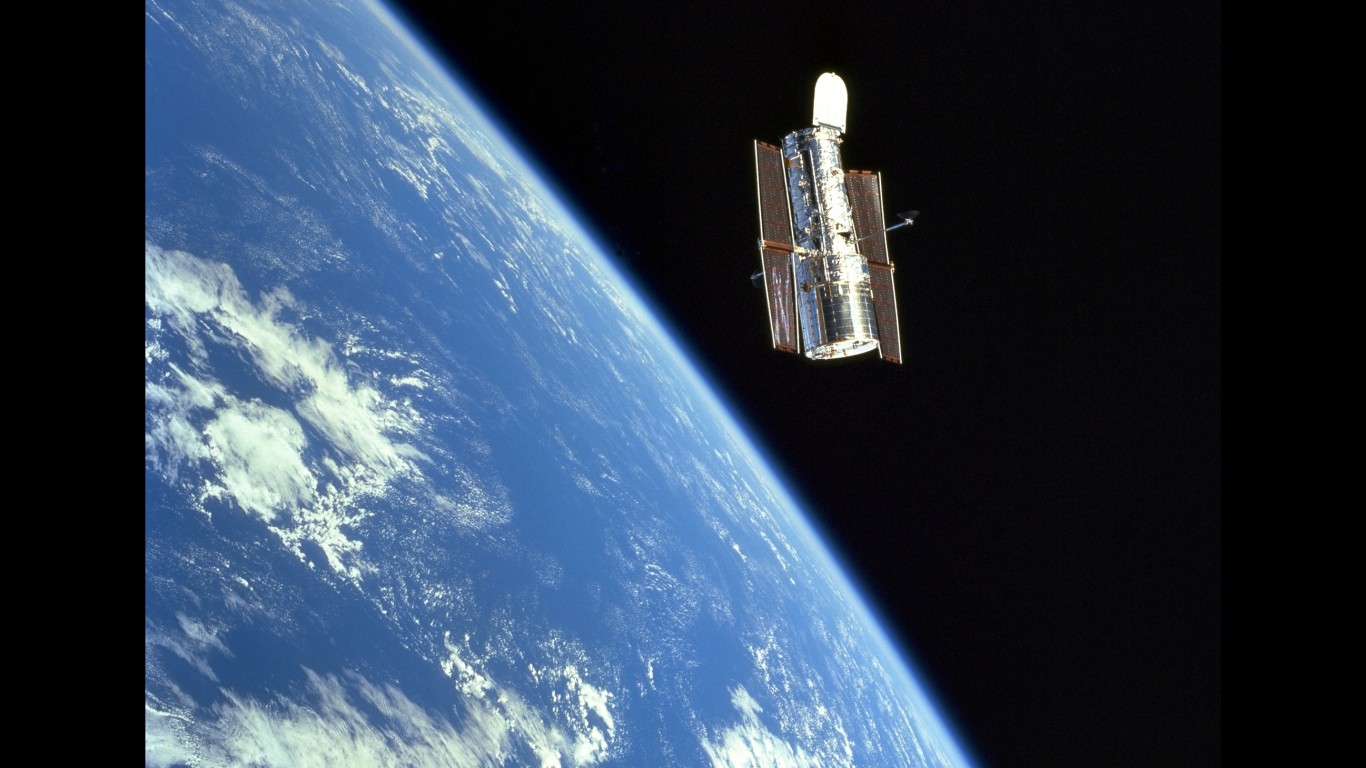 Early astronomers faced a problem getting a clear view of the universe due to the distortions caused by Earth’s atmosphere. German scientist Hermann Oberth first suggested in the 1920s that this problem could be solved by launching a telescope into orbit, but this could not be achieved until space travel was possible. Still, it took even longer to develop this telescope than to reach the moon. The space shuttle program helped with the deployment of what would become the Hubble Space Telescope (HST) named after American astronomer Edwin Hubble. But the 1986 Challenger disaster delayed its launch until April 24, 1990. It took several more years until a repair mission could fix a flaw in its mirror, but the wait was worth what NASA describes as “the most significant advance in astronomy since Galileo’s telescope.” 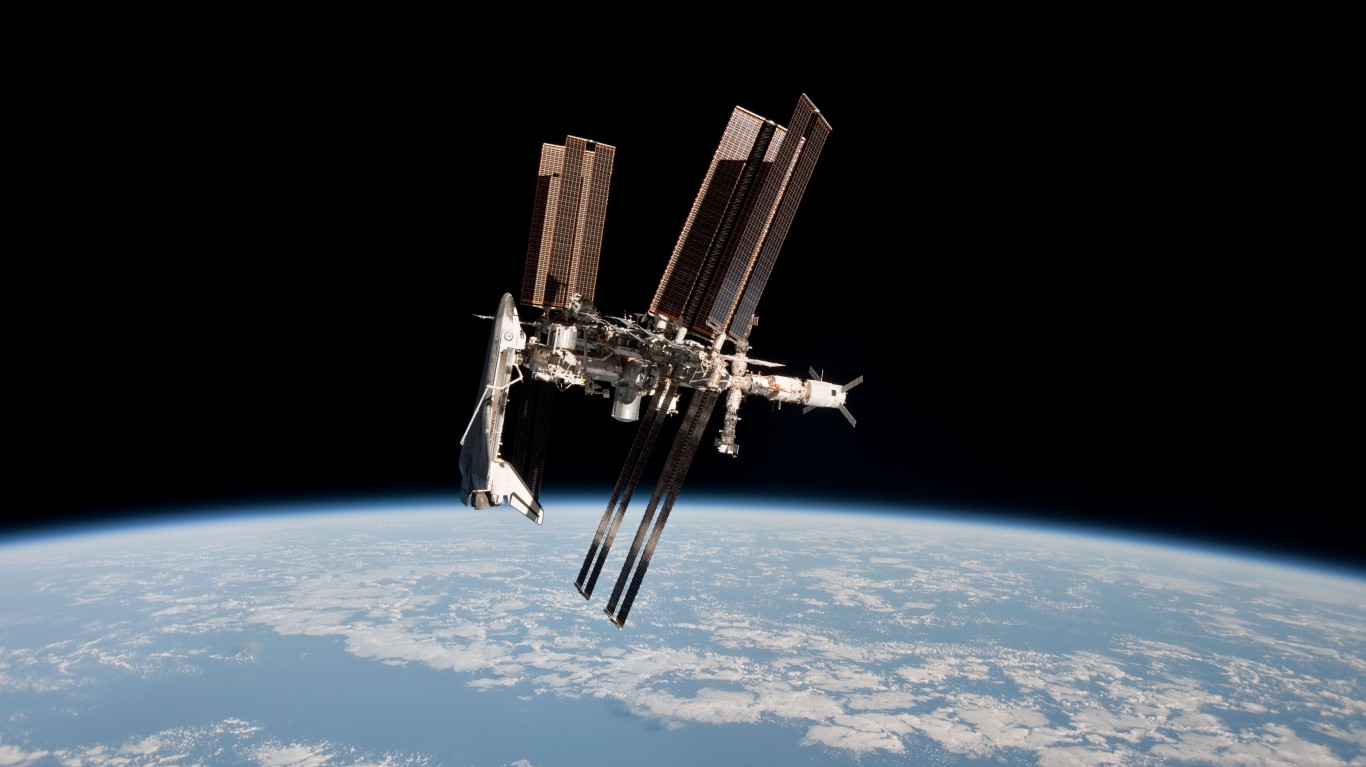 A directive to NASA in President Reagan’s 1984 State of the Union Address, the building of an international space station, began in 1998 when the first segment was launched. In November 2000 the first crew was able to stay at the station, but the completion of the ISS took 10 years and more than 30 missions, with the help of five space agencies from 15 countries. It now measures 357 feet end-to-end. A total of 230 individuals from 18 countries have visited the station, and it has never been empty.