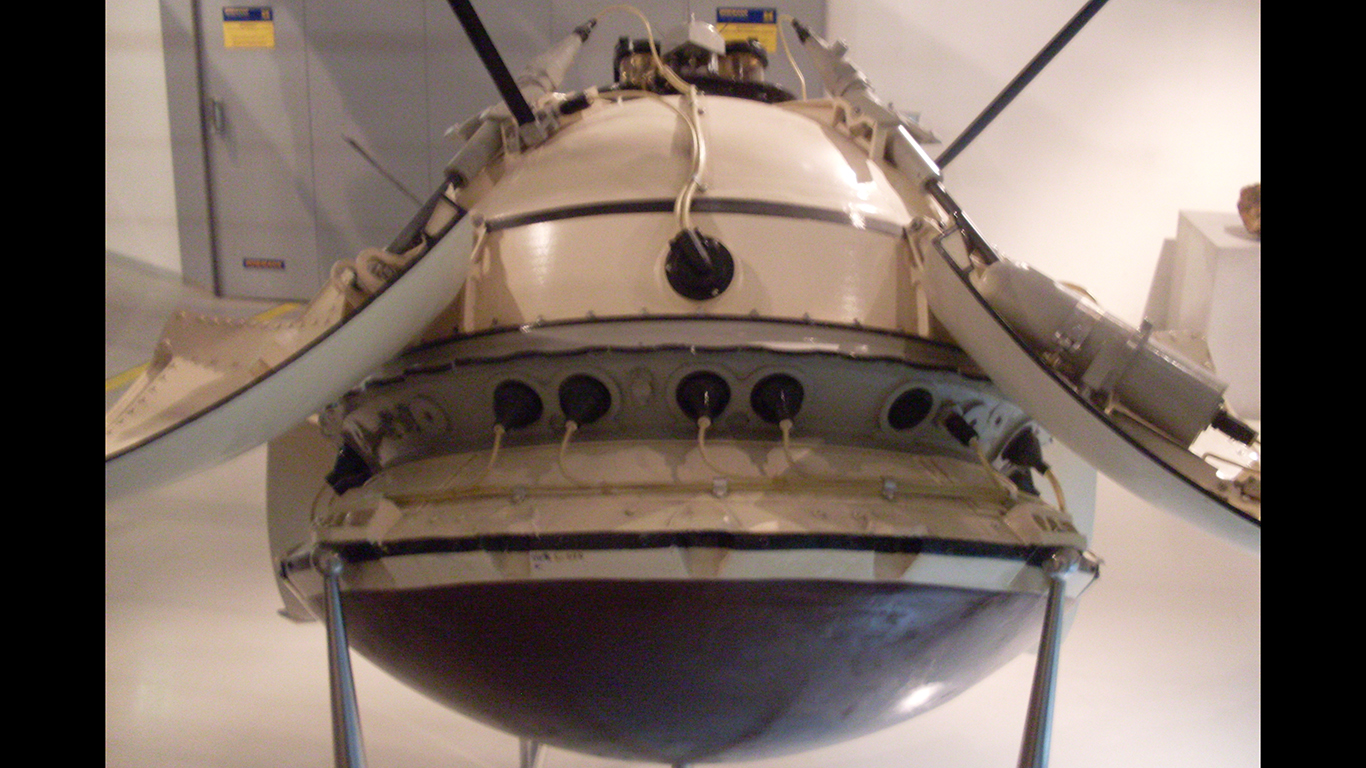 Mars 3, consisting of a satellite and landing vehicle, arrived on December 2, 1971, making the first successful soft landing on the planet. The orbiter sent data to Earth until August,1972, but the lander failed after sending only 20 seconds of video. The Soviet Union had previously tried twice to land on the planet: Mars 1’s communications failed on the way, and Mars 2 made it into orbit, but crash landed. Forty years after Mars 3 was lost, a crowdsourcing effort was made by Russian space enthusiasts to find its remains using images from NASA’s Mars Reconnaissance Orbiter (MRO). 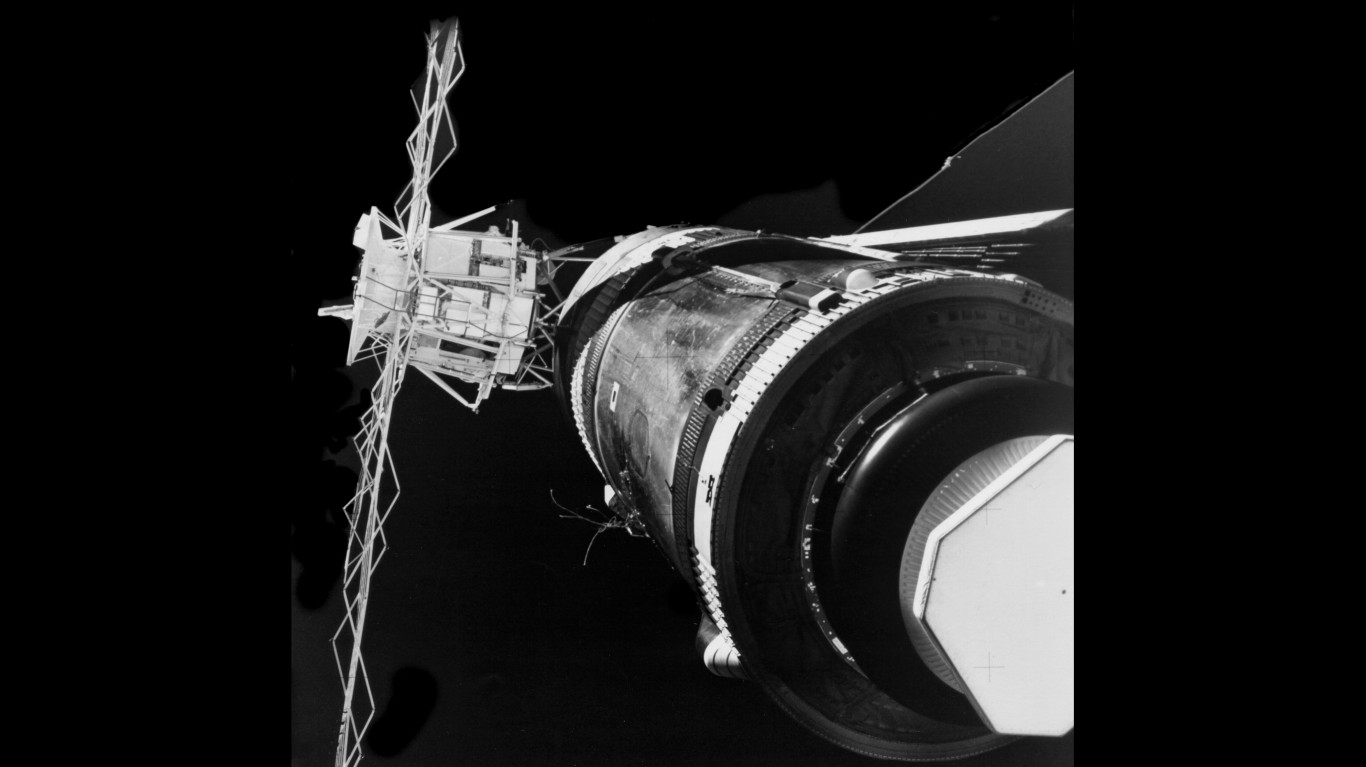 Skylab, America’s first space station, started as an idea back in 1962, finally launching on May, 14, 1973, atop a Saturn V rocket. The deployment encountered technical issues, even once it reached orbit, but NASA was able to remedy the problems. Three crews spent 28, 59, and 84 days, respectively, performing close to 300 experiments at the station. Skylab lasted for just over six years before falling out of orbit in July 1979. 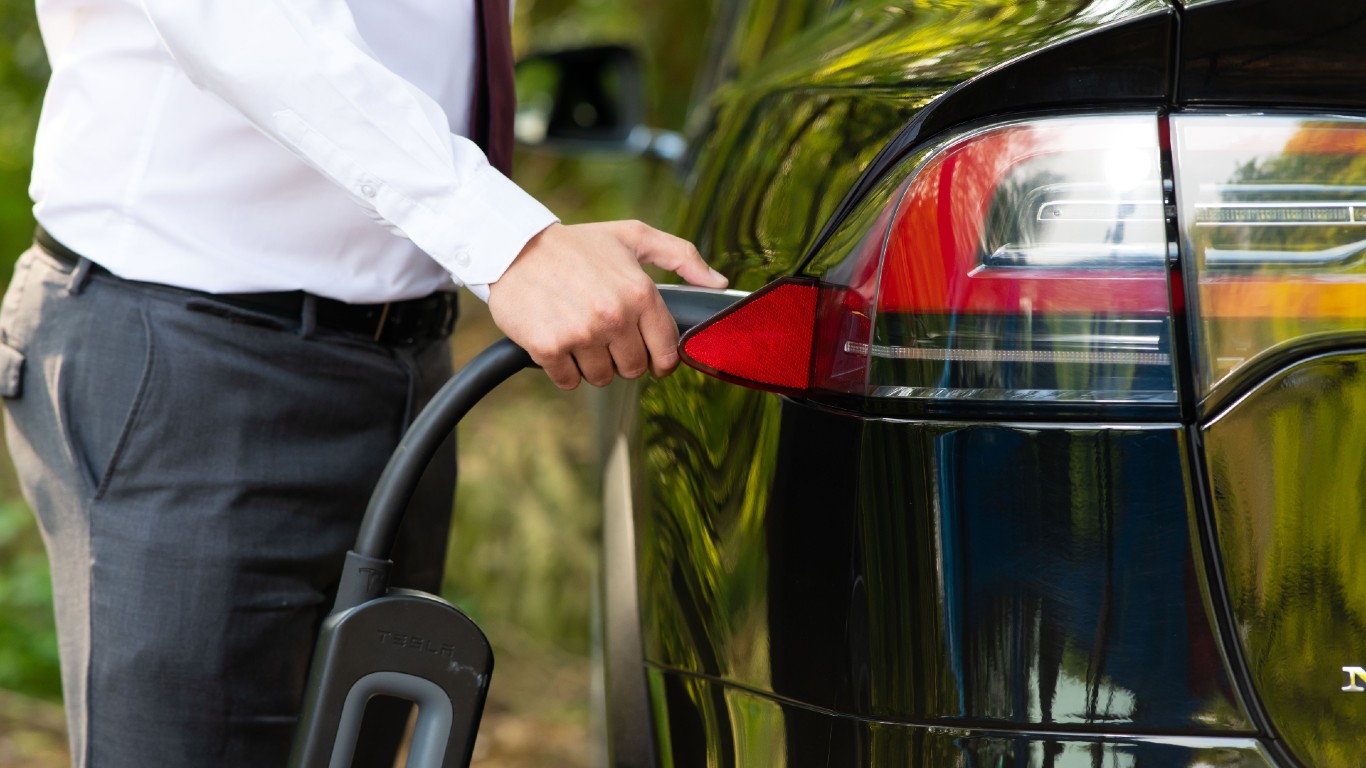 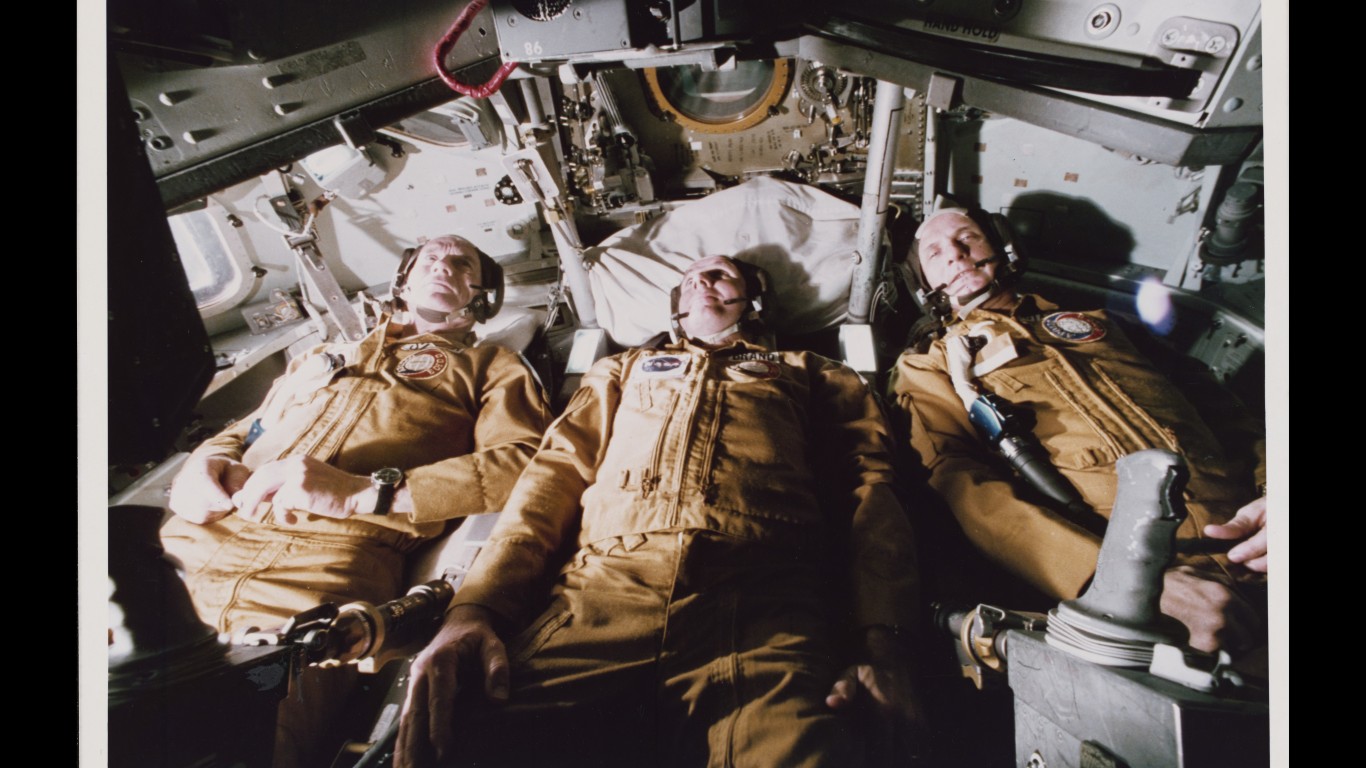 Once rivals in the space race, the U.S. and Soviet Union teamed up for the Apollo-Soyuz Test Project (ASTP), the first international human spaceflight, launched on July 15, 1975. Also known as the “Handshake in Space,” the project docked the final American Apollo spacecraft, consisting of a crew of three, with the Soviet Soyuz spacecraft’s crew of two. The ASTP tested the compatibility of rendezvous and docking systems and international space rescue. It also set up future international efforts in space, including the Shuttle-Mir Program and the International Space Station. 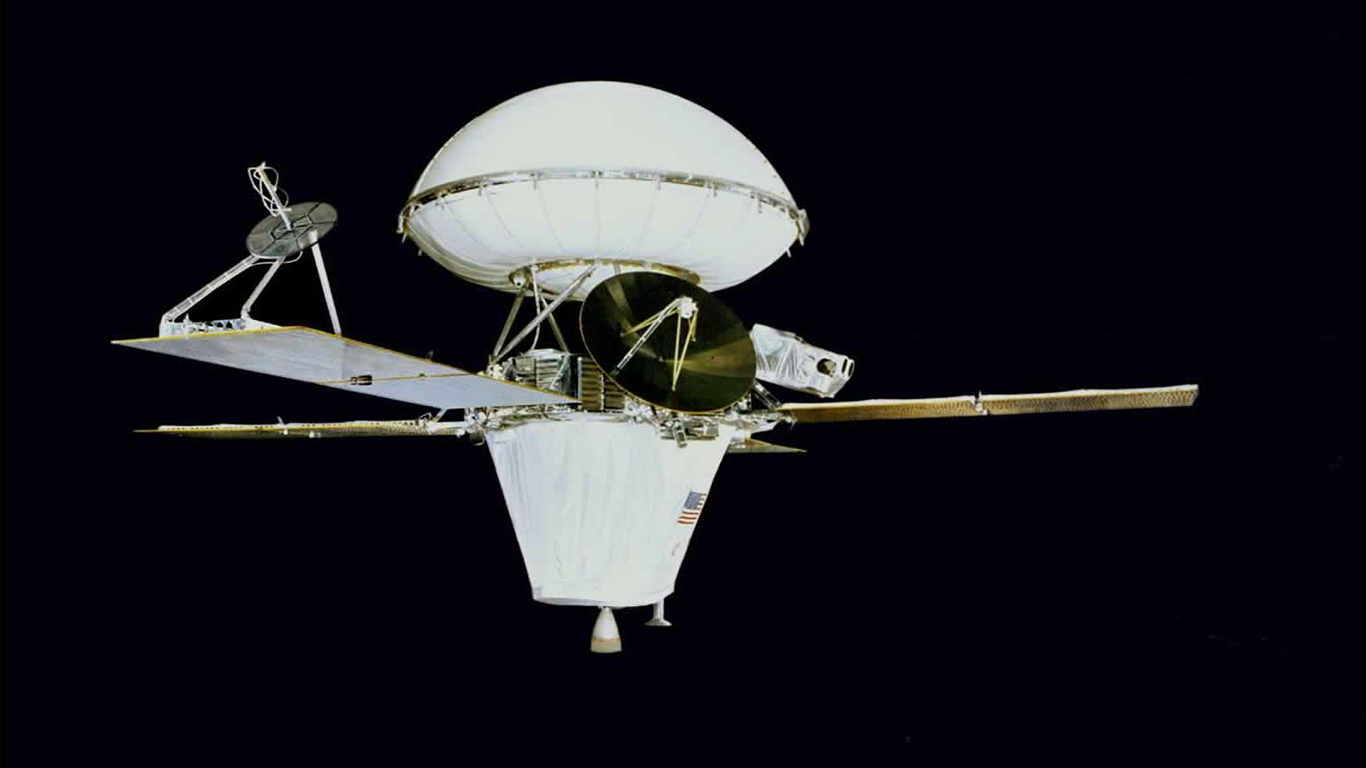 Successfully landing on July 20, 1976, Viking 1 was the first American spacecraft to touch down on Mars and the first to remain there long term. The Soviet Union’s attempts to land ended in crashes or were very short-lived. Viking 1 spent six years on the planet, providing vital information from both its orbiter and lander, including high-resolution images and experiments. The lander used its robotic arm and a biological laboratory to analyze the first Martian soil sample, characterizing Mars’ surface and atmosphere while searching for signs of life. 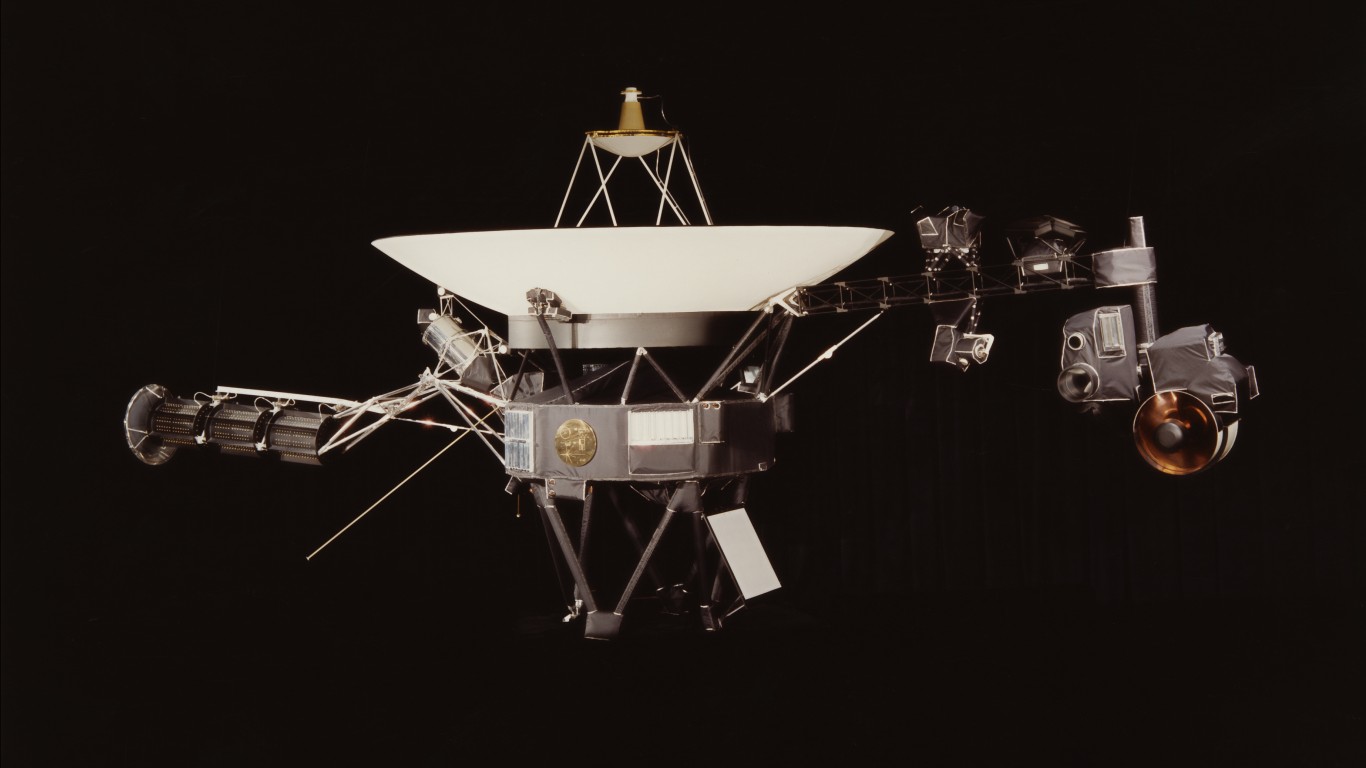 Voyager 1 and 2 were sent out in 1977 as the first exploration of the outer planets. The aim of both missions was to collect information on the atmospheres, interiors, satellites and magnetospheres of Jupiter and Saturn, taking thousands of photos in the process. Voyager 2’s mission was later extended to include Uranus, Neptune and beyond. The missions led to many new discoveries, including 22 satellites, Jupiter’s rings, additional information about the rings of Saturn, Uranus and Neptune, Uranian and Neptunian magnetospheres, auroral zones on Jupiter, Saturn and Neptune, and more. Though the Voyagers are no longer fully operational, NASA is still keeping track of them, and they are the only human-made objects to ever leave our solar system.