Thanks to technological advances, today’s world is smaller than ever before and people are moving around at unprecedented rates. According to recent United Nations estimates, the world has at any given time more than 230 million “international migrants,” defined as people who have lived at least a year outside their country of origin.

This diverse group includes war refugees, undocumented migrants, retirees, business executives, and foreign-born spouses. Even in a prosperous country like the United States, citizens sometimes discover they can earn better salaries and job satisfaction abroad, especially in industries where stress and low pay are common — these are the worst jobs in America.

There are plenty of reasons for people to adopt the expatriate lifestyle. They might find jobs that pay less, but offer better work-life balance, plenty of leisure activities and a welcoming local culture such as in these most welcoming countries for expats.

In other cases, people choose to relocate temporarily because an expat job offers higher pay and career advancement. Even when the motivation to live abroad is purely based on work, different countries offer different benefits and challenges.

The latest survey by InterNations, a Munich-based global expat networking services provider, titled “Expat Insider 2018: The World Through Expat Eyes,” shows that the best countries in which to work abroad fall into different categories. Countries like China and Saudi Arabia offer higher salaries but lower qualities of life, while emerging economies like Thailand and Ecuador offer better work-life balance and lower cost of living, but also less pay and job security.

The following is a list of the 25 best countries for expatriate workers. The survey population includes employees on corporate assignment and people working and living abroad for other reasons. It largely reflects the views of expats with university degrees. More than half of the respondents were over the age of 41.

The source for the top 25 countries or territories for working abroad is part of the broader annual Expat Insider online survey by InterNations, a Munich-based global expat networking services provider. The survey was conducted from February 15 to March 7, 2018.

The survey collected responses from 18,135 expatriates of 178 nationalities living in 187 countries or territories. Respondents were asked to rate up to 48 factors regarding various aspects of living and working abroad — from quality of healthcare to job satisfaction — on a scale of one to seven. Those results were bundled into 17 subcategories and five topical indices: Quality of Life, Ease of Settling In, Working Abroad, Personal Finance and Family Life. 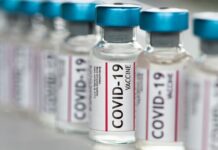 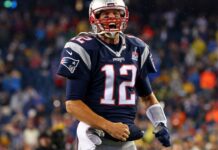