The flu is a common viral infection that can be deadly. In fact, the 2017-2018 flu season, the first to be classified as high severity across all age groups, was the deadliest since tracking began in 1976, killing 80,000 people in the United States alone. The 2019-2020 flu season has so far not been as severe, but the number of areas reporting regional or widespread flu activity has increased over the last few weeks, according to the CDC. More than 3% of doctors visits were for flu-like illness, higher than the national baseline of 2.4% for five weeks.

The flu is unpredictable and the severity of the season varies from year to year.  CDC estimates that so far this season there have been at least 2.6 million flu illnesses, 23,000 hospitalizations and 1,300 deaths from flu. To identify the most serious flu complications, 24/7 Tempo talked to doctors and reviewed several studies published in various medical journals.

There is no cure but there are ways you can ease the symptoms. The majority of people with the flu take seven to 10 days to get healthy again, Dr. Dyan Hes, Medical Director of Gramercy Pediatrics in New York City, said. You can take medication to help with headaches, coughing and vomiting, but they won’t stop the flu, they will just treat the symptoms.

Mild complications such as body aches, dehydration and vomiting are common, but more serious health risks can develop as well. “The youngest and the oldest are by far the most at risk because their immune system is weak or compromised,” she added. Approximately 80% of the children who died from the flu during the last flu season had not received a flu shot. The single best way to prevent the infection, according to doctors and the CDC, is to get vaccinated each year.

The flu can make even healthy people very sick, Hes said. You don’t have to be weak or have a pre-existing condition to suffer severe complications, she added. “It kills healthy people, too.” This is just one reason why health experts worry about people catching the flu — along with these other infections even doctors are afraid of. 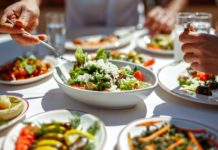