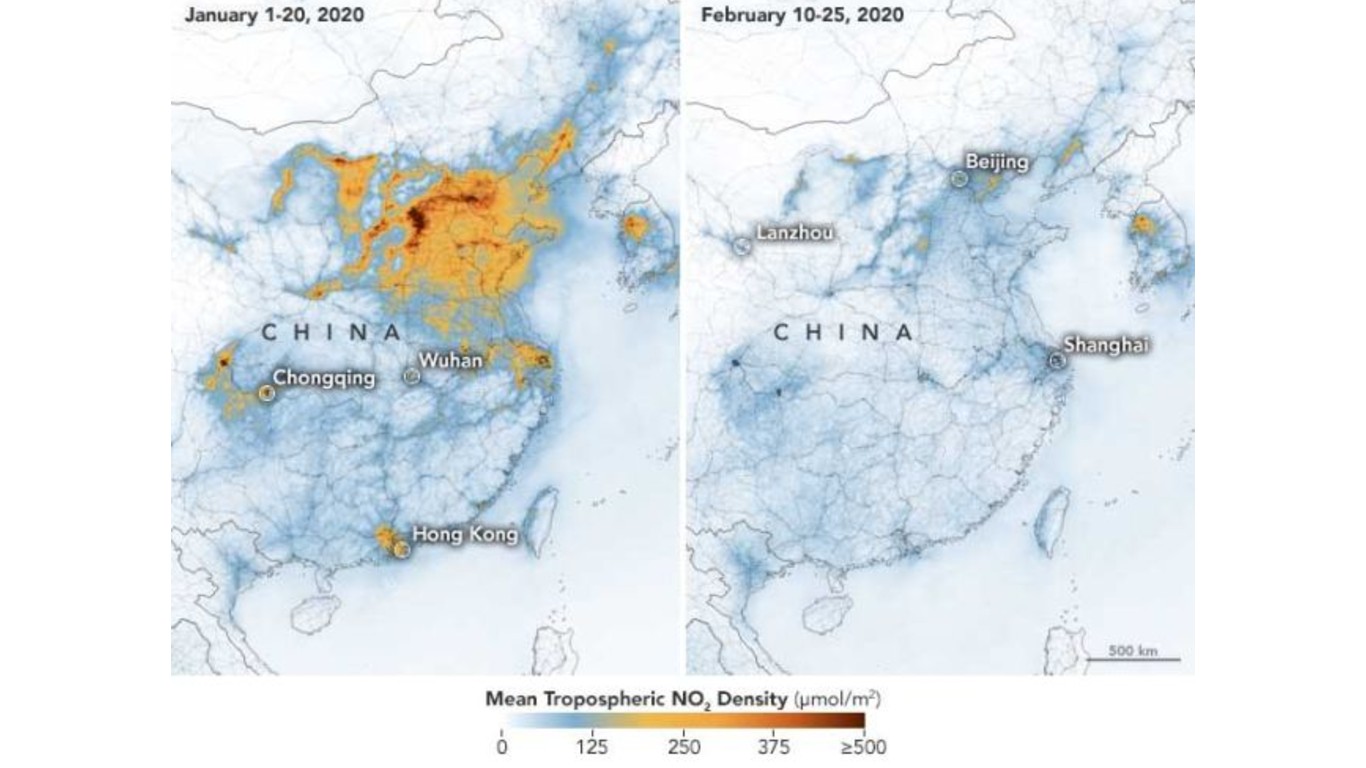 The decrease in traffic and commercial and industrial activity due to the lockdown most of the world has been under in recent months because of the COVID-19 pandemic has caused a “dramatic” decrease in pollution, albeit temporary, according to NASA. The air in major metropolitans all over the world has dramatically improved, including cities in China and in Los Angeles that are well-known for their polluted air. The levels of harmful microscopic particulate matter known as PM 2.5, which is considered very dangerous because it can get into the lungs and cause serious health problems, have declined in major cities by as much as 60%, according to data from IQAir, a global air quality technology company.

While social distancing and closures of nonessential businesses reduced CO2 emissions, a major driver of climate change, the reduction was enough to slow down their effects on global warming, according to a study published in the journal Nature Climate Change. Global CO2 emissions are estimated to return to normal levels by the end of the year, barely affecting the considerable growth in global emissions being released in the atmosphere. 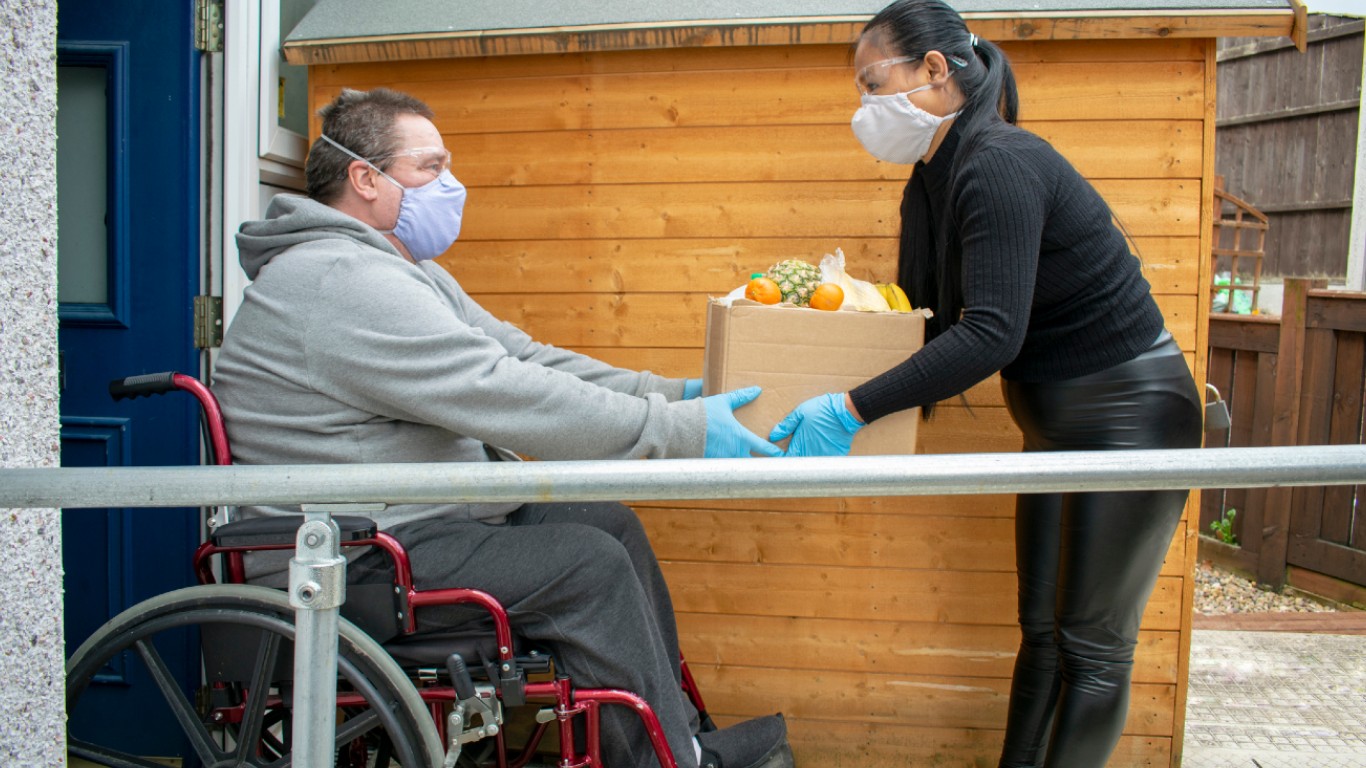 The pandemic has been testing people all over the world as they have faced social isolation, financial difficulties, and much more. By and large, however, many were able to overcome these difficulties by doing good and coming together. There have been many examples of people volunteering. The examples are too many to list, and here are but a few.

People in communities nationwide organized to pick up shopping or deliver medicine to the most vulnerable. In some districts, bus drivers have been delivering lunches to kids from closed schools. Many people began making masks and donating them to nearby hospitals, while others have been preparing free lunches for the elderly. Sometimes, coming together meant neighbors dancing or working out together — from just outside the house — or listening to a concert put together by other neighbors. And sometimes it was putting giant teddy bears along emptied streets (in Paris) to make people smile.

ALSO READ: 35 Popular Restaurants That Won’t Reopen After the Pandemic 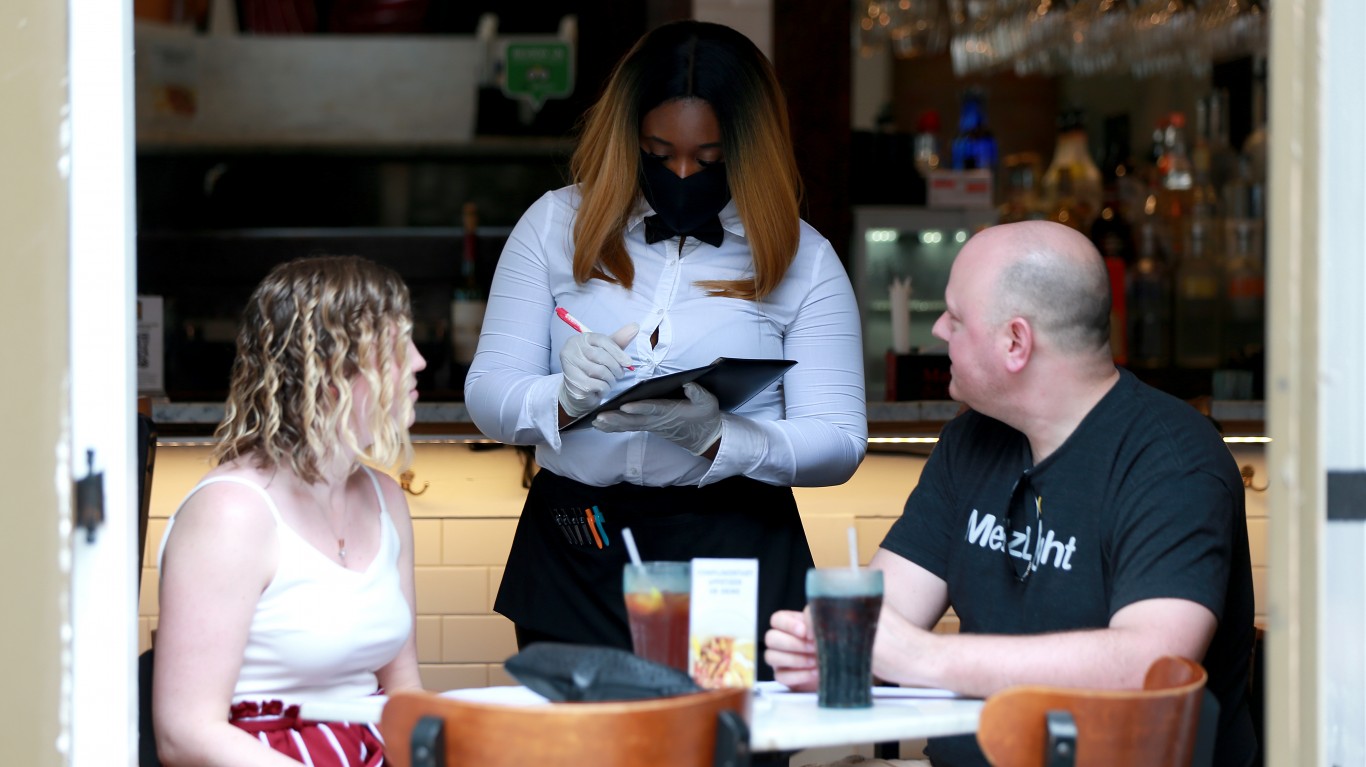 The restaurant trade has been particularly hard-hit by the onset of COVID-19. The food and drinks industry won’t be the same. Fewer customers, tables located 6 feet or more apart, and wearing masks may be the new normal for the foreseeable future. What else may become normal are several job positions not seen before at eateries. They include temperature takers, sanitation specialists who will be wiping down dining room surfaces, and safety stewards, who will make sure the restaurant follows social distancing rules and sanitation practices. 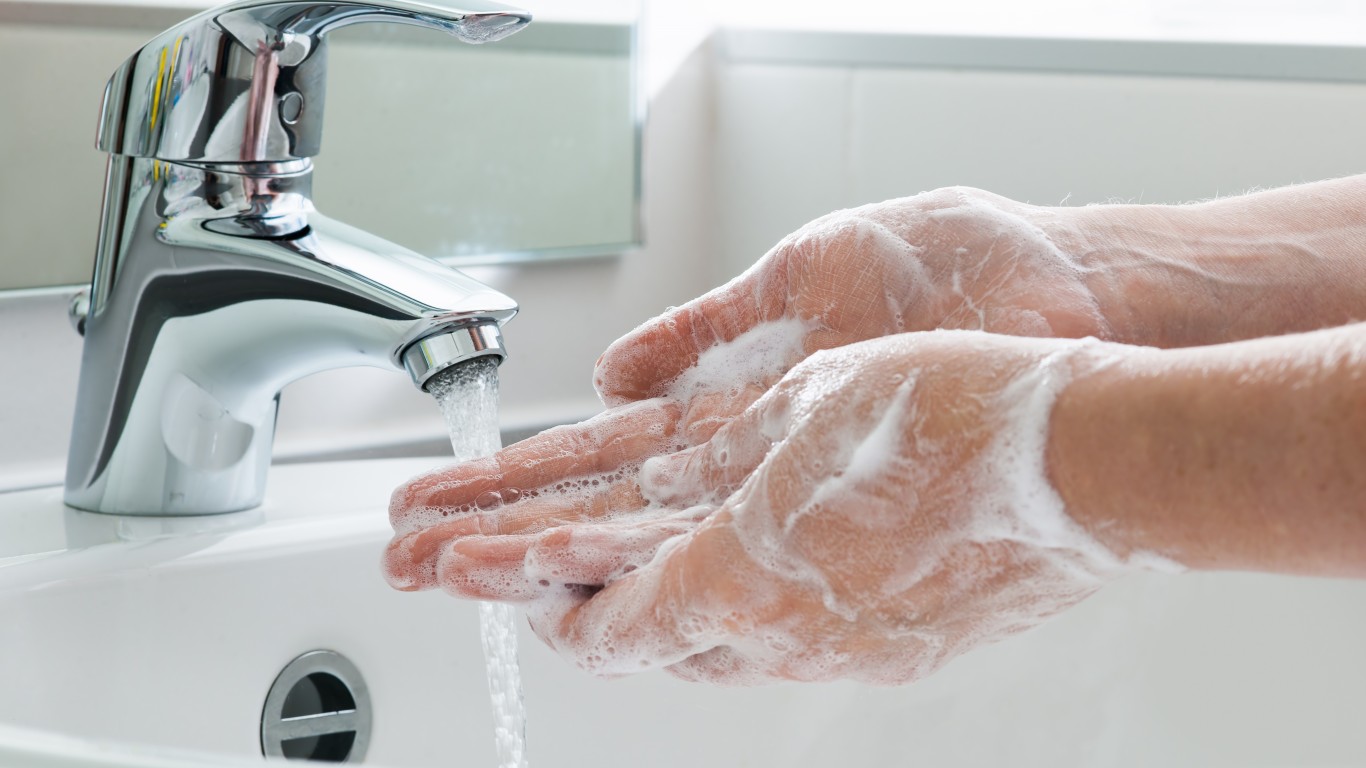 Before the coronavirus outbreak, people were perhaps unaware of how often they were touching their faces, potentially letting germs and harmful bacteria enter the body and making you sick. People are now paying more attention to basic hygiene — washing hands frequently and more thoroughly, not touching the eyes and nose, cleaning groceries, and disinfecting high-touch surfaces around the house. 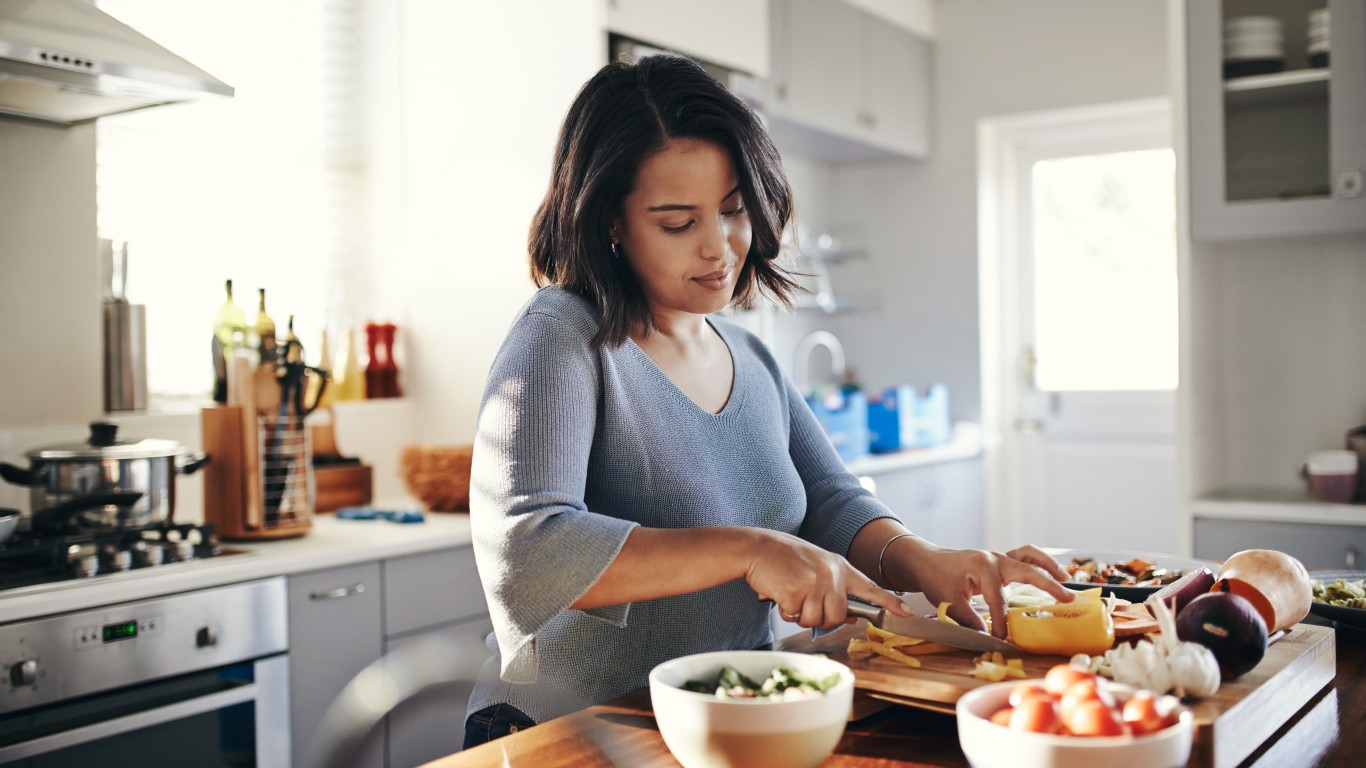 People who cook at home tend to have healthier diets because they tend to use healthier ingredients to make their meals and also tend to consume fewer calories, sodium, added sugars, and fat. And a healthier diet can lower the risk of becoming obese or developing type 2 diabetes. As restaurants all over the country were forced to cease offering dining-in services, the coronavirus pandemic has turned many people into home cooks as almost every meal has been prepared at home.