Americans consume a lot of fast food. On any given day, more than a third do so. There are a number of reasons for this: it’s convenient, cheap, and readily available.

Subway — founded in Connecticut in 1965 as Pete’s Super Submarines, with its name later shortened to its present form — is one of the best-known fast-food chains in the United States. It was once the fastest-growing franchise and is now pretty much everywhere. (It ranks high among the most successful restaurant chains in America.)

What states have the most Subways in total and the most per capita? To answer that question, 24/7 Tempo reviewed data collected by NiceRx, a patient assistance program and medication access company, using numbers for total fast-food restaurants taken from the U.S. Census Bureau and tracking the nation’s ten most popular chains as determined by ScrapeHero.com. (Population figures are five-year estimates from the U.S. Census Bureau’s 2019 American Community Survey.) We then ranked the states by their per capita Subway population, lowest to highest.

The list is clearly dominated by states in what is called “flyover country.” They’re mainly in the center of the country, they’re more rural, their inhabitants depend more on their cars to get around, and they may be poorer. The top three are South Dakota, Wyoming, and West Virginia, in that order.

You have to go a long way down the list to find a state that has an actual subway, by the way — Illinois at No. 22, which boasts the Chicago Transit Authority. 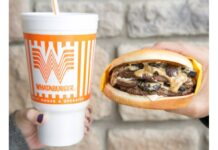 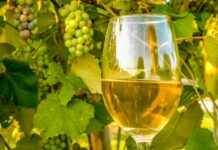 States With the Most and Fewest Wineries