The oldest surviving residential structure in America, the Fairbanks House in Dedham, Massachusetts, was built sometime around 1640 (it is a historical museum today). The youngest one? It is – or they are – going up at this very moment. (Here are some famous historic homes currently for sale.)

The median age of homes in this country might be less than you think it is. To determine which  states have the oldest homes overall, 24/7 Tempo reviewed data on building age from the U.S. Census Bureau’s 2020 American Community Survey. States were ranked based on the median age of all housing units in each state. Supplemental data on the share of homes built before 1960 and the average value of homes built before 1960 was calculated using five-year data from the 2020 ACS. Data on the first registered historic home in each state comes from the National Register of Historic Places. (These are the cities with the highest concentration of historic places.)

The five states with the oldest median home age are all in the Northeast – New York, Rhode Island, Massachusetts, Pennsylvania, and Connecticut, all among the first 13 states to join the Union. Homes in these five states were typically built in 1965 or earlier. These five states also have the highest percentage of homes constructed before 1960, all above 43%.

Another Northeastern state with older homes is New Jersey, at No. 7 on the list. The rest of the top ten states are Midwestern – Ohio, Illinois, Iowa, and Michigan.

Nevada is the most modern state, residentially speaking, with just 5% of its homes built before 1960. Western and Southern states in general had the newest homes of any region in the country. 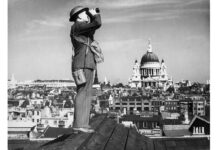