24/7 Tempo
Home Health States With the Most Monkeypox Cases

Monkeypox, a rare tropical viral infection originating in Central and West Africa, began spreading globally after British health officials discovered it on May 7 in a man who had traveled to an area of Nigeria where the virus is endemic. (These are the countries reporting the most cases of monkeypox.)

Monkeypox has since spread across Europe and elsewhere, and on May 18, Massachusetts health officials announced the discovery of the virus in an adult male – the first confirmed U.S. case of the global monkeypox outbreak.

Though the virus has been found in the U.S. before, it has been extremely rare and associated with international travel or contact with imported animals. This time, the virus appears to be spreading without these factors. Though it’s not considered a sexually transmitted infection, monkeypox has mostly been transmitted in the U.S. between men who have gay sex.

The U.S. Centers for Disease Control and Prevention says monkeypox is transmitted through contact with bodily fluids, including respiratory droplets, and skin lesions of infected animals or humans. Symptoms include fever, headache, muscle aches, swollen lymph nodes, and lesions that resemble small pox. Monkeypox is fatal in 1% to 11% of people who contract the virus, according to the CDC, but the risk of infection to the general public is low. (It hardly counts as one of the 20 worst epidemics and pandemics in history.)

The U.S. government has purchased 1.1 million doses of the monkeypox vaccine from Danish vaccine manufacturer Bavarian Nordic, the Associated Press reported on June 14.

To find the states with the most monkeypox cases, 24/7 Tempo reviewed 2022 U.S. Map & Case Count of monkeypox/orthopoxvirus cases from the Centers for Disease Control and Prevention. States are ordered by the number of cases as of July 12, then by population. Population data from the U.S. Census Bureau’s American Community Survey is five-year averages for 2020.

The number of cases two weeks prior, on June 28, are also listed, as are the number of cases on June 8, when the CDC started listing cases by state. Currently there are cases in 40 states and the District of Columbia. On June 8, only 15 states had between one to nine cases of monkeypox. 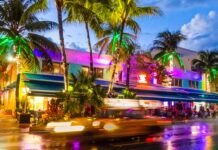 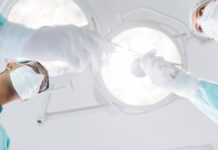