The fear that comes with a cancer diagnosis has roots in the disease’s killer nature. Cancer is the second leading cause of death worldwide, killing more than 9 million people in 2018, according to the World Health Organization and causing 1 in 6 deaths.

In the United States, where the disease is also the second biggest killer, nearly 600,000 people die from it a year, according to the Centers for Disease Control and Prevention.

There is some encouraging news. Cancer death rates declined by 27% in the period between 1991 and 2016, according to the American Cancer Society. This trend is mostly attributed to the decline in smoking rate and better early detection. On the other hand, cancer diagnoses are expected to rise to nearly 23.6 million by 2030, according to the National Cancer Institute. The reason for the increased diagnoses is the fact that people live longer and the risk of developing the disease increases with age, according to Dr. Joseph Lynch, an oncologist from Geisinger. Age is the biggest risk factor for cancer.

While climbing cancer rates are discouraging, there is some good news. “Many types of cancer are increasingly becoming a chronic illness,” Lynch said. In other words, more people are now able to live longer with the disease. 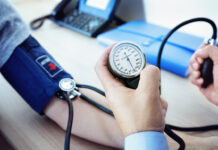