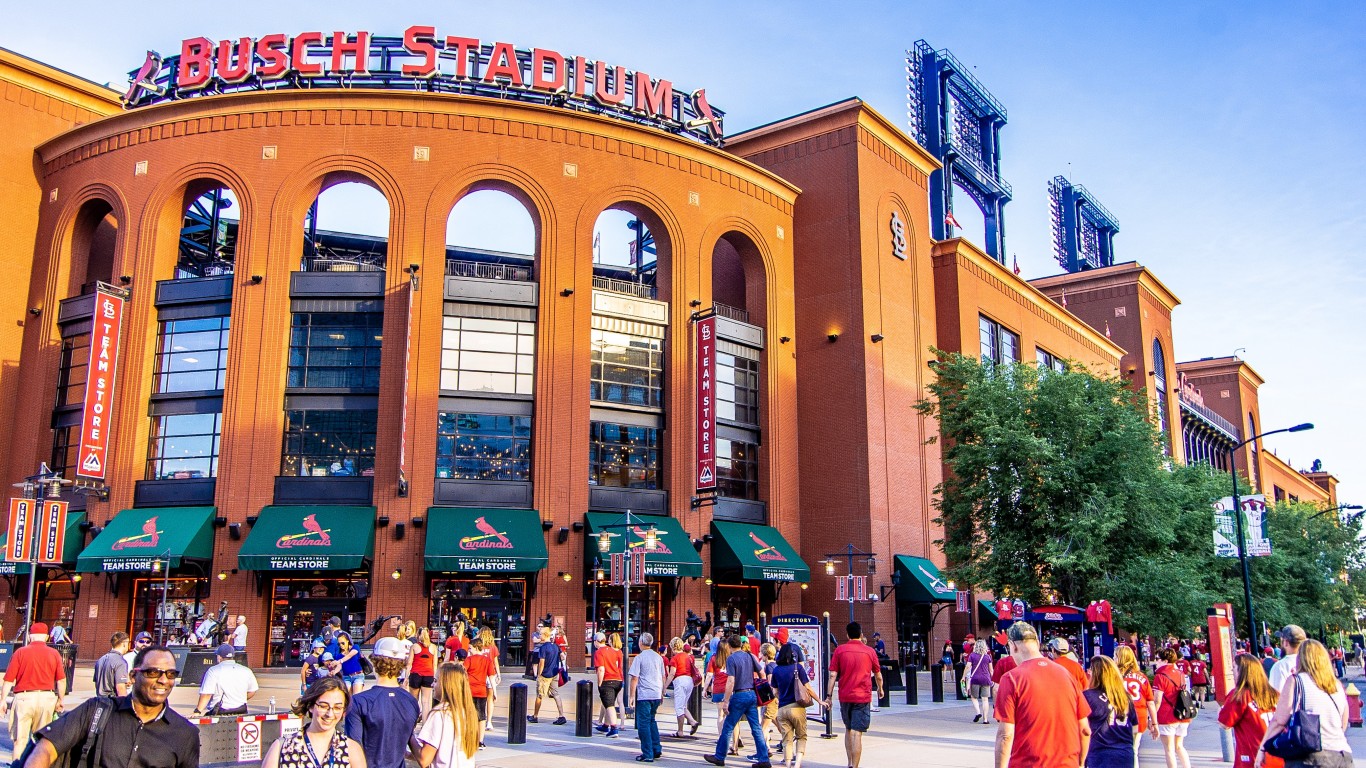 Other likely factors contributing to the state’s relatively low life expectancy may be the 25.8% share of adults who do not exercise, which is 16th highest, and the 32.2% adult obesity rate, also the 16th highest. 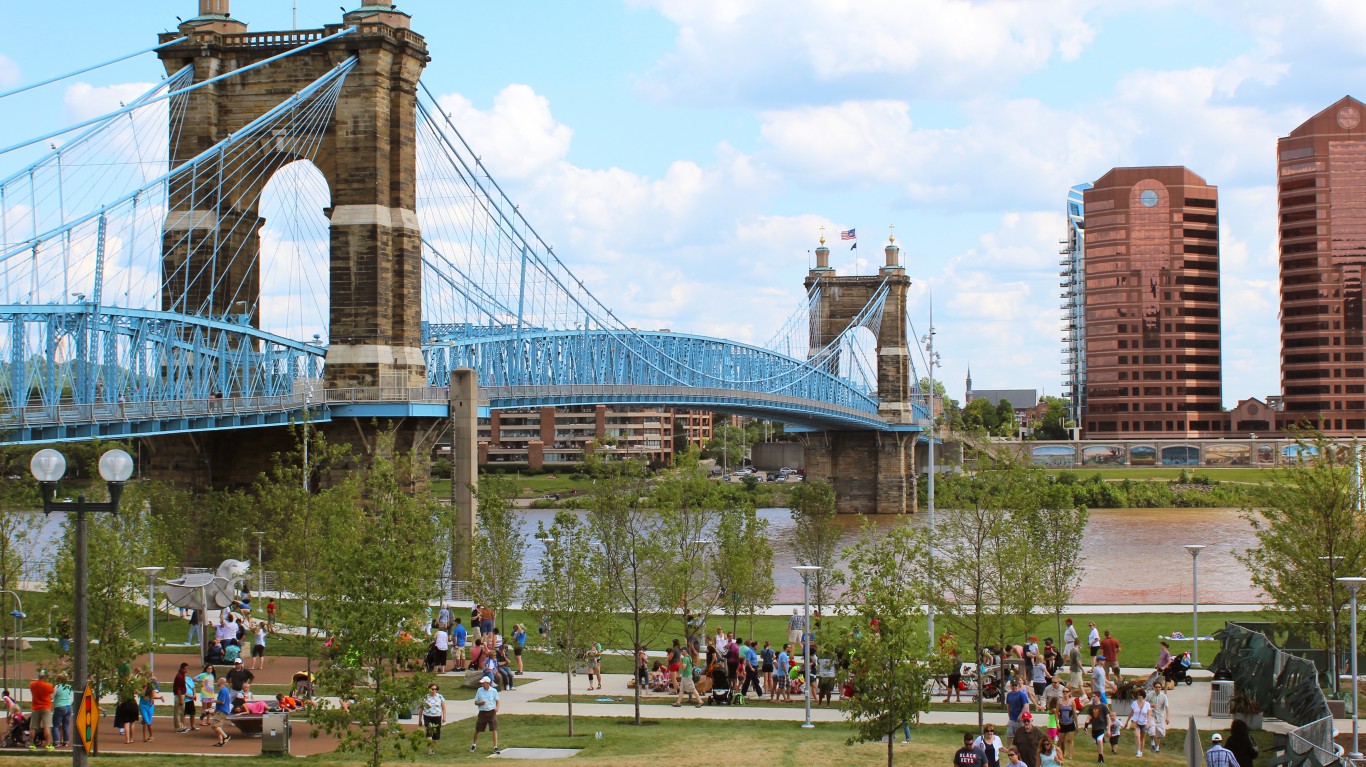 Ohio, the seventh most populous state in the country, has the 15th highest poverty rate in the country, at 13.1%. People who struggle financially face many health challenges, including being more likely to develop stress-related conditions. Adults residents of Ohio report more than four mentally unhealthy days a month, more than most states.

The share of people in the state engaging in unhealthy behaviors like smoking and living a sedentary lifestyle — both of which are among the highest in the U.S. — may also contribute to the state’s relatively poor health outcomes. 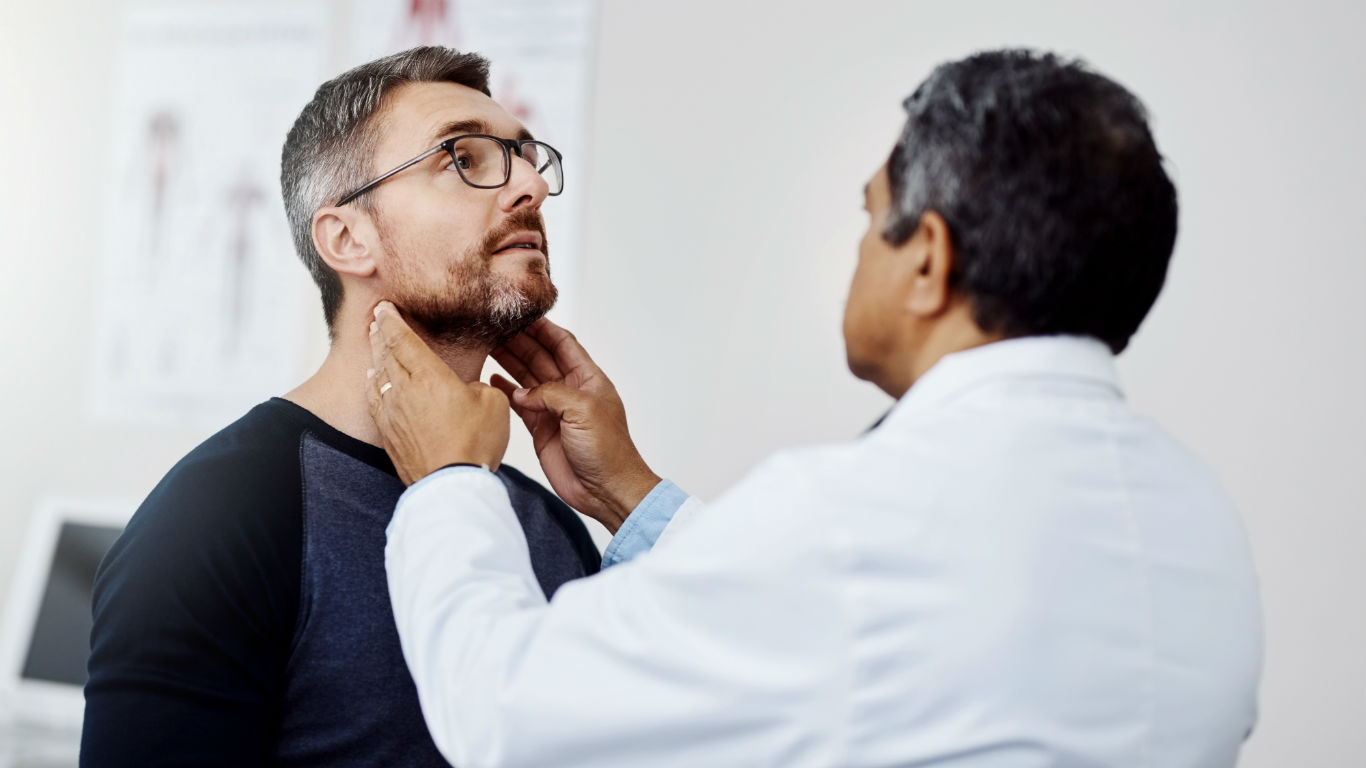 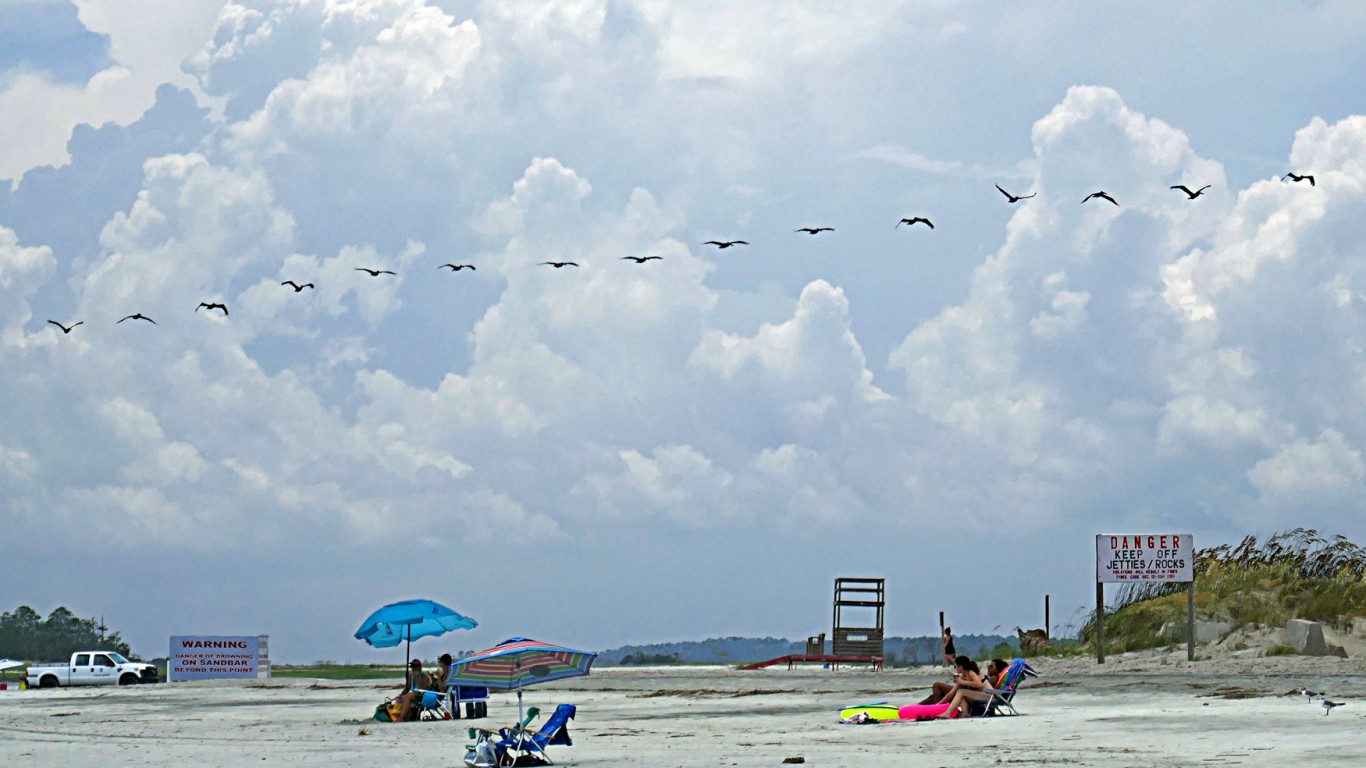 Georgia residents have improved their lifestyle since 1980. The result has been an increase of almost six more years in the state’s average life expectancy at birth, the 14th largest increase. The state moved from having the fourth lowest life expectancy in 1980 to 13th lowest of all states in 2015.

What may still be holding Georgia back is its high poverty rate of 13.3% as well as the large share of residents who do not have health insurance. At 13.4%, the uninsured rate is the third highest in the country. Working people with no health coverage have 40% higher mortality risk than those who have private insurance, according to research published in the American Journal of Public Health. 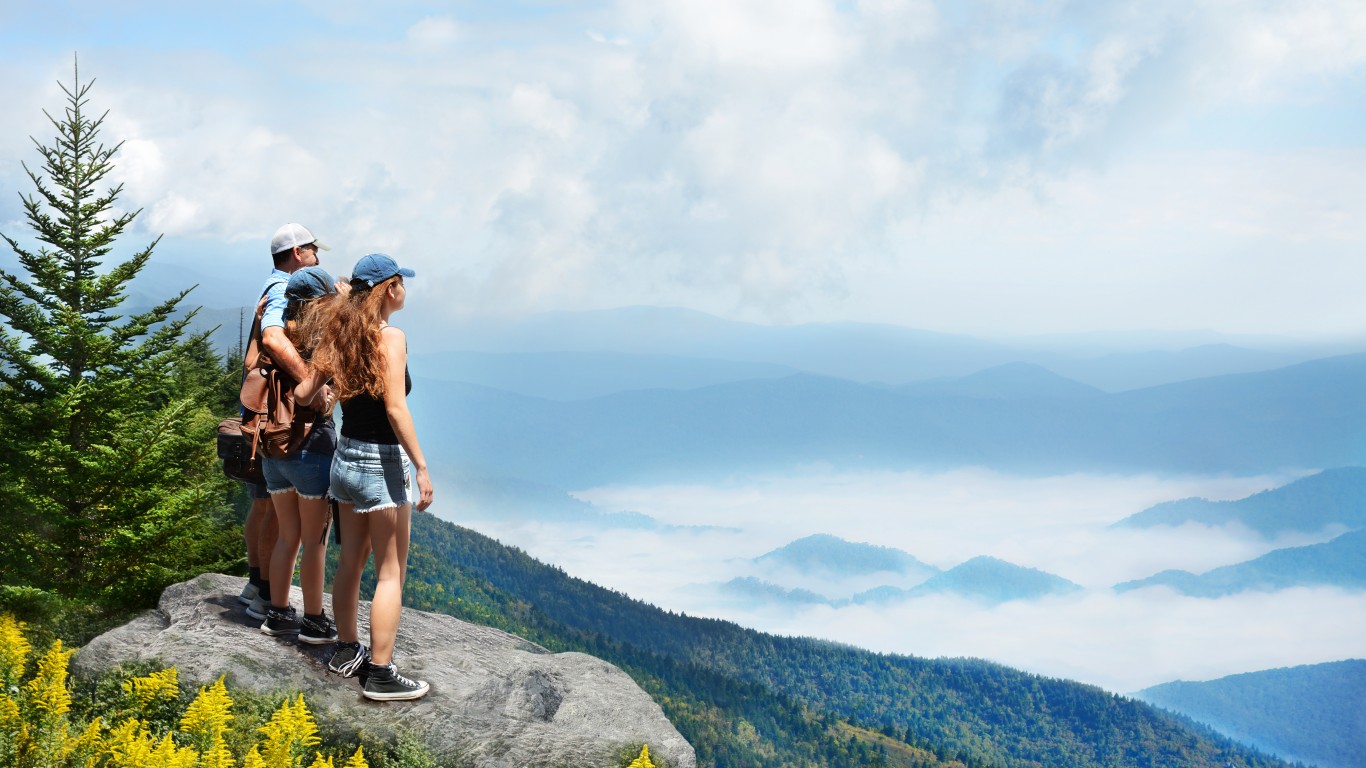 North Carolina has the 14th lowest average life expectancy of all states. The state has a relatively high poverty rate, uninsured rate, and share of households with an annual income of less than $10,000, all of which increase the risk of poorer health outcomes in populations.

About a quarter of North Carolina residents report no regular physical activity. That may partially be due to the lack of easily accessible gyms and other places for physical activity. About 74% of the state’s population has access to such facilities, the 10th lowest share in the country and significantly lower than the national average of 84%. 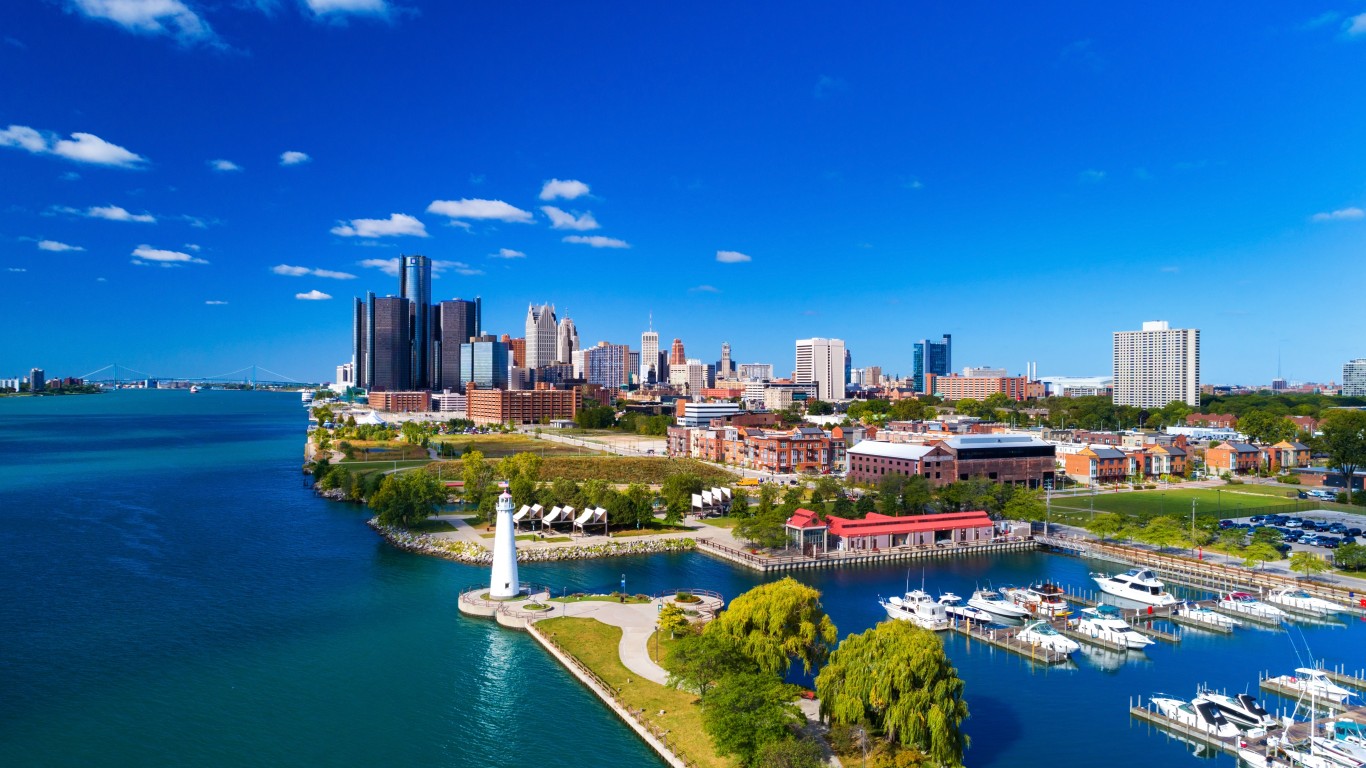 The differences in average life expectancy at birth across states are closely related to differences in socioeconomic and health-related behaviors, such as the share of college-educated adults and smoking rate.

In Michigan, the percentage of adults with at least a bachelor’s degree is 30.0%. While this share is higher compared to other states with shorter life expectancies, it is below the national bachelor’s degree attainment rate of 33.1%. Additionally, approximately one in every five adults in the state smoke, among the highest smoking rates of all states.